To Whoever Created 'Punish A Muslim Day,' Thank You For Showing Us Hate Will Never Win
Odyssey
CurrentlySwoonLifestyleHealth & WellnessStudent LifeContent InspirationEntertainmentPolitics and ActivismSportsAdulting
About usAdvertiseTermsPrivacyDMCAContact us
® 2023 ODYSSEY
Welcome back
Sign in to comment to your favorite stories, participate in your community and interact with your friends
or
LOG IN WITH FACEBOOK
No account? Create one
Start writing a post
Lifestyle

To Whoever Created 'Punish A Muslim Day,' Thank You For Showing Us Hate Will Never Win

You showed me that Islamaphobes will never win. You reminded me that there's so much good in the world. 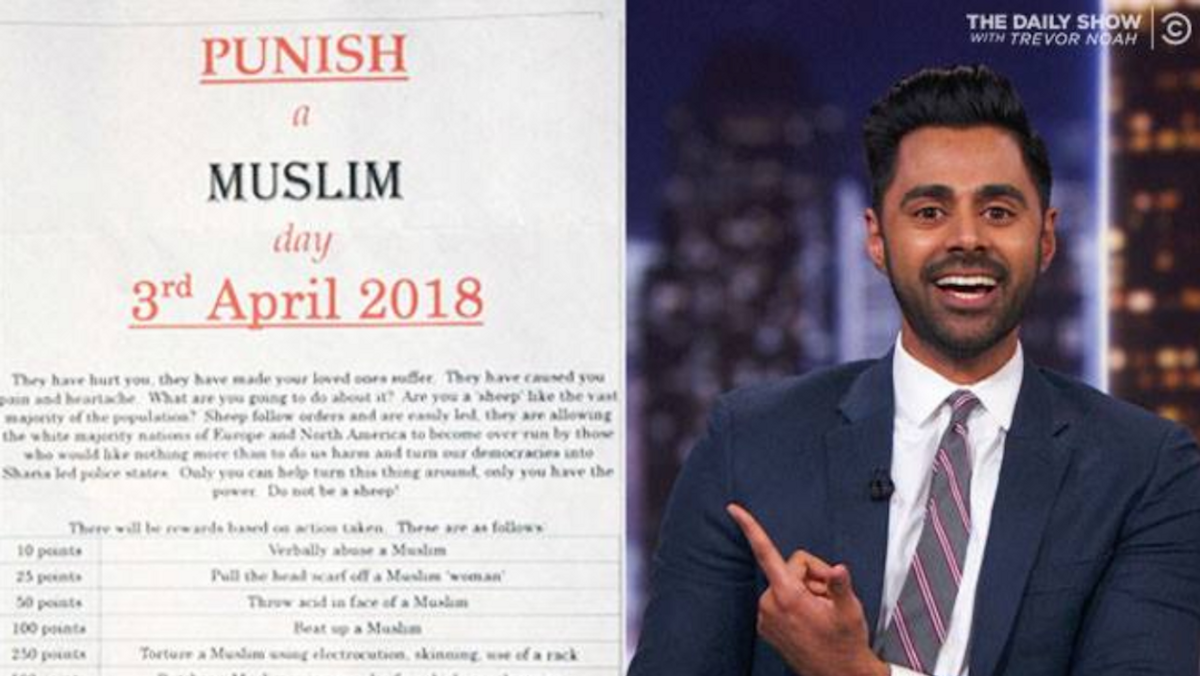 
Oh, and I forgot the newest addition to the calendar …

Throughout March, multiple communities in Britain anonymously received letters that April 3rd would be "Punish a Muslim Day." As you can see, each act would receive a different amount of points.


The real question is: Who's counting the points?

It's not a joking matter, but I can't help but laugh. Especially after seeing Hassan Minhaj's reaction. It's actually hilarious.

Despite that animosity that's attributed to this day, Muslims have received an enormous amount of support. Thousands of people, instead, participated in "Love a Muslim Day."

When I went to Dunkin' Donuts that day, the customer in front of me complimented my scarf and we stood there having a conversation for about 5 or so minutes. Rutgers University sent out an email: "Love a Scarlet Knight — Let's Combat Hate with Love." It attached a "Bingo" sheet to serve as a prompt in facilitating acts of love and kindness.

An influx of people on social media from around the world continued to remind us that there's they're here for us. Countless people assured us that they'll protect us from the Islamophobia of racists in the world. Cities all around joined in solidarity to stand up against Islamophobia, many of who surrounded mosques protecting Muslims from any harm that could have come their way.

To whoever created this "Punish a Muslim Day," thank you.

Thank you for showing me that Islamophobes will never win.

Thank you for reminding me that there's so much good in the world.

Thank you for making me feel supported.

Thank you for reassuring my faith in humanity.

Thank you for unintentionally making me feel safer.

Thank you for giving me an army of protection I didn't know I needed.