What if We Eliminated Grades Completely?
Odyssey
CurrentlySwoonLifestyleHealth & WellnessStudent LifeContent InspirationEntertainmentPolitics and ActivismSportsAdulting
About usAdvertiseTermsPrivacyDMCAContact us
® 2023 ODYSSEY
Welcome back
Sign in to comment to your favorite stories, participate in your community and interact with your friends
or
LOG IN WITH FACEBOOK
No account? Create one
Start writing a post
Politics and Activism

What if We Eliminated Grades Completely?

Why the traditional grading system isn't as effective for actual learning. 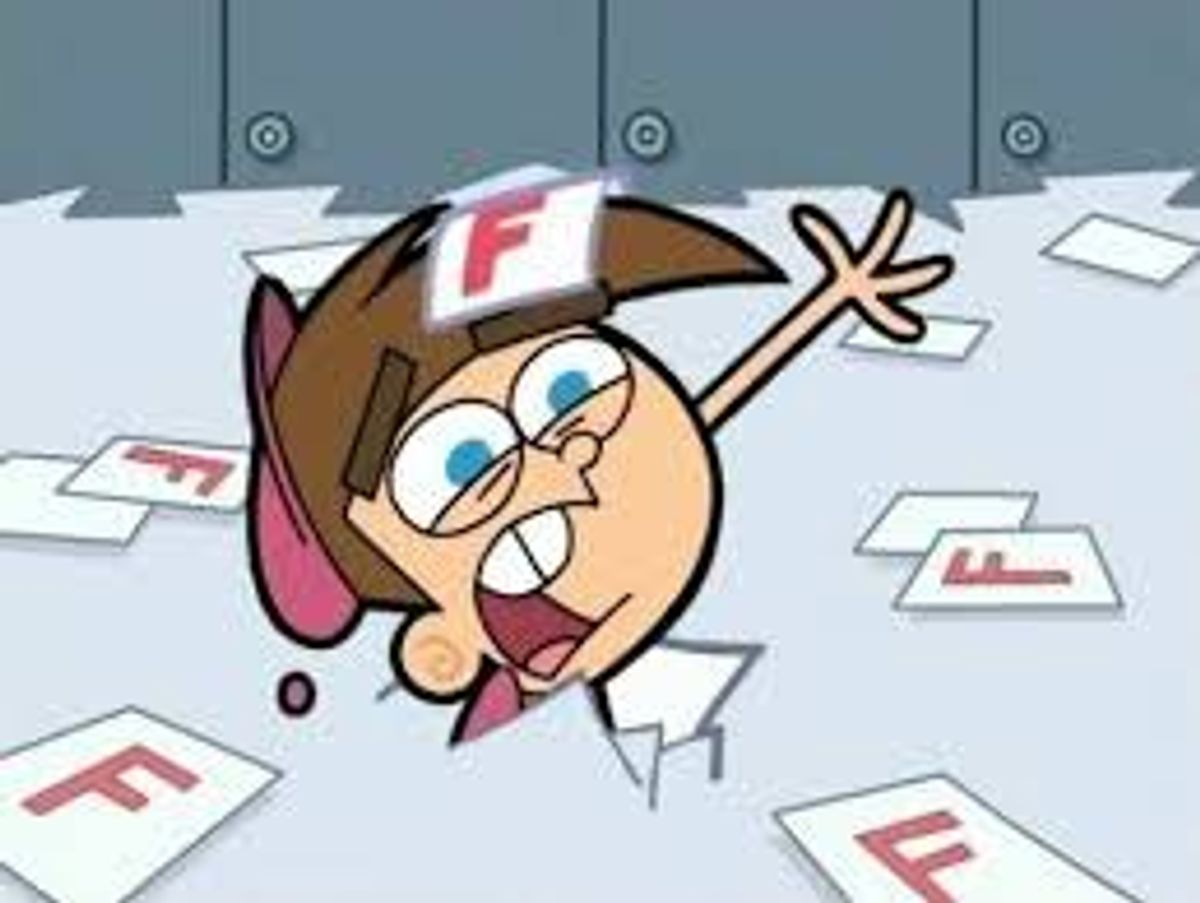 Mark Barnes, an international speaker and author of five educational books, is one of the biggest advocates of eliminating the traditional grading system of the classroom. He says in his highly popular blog, "Brilliant or Insane: Education on the Edge," that "grades are just a math game," and that "If you know how to work the numbers, you can get a good grade." Barnes goes on to say that we, as Americans, need to turn to what he calls, "Assessment 3.0," where we inspire learning by ridding classrooms of grade books.

But what would happen if we accepted Barnes's methods and completely abolished the traditional grading scale we've all come to know (and often hate)?

One teacher decided to try it out. Starr Sackstein decided after many monotonous years of teaching in the traditional manner, that many students didn't walk away recalling most of the information covered throughout the course of the year, and thus, had not truly learned very much at all. However, after eliminating grades from the "math" of assessments, Sackstein found most of her students wanted to learn just for the sake of learning! She said in Education Week:

I would review each student's work, summarize and explain what I had observed, and ask questions. "Did you consider doing it this way?" I might inquire. "What would it look like if you tried this instead?" Soon, students had these informative conversations with each other, as they grew into enthusiastic, independent learners, who never feared a bad grade, because there were no grades. They never asked for extra credit, because there was no credit; there were only learning opportunities. Learning for the sake of learning.

She found success among the students, but not so much in her district's mandated need for a grade for each student. So when it came time, she even let them grade themselves. While many might assume her students would all give themselves A's because that's what we've come to be taught. Sackstein said that she "was astonished by self-evaluation of young people. Some even said that they deserved failing grades, because they didn't work as hard as they could have. While I hated the idea of placing a label on my students, the discussions about what they had accomplished and what they wanted to improve upon were invaluable."

Ultimately, eliminating traditional grades strongly improved greater learning for Sackstein's class, affirming Barnes' claims. Many other teachers have since jumped on the bandwagon and have seen near-equal triumphs in the information students recalled after the class, their self-confidence levels, and their self-awareness in areas that needed improvement.

Grade anxiety is a growing condition that plagues many students across the United States, according to many studies, so maybe it's time to abolish traditional grading all together. In addition, students give up learning after a steady stream of bad grades, and grading may also lead to more issues such as cheating or other unethical behavior.

Maybe the reality is that switching to authentic feedback and assessments to discern better what each student needs to improve upon will finally heighten overall thirst for learning. Actually learning something in a classroom that you can recall and utilize in your future life? Sounds like an A+ in my book.