10 Fictional 'Nice Guys' Who, Like IRL 'Nice Guys,' Were Actually The Worst Guys

10 Fictional 'Nice Guys' Who, Like IRL 'Nice Guys,' Were Actually The Worst Guys

And they were propped up as characters to root for. 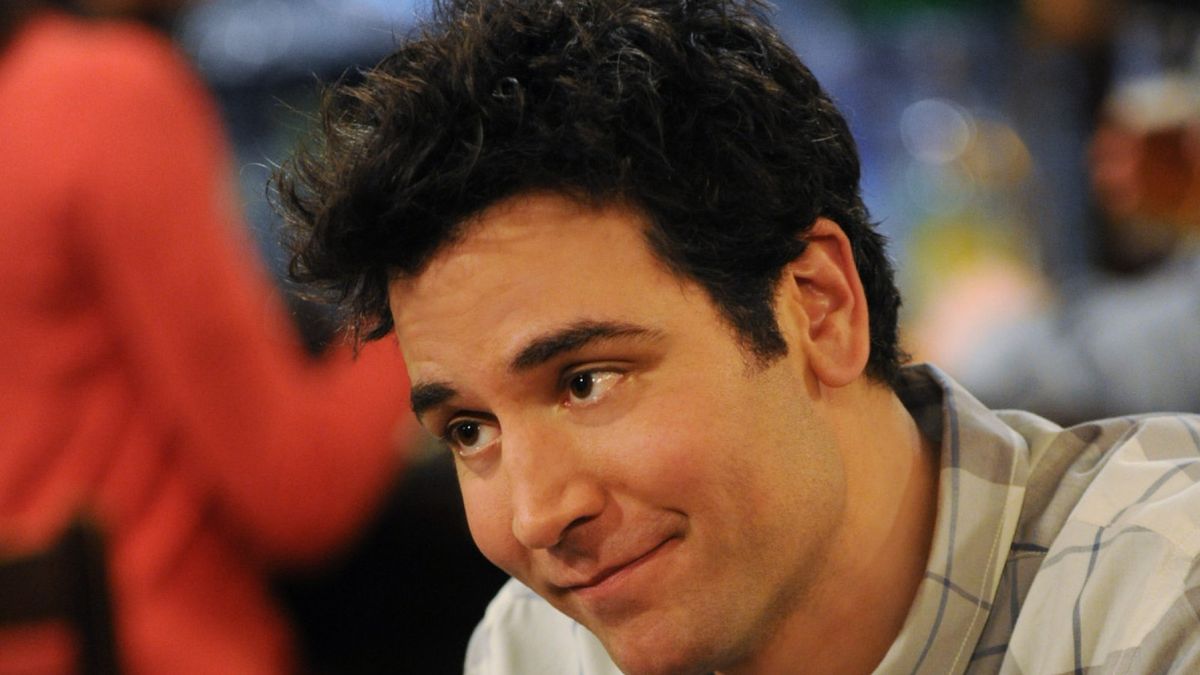 The "Nice Guy." Usually a main character, and the guy we're supposed to root for to "get the girl." It's a common trope in literary and screen fiction.

In many cases, they do get the girl, in the end. It may not be so bad if it was not obvious that the show/film was pushing that we are meant to like or sympathize with them.

However, there were several in fiction that were not even "nice" at all. Ladies, do what you will, but if you meet any guys who are similar to any of these men, proceed with caution!

(Be warned, there are potential spoilers in this post.)

Ted (Josh Radnor) was the protagonist and narrator of this show. In the pilot, he decides to start searching for his soulmate after his best friend, Marshall, gets engaged. He instantly falls in love with Robin (Cobie Smulders) at first sight.

His questionable behavior begins in this very episode, when he steals a blue French horn that he and Robin had had a conversation about on their first date, from the restaurant. He also exhibited transphobia, like when he's thinking of "dealbreakers" and imagines Robin telling him at the altar that she used to be a man.

When he meets Stella, he insists he will get her to go out with him, despite her turning him down. To top it off, in the series finale of the show, the past eight seasons seemed to have been ignored when Ted used the titular story to ask his kids' permission to forget about their mother and go after Robin, whom he's still obsessed with eight years later.

Fun fact: The term "friend zone" originated on "Friends," about none other than Ross Geller (David Schwimmer) himself. In the first season, Joey tells him he's the "mayor of the [friend] zone," when he's brooding over Rachel for about the fourth time in seven episodes and then says he should just make a move now.

When Ross and Rachel finally got together, they became a poster child for many TV relationships that followed, even though their relationship, whether it was on or off, was actually terrible.

Some of Ross' lowest points - and there were a lot - were the whole Mark debacle in the third season, during which we find out that he doesn't actually want Rachel to have a job that she's happy doing, refusing to annul his accidental marriage to Rachel in the sixth season because he was too self-centered about being seen as a guy with three divorces and disliking the competent male nanny she hired for their daughter in season nine because he was a guy.

He also made Rachel act petty and jealous, all while she was going through this beautiful growth of overcoming her spoiled, rich girl past.

Bottom line is, Rachel should not have gotten off the plane for him in the series finale.

Xander Harris (Nicholas Brendon) was the nerdy best friend of badass Buffy Summers (Sarah Michelle Gellar.) He was in love with her, completely ignoring Willow's (Alyson Hannigan) feelings for him.

In the first season, he ignores Buffy's request to not watch her get dressed...by watching her get dressed in the mirror. One episode later, he tries to rape her. When she falls in love with Angel, Xander convinces Faith to kill him because of it.

During the time he dated Cordelia, he was constantly rude to her, especially regarding what she was wearing. The kicker is that he casts a spell on her to remove her agency and make her act like she's in love with him. And he gets away with it because Cordelia does not get angry at him.

Later, he leaves Anya (Emma Caulfield) at the altar when they decide to get married and then tries to convince her to start dating again as if she's not still sore from being abandoned at her own wedding.

Then, Xander has the gall to slut-shame her after he finds out she slept with Spike (he also does this with Buffy). Because how dare these women sleep with someone who is not him.

Yes, the titular character was the worst part of the show. From slut-shaming Jen to whining about how Joey was acting too "female" on him, the show should have been named after literally any other character.

He would constantly use Joey's (Katie Holmes) feelings for him to complain about how difficult his life is, and when they dated, he did creepy things like read her diary. He would also be very condescending about Joey's love for art, calling it a "hobby," all while his filmmaking was a "passion." Dawson would also constantly whine about how girls didn't like him, and how his life was so difficult.

Thank god Joey left him to go sailing with Pacey, creating the most gif-able moment of the show ever, above.

Noel Crane (Scott Foley) was Felicity's resident advisor at college and a constant whiner. While he was a really nice guy, he also exhibited "Nice Guy" traits like whining about Felicity's feelings for Ben, as in the scene above...and sleeping with her while she was still dating Ben. For a time while the show was airing, the Ben/Felicity/Noel love triangle shaped television romances and opened the door to TV love triangles.

I was a little unsure about adding him because he didn't seem to fit the trope until the very last book in the series. Severus Snape spent seven years viciously bullying Harry and his friends, all the while acting as a double agent against Voldemort and protecting Harry.

Only when he died in "Deathly Hallows," did we find out that he had once been best friends with Harry's mother, Lily, and had also been in love with her. Jealous of and bullied by Harry's father when they had been in school, Snape had held this grudge his whole life taking it out on Harry.

In the epilogue, we found out that Harry had named one of his children after Snape because he was "bravest man he ever knew." So, we were supposed to forget the six years of torture, psychological and emotional abuse that Harry and his friends suffered at his hands just because he was obsessed with Lily?

Lucas Scott (Chad Michael Murray) was all around terrible mainly because he played with both Peyton's and Brooke's hearts. While dating Brooke (Sophia Bush), he cheated with Peyton (Hilarie Burton)... her best friend.

He was constantly indecisive because while being with one girl, he always wanted the other. Then he got engaged to Lindsay, while still having feelings for Peyton. Then he would act surprised when called out on it all.

Outside of that, he seemed to think he was so smart and deep when actually his anecdotes made no sense, and all of his "advice" to others was usually full of judgments. He was also master at playing the victim.

Brooke and Peyton should have both dumped him and ran off together instead.

Joseph Gordon-Levitt is a cinnamon roll, but Tom Hansen was awful. What made him so terrible is that it really seemed like the movie wanted us to hate Summer (Zooey Deschanel) because she fulfilled the role of Manic Pixie Dream Girl.

In actuality, it was totally valid that she had no interest in him anymore because it happens in real life and she has a right to feel that way. Tom was in the wrong because he was the one who built her up and put her on a pedestal, which led to him being hurt by her over and over and why he fell into a deep depression.

Seth (Adam Brody) was the dream boyfriend of many "hipster" girls in the early 2000s, and many viewers wanted him and Summer Roberts (Rachel Bilson) together. But, in actuality, Seth was awful.

For instance, he constantly pits Summer and Anna against each other over him, as if he's worth it. And when Summer dresses up as Wonder Woman for him, he makes out with her but then leaves to go make out with, you guessed it, Anna.

He was also extremely self-centered, lied to Summer many times, left her behind to go out on a boat and made petty comments about her great SAT results.

Honestly, I mainly included him just to use this gif. I never watched this show, but from what I understood there were mixed reactions to Dan (Penn Badgley). He seemed to have been a spoiled, rich guy who slut-shamed Serena for having a sexually active past, and then in the fourth season, does it again when he finds out she slept with her teacher.

Except, he slept with his teacher in the previous season, so...he's a hypocrite too. He was also best friends with Chuck, an almost rapist twice over, one of his almost victims being Dan's sister. Dan also really laid the "tortured artist" role on thick, playing the Poor Little Rich Boy act.


His relationship with Blair (Leighton Meester) had also seemed to have mixed reactions, from what I observed on social media. However, like with Lucas on "One Tree Hill," Blair was Serena's best friend. So that is already a no against him.

However, the finale revealed that Dan was really "Gossip Girl" all along, as a way to get Serena and make her realize she belongs with him.