On Newt Scamander And Autistic Representation

Newt Scamander is a hero for neurodivergent viewers -- so how come it's easier for other viewers to accept magic exists than that fact? 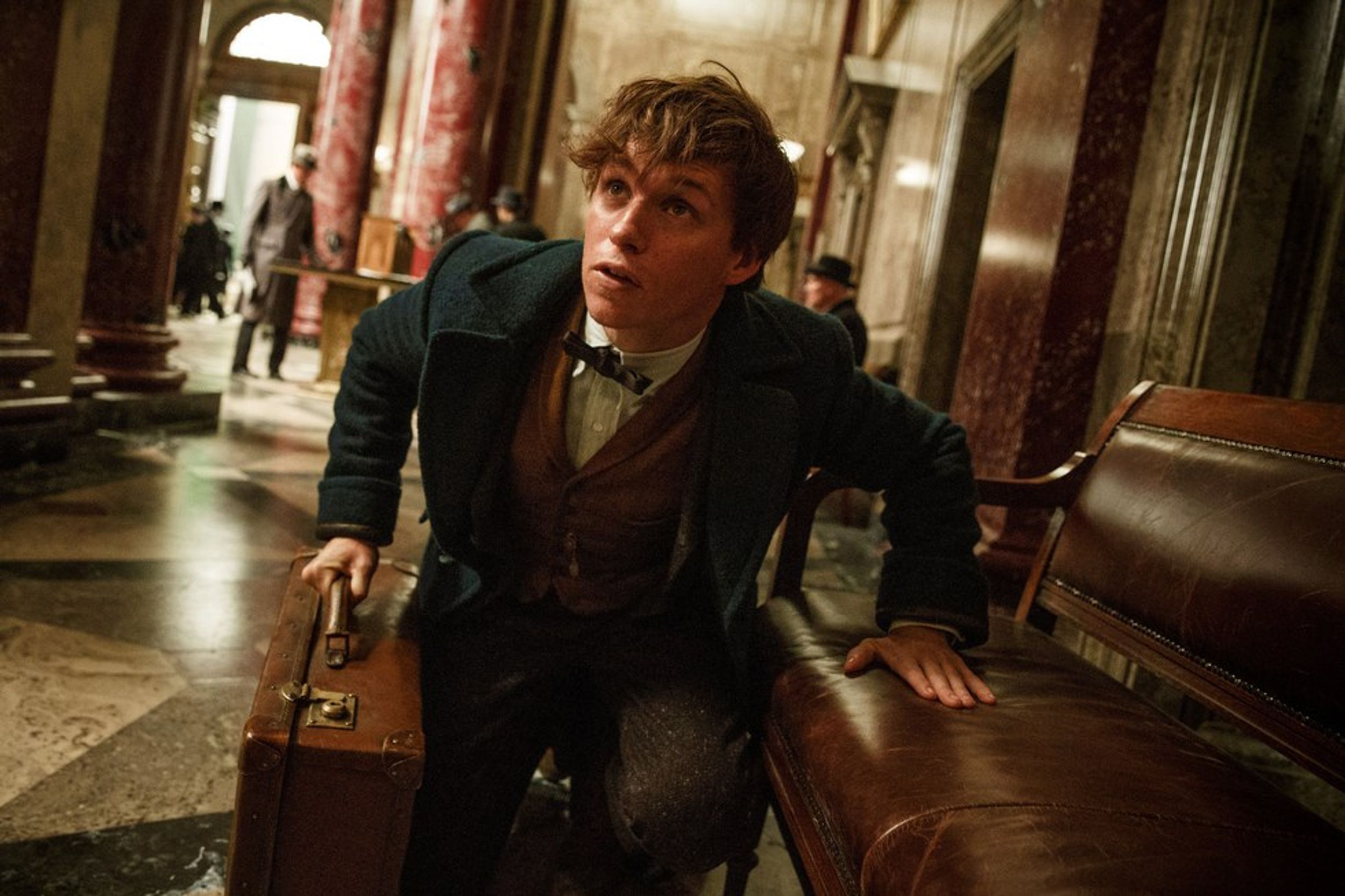 I wasn’t sure what I was expecting when I went to go see "Fantastic Beasts and Where to Find Them". In truth, I had accepted that the Harry Potter franchise was over years ago; I thought it seemed silly to create a whole new series within the same universe. However, when it came out I felt a bit more excited about it, and a week later I finally went with my mother to go see it.

Newt Scamander, the main character of the movie, is odd. Most people seem to agree that his first appearance is jarring. He gets off a boat in New York City and is ushered through customs, where a gruff worker begins to question him about the suitcase he had brought with him. Newt won’t meet the worker’s eyes. He’s a bit distant, voice soft and mannerisms peculiar. For a moment, I wondered how any director would possibly allow that sort of acting to pass through. But by the time the next scene rolled around, it hit me -- oh! Newt’s autistic!

Autistic representation in media is not discussed, even though it is quite a pertinent issue. When it comes to autistic characters, the only one that personally springs to mind is Raymond Babbit from the 1988 movie "Rain Man". There’s already been plenty of discourse about that movie, with the main criticism being that it relies on stereotypes, including autistic savantism, which is a rather rare occurrence.

It’s estimated that 1% of the world population has autism, which ends up being about 74,000,000 people worldwide. Despite that staggeringly large number, general education on autism is absent. Autistic people remain terrifyingly isolated, starting in childhood, where teachers lack proper training on how to help autistic students succeed to the best of their abilities and children bully them for something out of their control. Few people speak out on the abuse directed towards autistic individuals and how their autism manifests in themselves. Instead, autism is seen as behavioral issue, or a disability that causes many allistic* people to view those with it as subhuman, or as an insult (and if you’ve never seen it used as an insult, I’m so, so glad you’ve never had to experience the misery that is scrolling through a YouTube comment section).

I bring all this up only to mention that joy that I felt when I realized that Newt, whether intentionally or not, behaved very much like a person on the autism spectrum would. In a world where people are constantly punished for their autism, or tendencies from other things that might mirror autism (whether that be anxiety disorders, learning disabilities, giftedness, related conditions and disorders, or just personality quirks), it was quite refreshing to see a main character who embodied that and was not shamed for it.

I feel this is particularly highlighted near the beginning of the film, where one of the characters try to reassure Newt that someone out there probably likes him. “No, not really, I’m annoying,” Newt responds. It was a sentiment that hit me hard, a mindset that I had been stuck in since childhood after multiple kids made it very well known to me that they didn’t like my obsessive, nerdy, awkward nature, which only kept me trapped in my own bubble with very few friends. However, despite Newt saying that about himself, the other characters of the movie didn’t find him annoying or generally unlikable. They befriended him with ease. The fact that he functioned so differently didn’t push them away. Instead, it ended up drawing them together.

Leaving the theater, an image of a child like Newt going to see that movie popped into my mind. If I, a college student, could feel a bit better about myself after seeing Newt, I couldn’t imagine what Newt would do for an autistic child obsessed with animals and the Harry Potter universe.

Critics and reviews, to me at least, don’t quite understand that Newt is a champion for neurodivergent* viewers. They’re quick to blame it on bad writing or bad acting, and even quicker to accept a universe where magic and fantastic beasts are real but a person that mirrors the hallmark symptoms of autism is not. And that’s really what troubles me: if a character with a condition, disorder, or disability does not have their condition, disorder, or disability blatantly named and they’re not visibly suffering from it, they go from being an acceptable and intriguing character to a bad one. This, in turn, only reflects the fetishization of disabled and neurodivergent people in media, and reinforces the idea that people with these things are a spectacle to be observed and cured of, rather than a normal human being that has something a bit different about them. Think about it: when was the last time you saw a disabled and/or neurodivergent character that was the focus of a story that wasn’t about their condition?

Whether Newt actually has autism or some other neurodivergent condition or is just a bit peculiar, whether you love the movie or hate it, whether you love Eddie Redmayne or hate him, one thing is very clear: there needs to be more representation of people like Newt. Many people, including myself, fell in love with him instantly when they saw themselves reflected in Newt. The backlash for characters who behave oddly, when not in a charming, whimsical way, or a rogue, antisocial way, needs to end. I, for one, am quite ready for a world full of Newt Scamanders. When will everyone else be?

Caitlyn Morral
St Bonaventure University
5737
Wordpress
Odyssey recognizes that mental well-being is a huge component of physical wellness. Our mission this month is to bring about awareness & normality to conversations around mental health from our community. Let's recognize the common symptoms and encourage the help needed without judgement or prejudice. Life's a tough journey, we are here for you and want to hear from you.