My New Year's Resolution For America

There needs to be some changes next year. 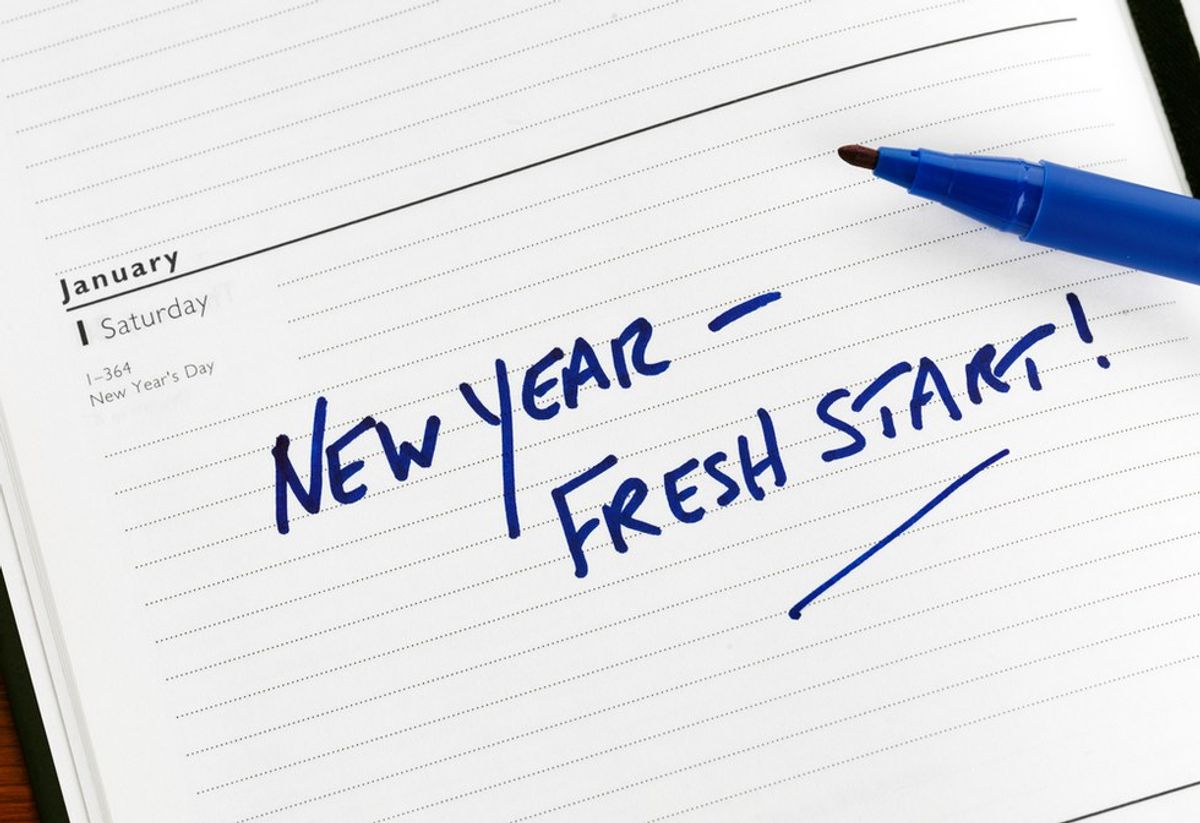 2016 was a very interesting year, to say the least. Many people have deemed it the worst year ever. I would have to agree that there were a lot of things in the past year that went wrong. However, unlike many of my fellow millennials, I would have to argue that the majority of the problems came not from the government, but from the American people. Recently, more and more attention has been paid to ideas like political correctness. I would argue that that is the reason so many people had such a bad time in 2016.

Americans who have been fixated on political correctness, diversity, and not being offended are just not going to be happy. It's impossible to be happy when people feel the need to nitpick at everything anyone says to them (or doesn't say to them, in some cases). The truth is, I don't feel bad for people who go on and on about how terrible 2016 was for them. In all honesty, the political correctness obsession was a real downer for me in 2016, because it caused everyone to be so upset all the time.

Of course, this has been a year full of political tension. That's understandable; there is bound to be some disagreements and tensions during an election year. But this year, it was out of control. There were agitators on both the right and the left, but I have to argue that liberals were the biggest contributors to all of these problems. And it all comes down to being offended. First, people thought it was offensive that Donald Trump would ever criticize Hillary Clinton, blaming him of being sexist. Then, Trump promising to crack down on illegal immigration was racist (you can read more about my thoughts on illegal immigration here). Then, after Trump won the election, democratic election was decried as a prejudiced and unfair system.

I'm not going to get into why all of these reactions are uncalled for in this particular article. Maybe some other day. Because what I want to say is that, going into 2017, we need to change. The first thing that needs to change is the political correctness epidemic. I would totally agree that calling out people with malicious and unreasonable intentions is necessary. There are definitely racist, sexist, and homophobic people out there who need to catch up with the times. But millennials cannot sustain the habit of accusing everyone of being prejudiced all the time. If this keeps up, we will never be happy.

Now, I know that a lot of people believe that saying such a thing is in itself prejudiced. But here is my logic: in order for anyone to be happy, we need to stop trying to cater to everyone and focus, more or less, on ourselves. In America, we all have the same rights. We have the rights to a public education, to police protection, to free speech, to bear arms. But we do not have the right to not be offended. We are all given the same freedoms and rights, regardless of race, gender, or any other identification one might have. What we should do is focus on using those rights and freedoms to create a good life for ourselves, rather than trying to argue that someone hasn't been given those rights.

The more time we spend on crusading for political correctness, the less time we spend collectively being happy. If you don't want to be happy, and would rather chase "social justice," then knock yourself out. But the problem here is that I've heard too many people who obsess over political correctness saying that they've had such an awful year. If you want to be happy, you can't keep looking for reasons to be offended. Worry about yourself. Be the kind of person you want others to be. By all means, do what you can to help others. But this fixation on finding political correctness (in a country where we all have the exact same constitutional rights) will never make you happy.

I wish you all a happy new year, whether you agree with me or not. All I ask is that if you're planning on commenting on this to tell me it's not politically correct, just don't. Reread it instead.