If you've been living under a Netflix-sized rock, you probably haven't heard of "Outer Banks." Allow me to change that. 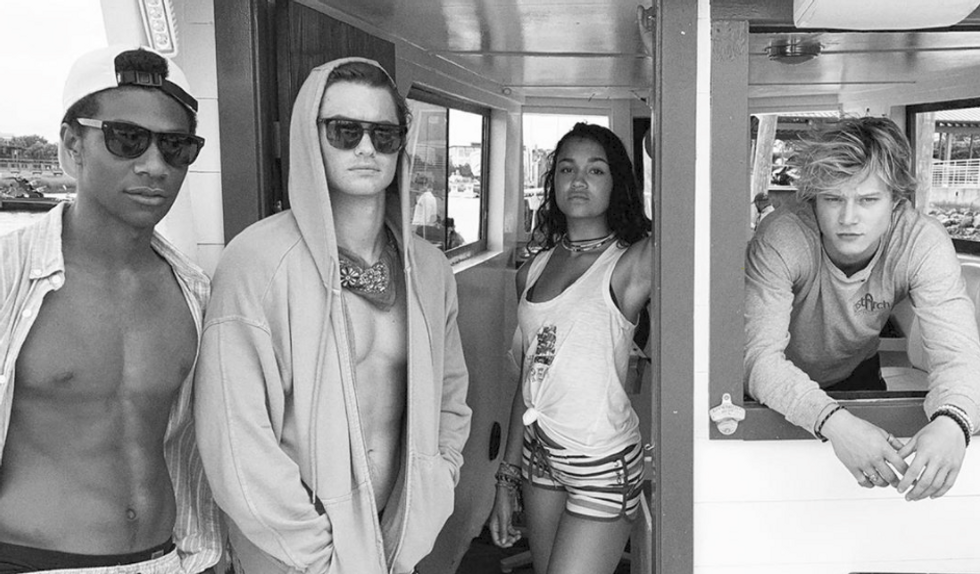 For starters, pogues are WAY better than kooks. (Don't worry, you'll understand if you keep reading.)

Recently, since we've all been in quarantine, it seems as though streaming sites like Netflix and Hulu have been amping up their game. Countless days indoors, where mainly your television set and/or books can offer a means of escape, are when subscriptions like these come in handy.

With the end of the college semester fast approaching, I've been able to read and binge-watch more than I usually am. And thank God, because Netflix recently released some gems in the past few months. Not only is Mindy Kaling's new teen comedy, "Never Have I Ever," a huge hit, but so is another summer-y, teen drama (that's conveniently filmed near where one of my older favorites was).

Ladies and gentlemen, you guessed it - I'm talking about "Outer Banks." Set in the location of its namesake, OBX is a teen drama/romance/comedy/adventure story that follows a group of friends as they search for the gold, in more ways than one. These four friends (John B, JJ, Pope, and Kiara) are known as "pogues" because they inhabit the poorer side of town, while the rich folk are known as "kooks."

The "pogue life" has been a rollercoaster of a battle in order to stay afloat - in finances, school, and otherwise. While high school is rarely mentioned (give 'em a break, they're out for summer vacation), the four main protagonists begin searching for hidden gold after John B connects the dots that his father may have disappeared trying to do the same. When the quartet pick up where John B's dad left off, they're met with obstacles on all sides - including kooks, parents, drug dealers, police, and more.

Suffice it to say, the show is certainly worth attention because it not only keeps you on the edge of your seat but, as Chase Stokes (the actor who plays John B) has said, "the show has mastered the cliffhanger." Because the show is so versatile, there's almost everything to keep you entertained during any season or emotion in this strange time at home. And having the show set in a picturesque coastal town like the Outer Banks certainly doesn't hurt either!

Aside from the plot synopsis and setting, the character development and the actors who play those characters are really a treat to watch. Each character has their own story, background, secrets, and desires - even the adults, which is something not usually present in young adult content.

One of the things about acting is that actors have to be believable in their roles - audiences have to see that the actors are able to fully embody the atmosphere of the show. This show is no exception, but I don't think the show has anything to worry about concerning its main cast.

From the interviews and press junkets, it's easy to see that the cast gets along extremely well. They know each other, both as part of the show and personally. A group of them even spent part of quarantine together, staying in the same apartment before everyone went back home to be with their families.

Fans of the show have truly rallied behind the actors, including the worthy causes and organizations that are important to them. The show itself reached #1 on Netflix in several countries and it appears that the writers have plotted the storyline for as many as 4-5 seasons. In addition, Netflix had green-lit script-development for Season 2 before the first season even premiered! While the official OBX social media pages have yet to make any official announcements, it's safe to say that future seasons are definitely possible (and needed, for a lot of hungry show-bingers who already finished the season within the first week of its availability).

Stream season one of "Outer Banks" on Netflix now. I can almost guarantee you'll be hooked!