millenials and relationships do not mix 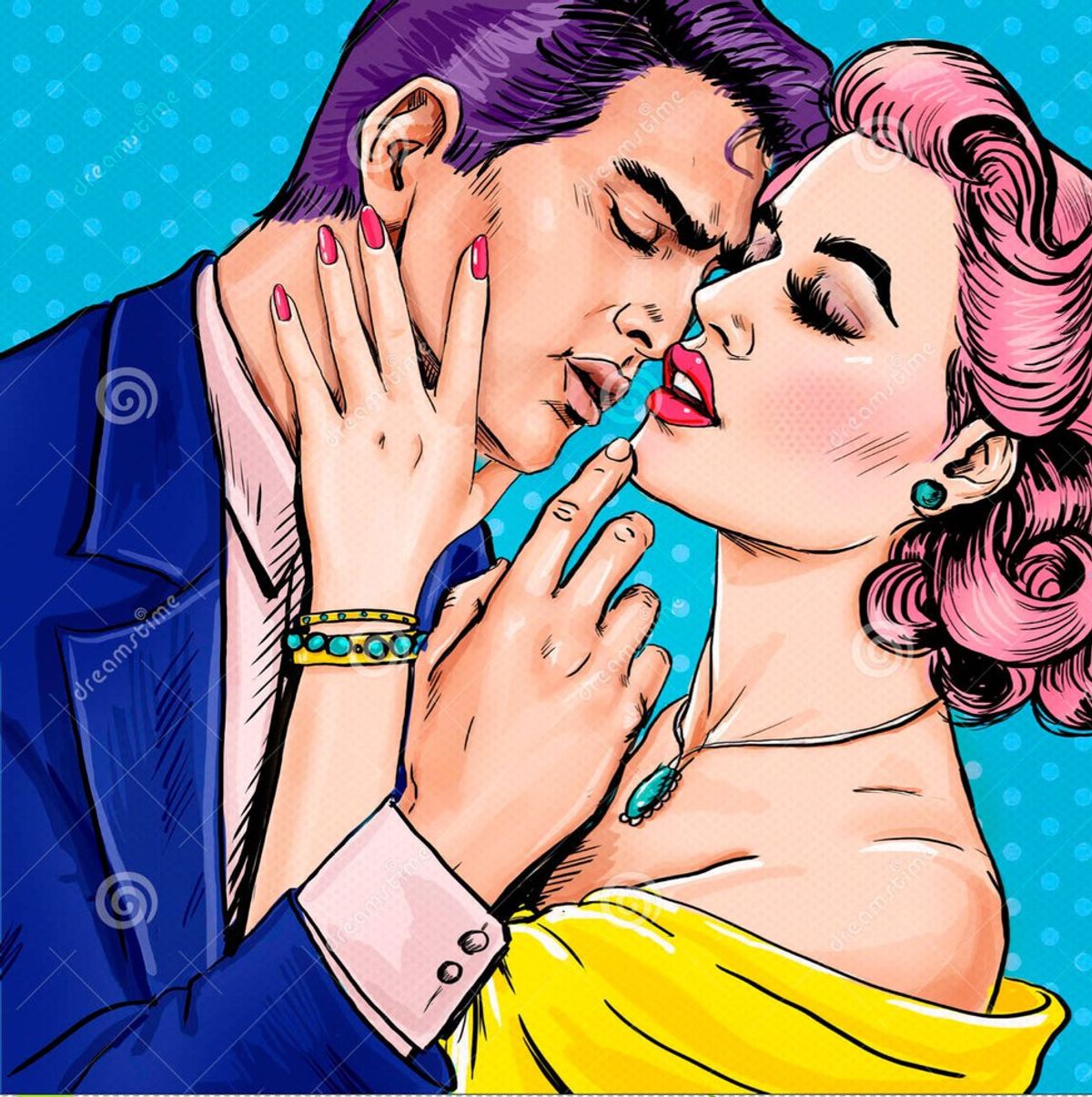 Relationships tend to be nonexistent these days. The concept of having a relationship with someone has changed drastically. Now, for those reading this who are already in a beloved relationship, congrats, this article isn't for you.

"Omg he liked my picture!" "Omg he watched my story!" I have heard this numerous times and it's ridiculous that this is something that shows any kind of emotional or physical attraction. A like on Instagram does not mean he likes you. Watching your story does not mean he cares. I skip through so many stories, trust me, the odds of him sticking through the whole story are slim to none. No one has time for that. Social media is playing a huge role in why relationships do not last. With social media, there is this idea that there are so many options in the world, there is no reason to stick with what you have. WRONG. Social media, it's where you share only what you want to share, and you can look at someone's Instagram and be like "wow look how great they are," but in person, they are not so great and do not have it so "together". Have you noticed that someone can be in a good, healthy relationship but they have this idea that maybe she could be happier, so she runs away and cheats on her boyfriend or vice versa? But does that relationship of an affair last? No, of course not. Because not everything you see online is true, people are not always what they make themselves out to be.

ALSO in today's relationships, if your partner likes a picture of the opposite sex it starts a big commotion. Since when is liking a picture a crime? Things are being taken so out of proportion. Social media causes problems that never even existed before it became such a mainstream thing.

I remember being told "communication is key" but communication no longer exists with this generation. It is all just a bunch of stupid mind games, stupid guessing games. There are these rules to how a relationship should be and how the communication should go, which is ridiculous. Girls can't text first because it seems desperate, girls can't double text because she's too clingy *inserts rolling eyes emoji here.* It is ridiculous, like who comes up with this? I hear a lot that "the guys should look for the girl" but it's not so much the guy looking for the girl. There should be a mutual respect, mutual communication, a mutual attraction, and a mutual mind set of where this relationship is at. If none of that exists, then one person is going to be more involved than the other. It could be the guy. It could be the girl.

Now I am not trying to be biased to a certain sex. But just a little advice to the guys reading this: IF YOU ARE NOT READY FOR A REAL SERIOUS RELATIONSHIP SPEAK UP. DO NOT DRAG THE POOR GIRL ALONG TILL YOU DECIDE YOU'VE HAD ENOUGH. GIRLS HAVE FEELINGS AND AS MUCH AS WE PUT UP A VERY, VERY STRONG FRONT, FEELINGS DO GET HURT SO RESPECT THEM.

Before, when dating someone there was this thing where you brought them home to meet the parents. That does not seem to happen anymore. Now people don't know how long a relationship will last.. so what is the point of bringing them home. PAUSE there are some of us who still do this because we see potential, but of course, our partner doesn't see this "relationship" long term, so when the relationship does end we look bad with our parents and family members because we put in such an effort for nothing. Today, people have lost common courtesy. When being picked up, no one ever goes to the door anymore. It is just a quick "I'm outside" or "I'm here." Is it really so hard to get out of the car or even just holding a door for one another? People have lost their skills to show any kind of respect or manners for another human being.

Today, people talk, catch feelings, then dip when it becomes too "serious." I was discussing this with a good friend of mine just the other day, we came to the conclusion that it's the Millennials. Sadly for being apart of the age group, I'll say "we". We do not want the labels, we do not want the "seriousness" that comes from a relationship, we just want someone there and that is messed up to say. It's crazy how people just get up and leave without a legitimate reason when it gets too "serious" like what does that really mean honestly---you found someone that doesn't want to play games, a person who wants to dedicate their time to you and only you---seriously how is that so scary? Also may I just say: if the seriousness is a big problem don't let the other person in the "relationship" fall because that is when people get heartbroken and truthfully are scarred with that experience.

People no longer date, they talk and talk until they peace out. Have you noticed when you are talking to someone and go out to eat from time to time, it is not considered dating it is just "talking".. "oh we're just talking" what does that even mean? You're just talking but you go out on dates and somehow get introduced to their daily friend group and are around their arm during social gatherings. How is that just talking? People are so afraid of relationships that they cannot even say they are dating someone because there is a slight possibility that things continue to move forward.

Maybe so many people wouldn't be heartbroken if people were straight up and voiced what they wanted to pursue. I noticed so many people have been dragged along and it is so sad.

You ask millennials if they want to get married they say no, or yeah, they have thought about it but they never see it happening. So many people crave relationships but no one wants to stick to one person anymore, no one wants to invest their time into someone else. Then when something "good" comes along it is just pushed away, stomped on, thrown away and never to be spoken of again.

There are three groups of millennials, the first being those who get together for a couple months, have a baby and that's their life. Then we have group two: those who refuse to reproduce until they have the stability to bring someone else into the world, understandable. Group three: those who don't relate to anything I am saying because they are with someone they truly connect with, whatever.

I'm not trying to seem like I hate relationships, because don't get me wrong, they can be amazing things when you let them bloom fully. But when the other person doesn't help carry out what should be carried out, sometimes relationships can turn into something painful, yet something that can teach you so many lifelong lessons.