Why You Should Never Judge The Special Needs Community

Why You Should Never Underestimate The Special Needs Community

Never ever judge a book by its cover! 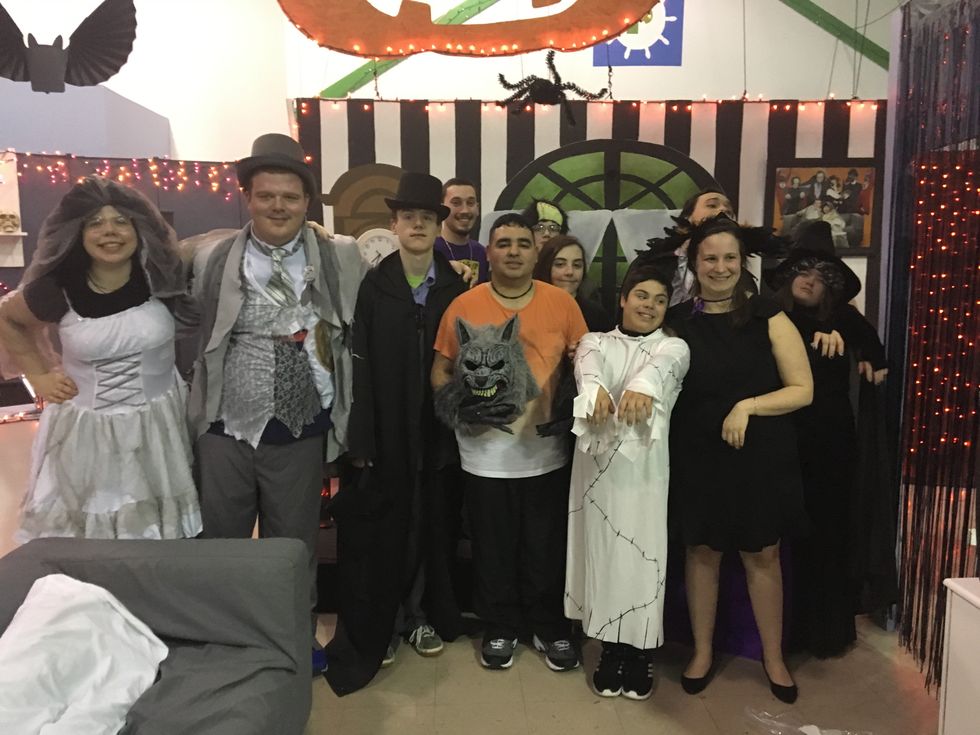 Last weekend, I went home because I was in a play. That may sound like an ordinary weekend to you, but to me, this was an extraordinary weekend. The people in the cast that I got to work with are all so talented, hard-working, passionate, and incredible people. The best part about all of this was that I am the only typical person in the cast while everyone else in the cast is a part of the special needs community. Me being the only typical person in the cast does not change a thing because everybody in the cast is just as talented as everyone else in the cast is. So before you jump to conclusions about how someone who is on the autism spectrum, for example, is not capable enough of acting on stage because of their disorder…

GIVE THEM A CHANCE!

THEY WILL PROVE YOU WRONG!

The play was an original show called "Rooms with a View, Halloween Havoc." It was written and directed by Michael McPadden and it was performed at a nonprofit organization called "The Pilot House Special Needs Center." The show was divided into two acts, and it is about the Cooper family as they prepare for the biggest night in the month of October: Halloween. This show was also meant to be seen as a classic American sitcom as each of the characters had wacky personalities, said corny lines, or did crazy stunts such as doing the moonwalk while carving pumpkins.

The character that I played was Barbara Cooper. She was honestly one of my favorite characters that I have played because she is a mom who puts her family first before everything else. Yet, at the same time, she is also a "cool mom" who is not afraid to show her childlike side by dancing around the living room with a wooden spoon. The overall development of each of the characters in this show was very well done. Each of the characters had their own unique backstory with their own unique quirks about them that make them stand out.

The casting of each of the characters was solely based on what each of the people in the cast was like in real life. For example, Barbara really reminds me of myself in some ways because she is very confident, determined, quirky, smart, and hard-working. My brother, Harry, who played my husband, Barry Cooper (yes, my brother played my husband on stage--now, can we move on, please?), reminds me so much of Barry because he is so funny, energetic, hard-working, passionate, and loyal.

I couldn't have asked for a better weekend or better people to have worked on a show with since September. Everybody on the cast and crew has worked very hard to put everything together, and all of the hard work really paid off since all three nights of the show were sold out.

I am so thankful to have been a part of such an incredible opportunity.

I am so thankful that I made these young adults smile.

I am so thankful that I showed these young adults how remarkable theatre is.

I am so thankful that these young adults are just as passionate about theatre as I am.

I am so thankful to know that Harry does theatre because of me.