Louis Campbell Talks to Me About Lumbee Pride, Culture, and Tradition 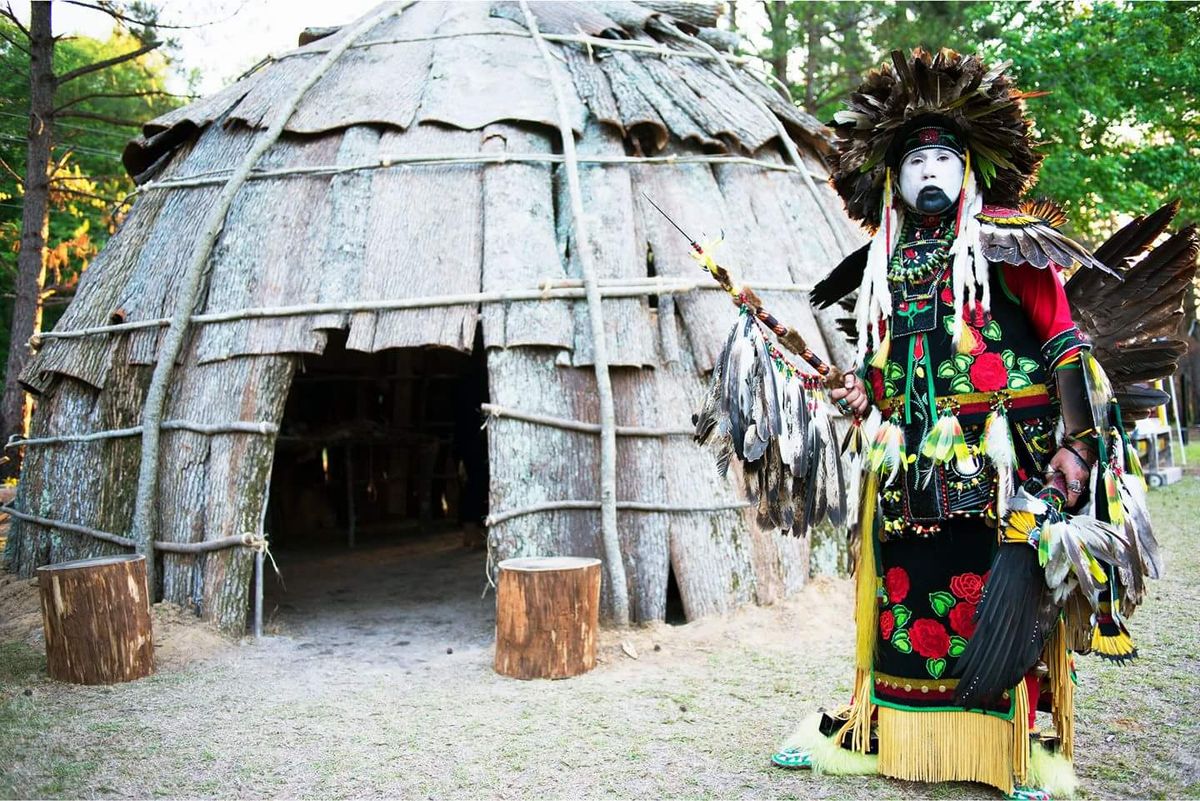 In Baltimore, Maryland, there is a Native American community that is very well alive and thriving. The majority of this community is made up of Lumbee, Cherokee, and Piscataway Indians. The Baltimore American Indian Center was established in the 1960's in order to serve this community, and in 2011 the center established a Native American heritage museum, which includes Lumbee art and cultural exhibitions. The month of November is National Native American Heritage Month, and the museum tends to have many showcases and exhibitions during this time, including performances by traditional dancers such as Louis Campbell, who is a cousin of my husband. I was able to speak with Louis about dancing, his regalia (the outfits that traditional Native American dancers wear), culture, and family.

Q: What is your Native American Heritage? What tribe(s) are you associated with?

A: I am Lumbee and Blackfoot, actually.

Q: How and when did you first become interested in traditional dancing?

A: I first took interest in traditional dancing when I moved to Baltimore, Maryland, when I was seventeen. I didn't actually start dancing until I was twenty-six.

Q: How did you learn to dance?

A: The Culture Program in Baltimore, at the American Indian Center. I would go there every Tuesday to play basketball, and the classes were before that. Keith Colston, who is now the Director of Indian Affairs of Maryland, was teaching the classes.I also have learned a lot from YouTube videos. My style is actually more North Western.

Q: What does it mean to you, to carry on traditional dancing and artwork, and the share your culture with others?

A: It means everything to me. I want to show my kids my pride in tradition and to carry it on. To my knowledge, I'm actually the only one in my family who traditionally dances. Actually, at first, some people in my family didn't approve of me embracing the heritage, because many people have been so Colonized and don't follow tradition anymore. I am extremely proud of my culture and my background, and who I am. I want everybody to see that and I show it everywhere I go and with everything I do.

Q: How many events have you performed in, and hold old were you when you first performed?

A: I was twenty-six years old when I first performed. Honestly I have no idea how many times I've performed, actually (haha). November is Native American month, and I perform at the museum in Baltimore sometimes two or three times a day around that time.

A: It really depends. For me, it's never-ending; I'm always adding to it. Depending on the piece, each piece of bead work takes one to three months. My regalia is dedicated to my grandma and my kids. The roses are for my grandma; she always had roses. The Medicine Wheel is to represent my kids, and my side tabs have my kids' birthdays on them. The bead work takes a long time.

Q: What is your favorite part about creating your regalia?

A: I don't like it, honestly. I like being able to say that I did it, and it saves money. I don't do the cloth-work. Many people have family members or friends help, or even do it for them.

A: A lot of that stuff doesn't really affect me. I don't really like the Halloween costumes and stuff, but it still doesn't bother me much. The only things that do bother me are people wearing/having eagle feathers, and the Washington Redskins logo; which comes from the term being used to describe scalps of Natives being sold. The other stuff doesn't really bother me much personally, because I know who I am and where I come from, and I'm proud of that.

Q: If you could share a message with people who do not know much about Native American history and culture, what would that be?

A: Learn about your own culture and traditions, and bring them back! Teach your kids your culture, because you don't see that much anymore in families with European backgrounds, like Irish, German, Scottish, etc. The only way to keep the traditions alive is to teach our children about their heritage. Learn what and who you are, and where you come from. Learn about yourself.

The Lumbee tribe is predominantly from North Carolina, around the Robeson County area. With high levels of substance abuse, domestic violence, and unemployment, Native Americans in Baltimore have the lowest income level of any ethnic group in the area. They are not yet a Federally recognized tribe, although they are recognized by the state of North Carolina. The Lumbee population in Baltimore is the largest Lumbee community outside of tribal territory. The Lumbee Tribe is still fighting for Federal tribal recognition today.

*Special Thanks to Louis Campbell for the interview!*

Why is it Trendy to Hate White People?