My Problem with Thirteen Reasons Why

How the biggest Netflix original could be potentially harmful 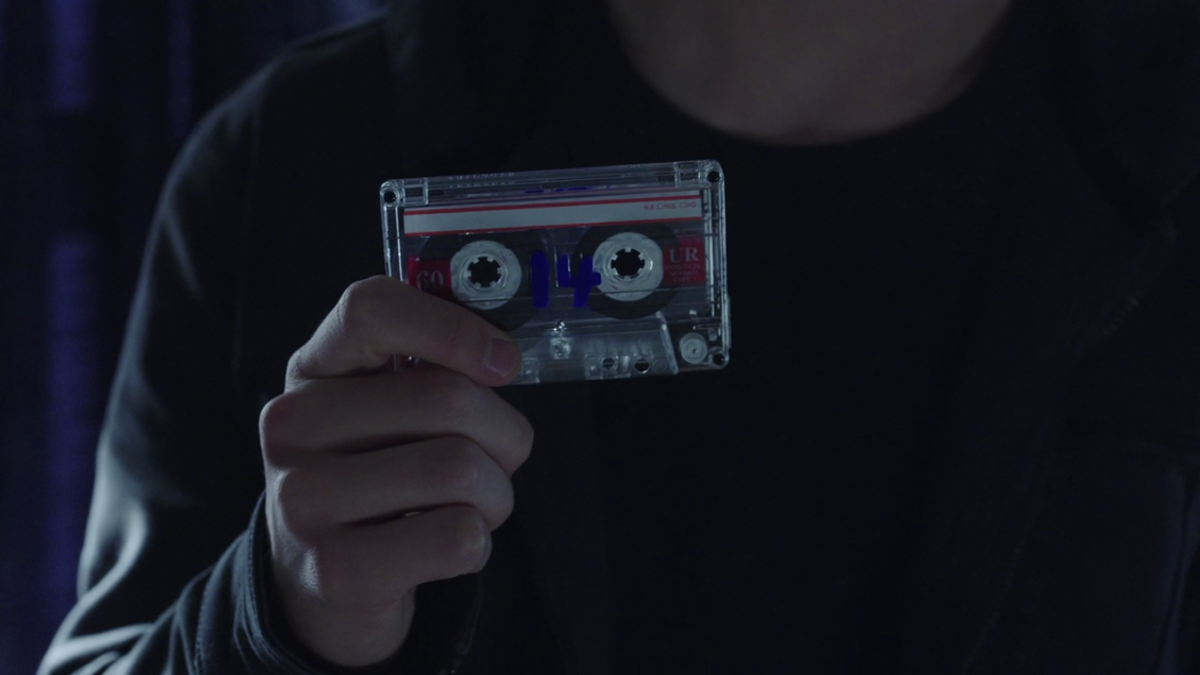 When I first read the book Thirteen Reasons Why by Jay Asher while I was in high school, I loved it. I thought it was a really fantastic story, and it made me realize how even our smallest interactions with people could start a chain reaction and affect them greatly. It was an amazing work that really forced me to think. As I grew older and heard rumors about a show coming from the book, I grew very excited, and when the show actually came out, I binged it with my friends. I liked the show despite the fact that it was so different from the book, but it started to irk me a little that the show got so big so fast and literally everyone on my Facebook was talking about it. That sounds like a really hipster-ish thing to say, so let me explain what I mean by that.

I mean, people were taking too much pleasure in the entertainment that came from a show about suicide rather than looking at the issues that the show talked about. People were getting irritated about plot twists and the wait for season two rather than getting upset about the fact that people actually struggle with depression. Some people painted their nails blue in memoriam of Hannah Baker, a fictional character, but didn't bother including information for people who were actually struggling or even trying to reach out to others. One person even talked about how some of the "reasons" for Hannah's suicide were stupid, and she wasted her time on episodes with those stupid reasons. This really made my blood boil because how dare you decide what's harmful and what's not in one person's life, fictional or not. That kind of attitude toward fictional characters can carry over to real life. You are not allowed to decide what hurts and what doesn't. Pain is relative. I guess what I'm saying is that people got so wrapped up in the story that the whole point of the story didn't matter.

Needless to say, the show wasn't all it was cracked up to be. I won't lie; I did enjoy the show. However, I did have several issues with it because there were some times when this show, which was supposed to be helpful, actually caused more harm.

For instance, the major issue I had was the simple fact that it was pointing fingers at people and accusing them for causing someone's death. Of course, the book did that too, but it was far more prominent in the show. It made suicide and depression look simple, like an outside issue. It played the blame game. It was simply an uneducated, unrealistic view of what depression really was. Can people's words and actions contribute to negative feelings and depression? Of course. Is that the only thing that causes it? Absolutely not. Depression is not really something that can be fixed just by being nice. A well-loved, popular individual could still be struggling with suicidal thoughts, even if no one was ever mean to him or her. Depression was oversimplified. The show focused completely on outside forces and did not bother to address anything that might be happening on the inside, and it's just not that simple.

Secondly, I am afraid that the way adults were portrayed in the show might have done some harm. Specifically, I mean the teachers and counselor. The way that Mr. Porter addresses Hannah's problem by asking questions and eventually writing off her feelings because she can't give him straight answers or the answers that he is looking for. Eventually, he more or less tells her that if she can't give him answers, he can't really help her. I get that it can be really difficult to talk someone through his or her problems when you don't exactly know what's going on, but the thing is, this man was a school counselor, and the way he talked to Hannah about her problems, eventually causing her to walk out on him, can be potentially harmful. I understand that the way Mr. Porter was portrayed was meant to show people what not to do when confronted with this particular situation, but the thing is, showing an adult behaving like that could discourage people struggling with depression to go to an adult for help because they are afraid of being shut down.

Lastly, I have to address the fact that there is going to be a season two. A lot of people are cheering; I am not. I am happy for their success and that they will be successful in the future as well, but I can't help but feel that it's unnecessary. The show has already covered what the title said it would, and it has reached the end of the book material. What else could they possibly do? It just makes me feel uncomfortable, as if they are using the issue to make a profit rather than help anyone (which is how Hollywood works, I know). I just feel like the issue is being exploited, which once again draws people into the story but doesn't address the problems.

I'm not saying don't watch the show. I just feel as if the subject is oversimplified, so you shouldn't look for real answers and understanding of depression from the show. Do some research from more reliable sources and maybe consult the National Suicide Prevention organization. Don't rely on the show, but use it as an opportunity to learn and to reach out to those that are hurting.