11 Movies To Watch When You're Bored This Summer
Odyssey

11 Movies To Watch When You're Bored This Summer

Grab some popcorn and an open mind because here are some must sees! 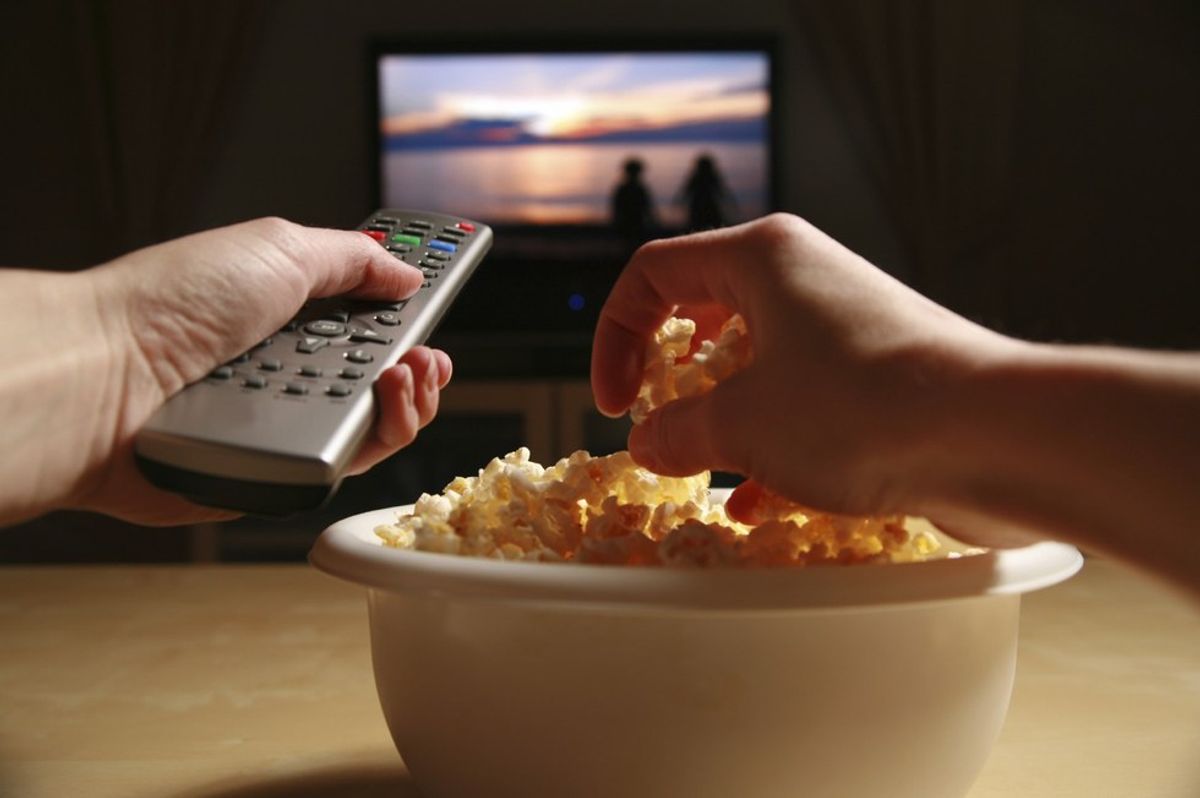 Bored? Nothing to do over summer? Like movies but can't think of a good one to watch? Well expand your horizons and check out some of my favorite picks (in no particular order)!

This would be the 1998 version starring Lindsay Lohan, Dennis Quaid, and Natasha Richardson. If you like laughs, sweetness, and possibly shedding a few tears of joy, this is the movie for you. It never fails to leave me in a better mood and reminds me that if two people are meant to be together, they'll find their way back to each other in the end. Who doesn't need to be reminded of that nowadays?

2. The Secret Life of Walter Mitty

This movie is one that always ignites my spirit of adventure! It begins with Walter, a quirky guy working at Life Magazine, who finds himself on a rather unexpected adventure. It is one of the most quality films I've seen in a while, starring Ben Stiller, who also happens to be the director. I would highly recommend to watch if you're feeling like you're in a bit of a rut!

3. All three Lord of the Rings movies

These movies are nothing short of masterpieces. With a star studded cast, spectacular effects, costumes, and make up, Lord of the Rings is visually amazing. But there's so much more to it, the films are based off of J. R. R. Tolkien's novels and have an immense amount of intricate plot lines and details that are incredibly well thought out. Middle earth is quite complete. The films follow Frodo Baggins on his quest to destroy the ring that rules them all, but he doesn't do it alone, and is accompanied by amazing characters like, Gandalf, Legolas, Aragorn, Sam, and Gimli. The series begins with The Fellowship of the Rings, then the Two Towers, and lastly the Return of the King. It's a commitment to watch all three, but more than worth it!

If you're into anime, or even if you aren't, this Studio Ghibli film, directed by Hayao Miyazaki is nothing like anything you've ever seen before. It's about a young girl named Chihiro who finds herself trapped in the spirit world after her parents' are turned into pigs. She finds a job at a bathhouse owned by Yubaba and works to save her parents and return to the human world. There are many underlying themes and theories surrounding the film, so it's worth a watch not only because it is one of the most enjoyable, enchanting films I've come across, but also for the cultural references.

Starring Jennifer Grey and Patrick Swayze, this movie is one that I never get sick of. It's about a young girl, nicknamed Baby, who goes on a family vacation to a resort where she stumbles upon a new group of friends and the one and only Johnny. It's an iconic coming of age movie with great music, even better dancing, and teen angst that's a must see! You'll have the song (I've Had) The Time of My Life stuck in your head for years to come!

Starring Reese Witherspoon, Legally Blonde is a true feel good movie. Witherspoon plays Elle Woods, a beautiful blonde who appears to embody every stereotype of being just that. But, after being dumped, she decides to go to Harvard Law to win back her now ex. However, in the process she learns what she's capable of and that she's worth so much more! It's a great pick-me-up chick flick!

Just about every one of Pixar's movies are great, but I do love The Incredibles. It's about a family of superheroes who have to hide their powers from society in order to feel normal. But when a new villain, Syndrome, starts causing trouble, they come out of hiding to save the day. This movie is awesome not only because it's about superheroes, but also because of the family aspect. They hit the nail on the head with the dynamic between parents and siblings so this movie is, in a way, relatable and has a lot of laughs!

This movie has a cast of heavy hitters, like Matt Damon and Robin Williams. Matt Damon plays Will Hunting, a gifted boy who's math skills are almost beyond measure. But he doesn't have any motivation to use his intelligence and is seemingly content remaining exactly where he is in life, until he meets a psychologist who helps him find more direction. This film is emotional, relatable, moving, and yet it leaves you feeling like the world is alright and there are people out there who understand.

This film is one of my favorites because it has a lot of depth to it. Kevin Spacey plays a man who is having a midlife crisis as he becomes infatuated with his daughters friend while his materialistic wife, played by Annette Bening, is trying to make their life appear perfect, and their daughter, who seems out of place, just wants to escape. You see the focus being placed on sexuality, consumerism, family dynamics, and insecurities. It all leads up to an end you wouldn't expect. A must watch independent film!

Directed by Mel Brooks, this movie is hilarious. It puts a bit of a spin on the classic story of how the creature was made. It has a dry sense of humor and a great cast, including Gene Wilder who plays Dr. Frankenstein. In this version, Dr. Frankenstein deems his grandfathers' work "doo-doo" and wants nothing to do with it. However, you can't escape destiny and Dr. Frankenstein finds himself and his assistant Igor following in his grandfather's footsteps in the attempt to reanimate the dead. Mel Brooks never fails to deliver a laugh out loud comedy!

11. All The Harry Potter movies

The books that these movies are made from were the ones that got me into reading. And I would say the movies do them justice! They are full of enchantment, not only because they contain actual magic, but because of the strong emphasis on love. Harry is orphaned as a baby and at the age of 11 finds himself being accepted to Hogwarts, a school for young wizards to learn how to use their magic. As the movies continue, the events become more grave and serious with Harry entering adulthood.