It's Physically Impossible To Put My Boobs 'Away'

It's Physically Impossible To Put My Boobs 'Away' 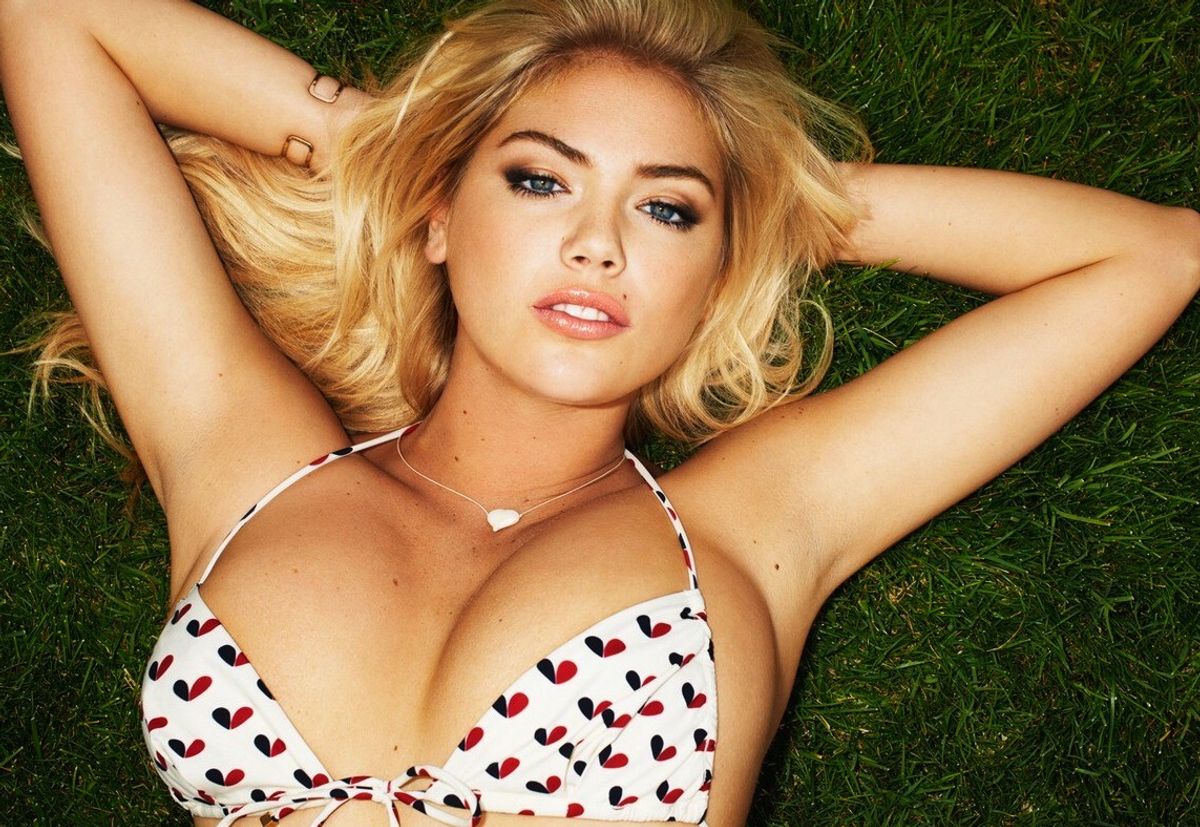 It is summer, which means it's about a thousand degrees at any given moment outside. This is the time of year where tank tops and bathing suits become the uniform--it's hotter than Hades outside so anything to get some relief is considered acceptable. So why is it that even in 100-degree weather busty girls are being shamed for their anatomy?

If I had a dollar for every time someone looked at me in a bathing suit and told me to "put my boobs away" I could afford to buy friends who weren't so judgey. Because you all must have slept through anatomy let me explain something; there is nowhere for me to put my boobs.

There isn't a secret pocket that you're given at size C and up, or a way to deflate them. Those fun bags are a permanent fixture. So why in the year 2017, when we're all about shutting down casual sexism and embracing body positivity, are we still sexualizing boobs?

Let me start by reminding everyone that boobs are literally sacs of fat sitting there waiting for you to have a baby so they can fill up with milk for you to provide nutrition for your offspring!! They are a beautiful and necessary part of reproduction, but for those of us not in any danger of having them be used for that they've become sex symbols.

#FreeTheNipple is a campaign that is working on giving women back the power of their own breasts, because society, Hollywood (except you Game of Thrones you keep up the good work in the equal nudity department), and whoever decided the on the antiquated notion that a woman's breasts and nipples are inappropriate while a man's pecs and nipples are not, have shamed so many women into thinking they can't wear certain things without projecting a certain image.

I've said it once and I'll say it again, what you wear is not a projection of your promiscuity or sexuality. Consent for sexual activity is not given in the cleavage you show, or the length of your skirt. So why are so many people offended by boobs in bikini tops?

Don't project your sexualization of my body onto me. I'm not the one to blame for the fact that you see me in a tank top and feel the need to comment because you don't respect me enough to recognize that my breasts are not just on my body for sexual enjoyment, that's on you buddy.

Obviously there are some places where modesty is the best policy, but at the beach or by the pool in the summertime is just not one of those places. Telling me to "cover the girls" is rude, especially when I don't ask you to put a bag over your ugly, judgmental face, because I know that you will be uncomfortable and that bag is gonna make you hella hot in the summer time.

I'm not by any means saying I have a body like Sofia Vergara--#goals amirite?--I have my flaws, and my insecurities about my body in a bathing suit or tank top, but my boobs aren't one of them. That is until some a**hole decides to make a comment, send a text with some revolting emojis, or make me feel like I'm an object and not a person.

It's hard to relax and enjoy yourself when you have people telling you that your worth is dependent on their approval of your appearance. So this is my PSA to everyone who considers themselves friends of the big boobed: DONT DEMEAN OR SEXUALIZE SOMEONE"S CHESTICLES!

I have friends who call my boobs the twins, who ask me to share the wealth, who ask lighthearted questions like how I run, or if boob sweat with watermelons on your chest is worse than usual. This kind of well-intentioned and clearly supportive banter is welcome. I know that these people see me as more than a sex object and have more than once had to deal with my dressing room drama. They get that breasts are a natural phenomenon and there's not anything you can do about it.

In the time you have taken to read this the weather outside has climbed 10 degrees and worms are frying on the sidewalk. Feel free to go outside and 1999 Brandi Chastain the hell out of today. Because you have nothing to be ashamed of, and I would rather have some cleavage in a tank top then having my shirt cut off by paramedics who are trying to cool me down as I die of heat stroke.