My 10 Favorite Places On Long Island 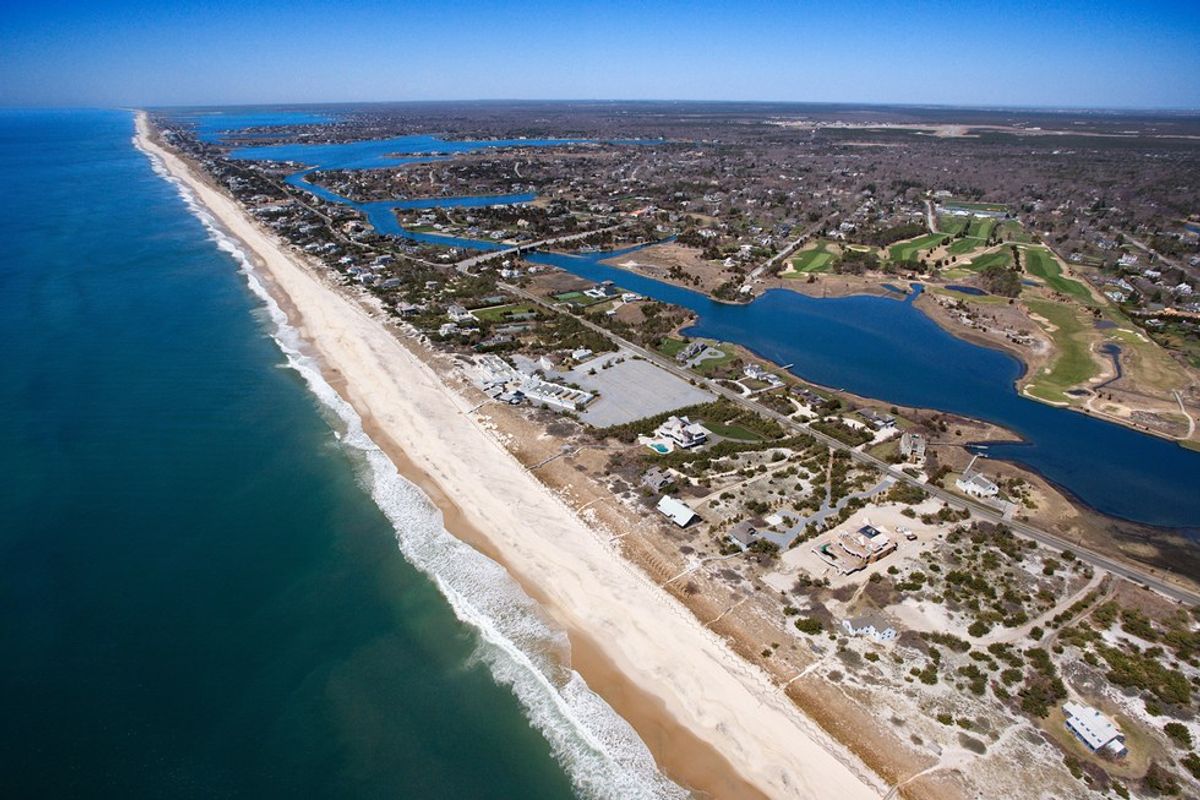 We all have our favorite places around where we grew up. But sometimes, it takes being away at college or for a period of time to realize how much you really love and appreciate those places. This is a list of my favorite places they may not be the absolute best places one Long Island, but they're my favorites.

I could talk about KPPC all day long because there's so much information out there on it as it is such an interesting place. It's an abandoned psych center covered in graffiti and tons of stories. Technically, you're not allowed inside the buildings but you can drive through or even get out and walk around. Even if you don't believe in paranormal activity or anything like that, there's an undeniable energy you can feel from just being there. It's really cool and something I think everyone should check out if they have the opportunity. The Bluffs are also a short drive away and you can take a scenic hike by the water. It's absolutely beautiful beyond words you have to see it to believe it.

I'm pretty sure everyone from Long Island has been to Robert Moses at least once. The beach is so much fun. There's always wildlife, too like the deer on the side of the road. The lighthouse is beautiful. Going over the bridge is such a sign of summer, too. This is one of those spots that makes Long Island what it is.

This place actually has three locations: Stony Brook, Miller Place, and Greenport...all on Long Island. It's a really fun place with a cool retro 50s vibe to it. The food is so good and there's a ton of cool options. Coffee comes hot in a cute mug or cold in a mason jar. There's tons of crazy and creative flavors to choose from. It's me and my three best friends' favorite place and you have to go to see why.

It's fine if you want to call me a nerd but it's actually a really cool place. This is where Theodore Roosevelt, our 26th president lived from 1885 until his death in 1919. It's really cool because his whole family lived there so you can check out all the kids' rooms and everything else. It's famous for this room where President Roosevelt would display all of his hunting "trophies". This room is memorable not because of all the mounted heads, but because of the two giant elephant tusks. Seriously. I only went there once in 5th grade and the image stuck with me. It's also just a massive house but it's also really pretty with a wrap-around porch.

This is actually a mansion that the Vanderbilt family once lived it...which is pretty hard to believe when you see it. It has huge eagle statues that greet you at the massive gate. It's nestled into the hills overlooking the harbor and is so pretty when the sun is setting. It's known for the planetarium part of the museum, seasonal plays, and wedding receptions out on the lawn.

I've been going to Montauk since before I was born, essentially, every summer. Besides having beautiful beaches and cool tourist attractions. It's just like Robert Moses in that Long Island wouldn't be Long Island without it. There's so many cool restaurants around there too. Navy Beach has tables and bean bag chairs out on the beach so you can have your dinner and watch the sunset on the beach. My family and I always act like total tourists when we go even though we've gone countless times and we're a few hours from our house.

It might not be the most conventional pizza place. There's not much decor or scenery in the actual restaurant and they literally serve nothing but pizza which is a little odd. But it doesn't matter because the pizza is SO GOOD. I really couldn't tell you what it is but my mouth is watering thinking about it. There's different flavors you can get too like garlic and their famous cold cheese. If you're ever in the area, do yourself a favor and grab a slice.

This is a really tiny diner down in Northport Village, which is an adorable place in and of itself with all it's little shops and the dock over the harbor being right there. But this diner in particular I really like. My sisters and I have been obsessed since we were really little with the mountain of curly fries they give you (very diner of them) and the really cute boat set up. It was actually on "Extreme Makeover" but I couldn't find the episode so sorry.

I couldn't not include Fire Island, mainly because it's again a place that makes Long Island what it is. It's very unique in the feel that you get walking around, like a little beach community. There's also tons of wildlife just like Robert Moses

For those of you from Long Island reading this, I hope you agree with at least some of this list. If you've never been to some of these places, be sure to check them out soon.