Music: Have We Lost The Artistry?
Odyssey

Music: Have We Lost The Artistry?

Our reality is more complicated than money and girls. 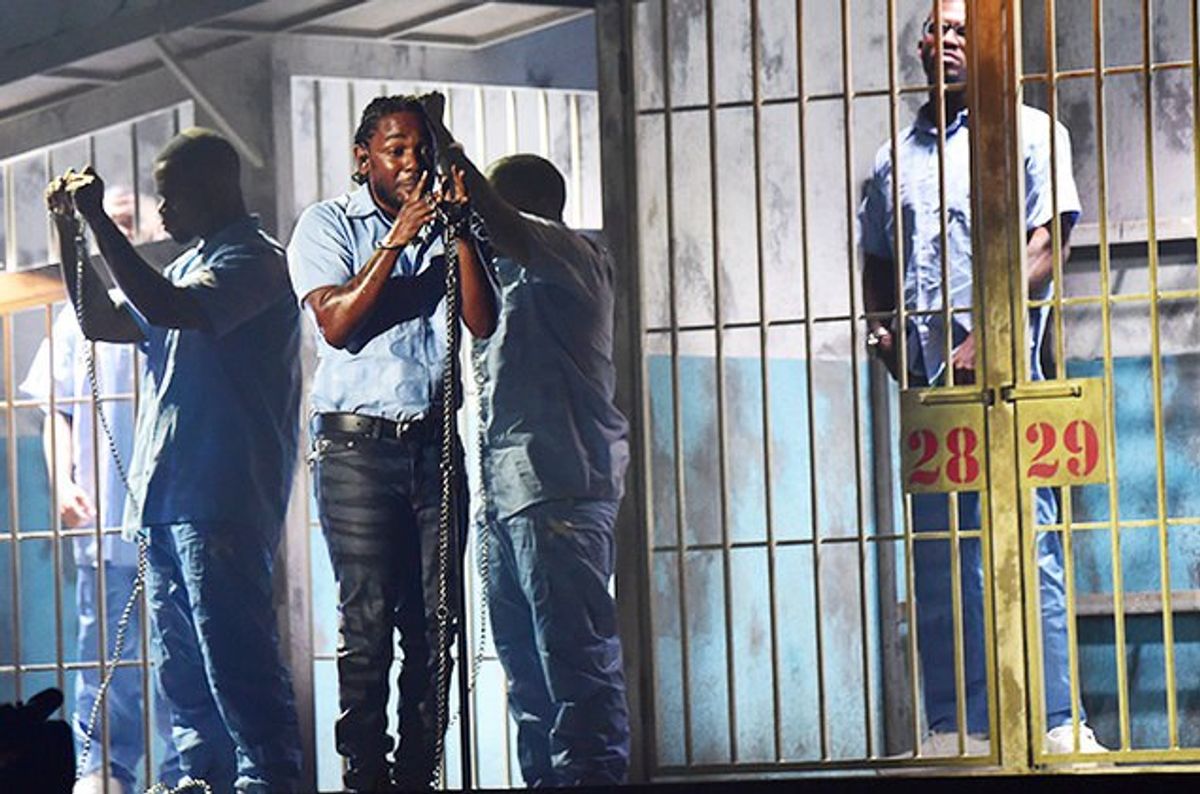 Now, I hope that, at that cue, most of you began to say, “I got a cute face, chubby waist, thick legs in shape.” If not, then you are missing out on great music. This was the music I listened to while hugging the wall at the skating rink. This was the music you sang while playing foursquare on the playground. And this was definitely the music you listened to on your iPod shuffle. Now this music isn’t exactly spiritual or inspirational, but you know the words, the beat, and you definitely know Missy Elliot’s voice.

We now live in a time where music is about three things: money, girls, and sex. Don’t get me wrong — I love hip-hop and rap. I lose my mind when songs like “Look At Me Now,” “6 Foot 7 Foot,” and “Milly Rock” come on. But is there really actual meaning behind them? Does it evoke strong emotions? Do you know the lyrics? (No, but really.) Or is it just the beat that you like?

Recently, the creation of music has been based around the beat. Some music producers just have to create a beat with a good bass, and they will probably make a hit. The lyrics have become less important and that is sad. Music is a form of art. The music notes are like paint strokes on a canvas. The colors are organized into a unique pattern that affect our brain's receptors evoking joy and pain. Rhyme, imagery, and storytelling are tools to a musician like a paintbrush is to a painter. But the artistry in these tools has been lost, and that is the problem.

Images are not being created; all that's there are words, words that are teaching a younger generation adult concepts. Kids run around today singing "Trap Queen" without knowing what it really means. They're losing their childlike innocence that many of us would like to get back. I didn't understand what "Rock the Boat" by Aaliyah meant until high school. Artists' words have consequences and I believe their power should be used positively.

I want there to be amazing songwriters, not just good producers. I want to hear songs with lyrics like those from Maze featuring Frankie Beverly.

You know I thank God sun rises and shines on you;
You know there’s nothin’, nothin’ I would not do.

My favorite memories are singing in the car with my parents. Even though my mom and I are completely off-pitch, we are still going to sing:

I remember singing "Loves Me Like a Rock" with my dad.

My mama loves me, she loves me
She gets down on her knees and hugs me
She loves me like a rock
She rocks me like the rock of ages
And she loves me

I want to hear the deep soul of Anita Baker and Toni Braxton.

I want to be “More Than a Woman” with Aaliyah.

I want to feel “Butterflies” with Michael Jackson.

I want be a “Master Blaster (Jammin’)" with Stevie Wonder.

Music is supposed to be emotional. I remember crying in the car while listening to “Dance With My Father Again” because I felt an emotional connection to Luther Vandross’ storytelling. That is what music needs to be again.

We already know it’s possible to have hip-hop with meaningful lyrics: look at J. Cole and Kendrick Lamar. They have the talent to create images. They are examples that hip-hop and rap are not just about money and girls. They are the heart and soul of the genre. J. Cole tells us our “Crooked Smile” doesn’t have to be fixed:

But we got dreams and we got the right to chase ‘em,
Look at the nation, that’s a crooked smile braces couldn’t even straighten.

And Kendrick tells us that “we gon’ be alright.”

We can have great lyrics with a killer beat. Just look at "99 Problems" by Jay-Z, a rap song with a message and a beat you won't forget, a powerful song that can be used by even President Obama during his campaign trail years later.

Thus, I ask the new generation of musicians that are singing and rapping on YouTube, consider your impact. Music is used as an escape from reality, but it's also a way to express reality. Our reality is more complicated than money and girls. There is still love, happiness, heartbreak, laughter, and depression. So, create a Mona Lisa with your music, touch hearts, and make a positive impact on the younger generation.

Caitlin Marie Grimes
University of South Florida
10938
Beyond The States