A look at the different things that motivate people to attend college. 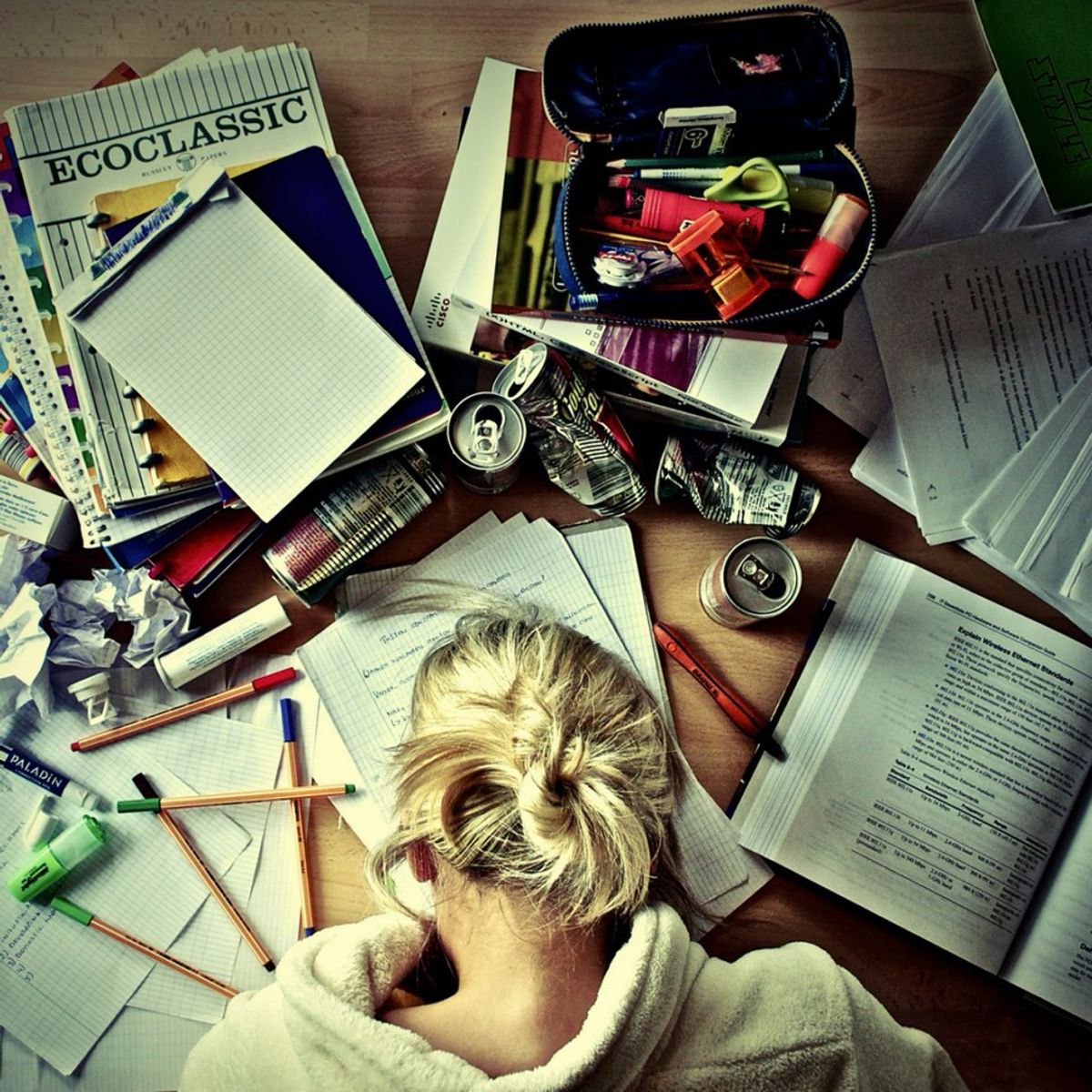 for the first 17 to 18 years of our life, we are obligated whether by our parents or by law to go to school. Some love it, some hate it, most of us aren't bothered by it but aren't excited to go either but in the end, we all have to go and get educated. College, on the other hand, is completely different. Attending a college is 100% up to every student and unlike high school, every person that enrolls has a reason to go. So what exactly motivates people to go to school?

By talking to my fellow odyssey writers and friends and family I discovered that there are many many reasons to go to school but they all fall under one of four categories:

3. leave a mark in the world/Humanitarian reasons

while most people that attend college have a personal reason to go there are some people whose sole motivation is their parental units. Even though we are not obligated by law to comply with our parents desire for us to go to school many are attend or are forced to attend school because their parents want them to.

Another way in which parents are the motivation for students to attend school is because of a desire to prove our parents that we can be as successful [or even more successful] than they are.

In my mom's case, she had seen her dad work tirelessly for her entire life to provide for them and that became her inspiration to work hard and get herself through college.

Others desire to become somebody or be successful and while we shouldn't depend on others' approval to be satisfied, desiring success is not a negative motivation at all. The desire of success and competitivity are two of the most important factors that employers take into account when hiring because these type of people tend to always give their 110% to ensure they are getting things right.

A lot of extremely successful business men fall under this category and I find it saddening that people are quick to judge them for wanting success. They assume they have ruined someone's life to get where they are or they are told they are doing things for the wrong reason (which is a lie because everyone has their own motivation).

If you fall under this category you have to know that it is alright to want to be successful but alway keep in mind that doing something right doesn't mean that people will notice or approve and that is alright. Also, remeber that doing everything you can to be number one is amazing as long as you are doing stuff the right way. No one likes people that step all over others to get ahead or those who bring people down in order to be up.

A whole heap of people attends college in the hopes that they will be able to change someone's life through their career. Many feel called to help in their field of work because they see and sense a need in that field. From lawyers to doctors all the way to preachers, you will alway find that someone is going to school because they want to make a change.

I personally fall a little bit under this category. As a woman, a Christian, a latina, and just a human being really I have seen and heard first hand of many horrors and unfair situations that go unnoticed because our media doesn't consider them important enough or because they are not profitable so I want to become a journalist to be able to bring light to these situations.

Others have had life changing situations that have led them to follow the path of those who changed their life. It is not uncommon to hear someone tell you that they are in school because a family member or friend or even a random stranger did something for them that inspired them to follow in their footsteps.

Those who fall into this category can also fall into criticism for "not being original enough" or that "you're studying this for the wrong reason" (again). But these are people that are usually extremely motivated to get an education to help other and even try to help while being in school. They are always looking for someone whose life they can touch in the same way theirs was originally touched and that is what makes these people so special.

Finally, you have those who want to better themselves for themselves.

It sounds selfish when you put it that way but it perfectly normal, it is actually the most common reason I have heard. Here is where those who are seeking a personal development. Those who want to become something or someone they envision themselves doing or being.

An example of this category is my fellow writer and editor Natalie who said: "I got motivated to go to college by realizing that, if I ever wanted to become something I could be proud of, It started with my education."

It was not until I read Natalie's message that I realized that I also fell into this category. I not only want a change in the world but I want to be able to say that I did something, by myself and for myself.

Another fellow Odyssey writer, Aysia, said that she was motivated to attend college to leave her small town but stayed because she finally felt that she was growing as a person and also academically.

You see, this category is so broad and extensive because it is where most of us fall even if we are also somewhere in the other three categories. We all at some point during our college career discover that we are in it for ourselves.

We might want our parents to be proud but we also want to be proud of ourselves. We might desire that number one and for the world to know that we are number one but we have a personal reason as well.

Don't worry, even if you are not sure why you're going to school you have a motivation and it will come to you at some point. We all have a reason why we're sacrificing time, money, and our sanity in the sacred institution we like to call college. If you do know you motivation though definitely let me know what motivates you to go to school and where in these categories you fall.

For all of us starting a new semester today, Good luck! work hard, study hard, and in those times when you feel like you can't do this anymore remember you are here for a reason and cling unto that which pushed you into college to begin with.