13 Inspiring Movies That Teach Life Lessons We All Should Learn

Whether you are young or old, everyone should learn these life lessons. 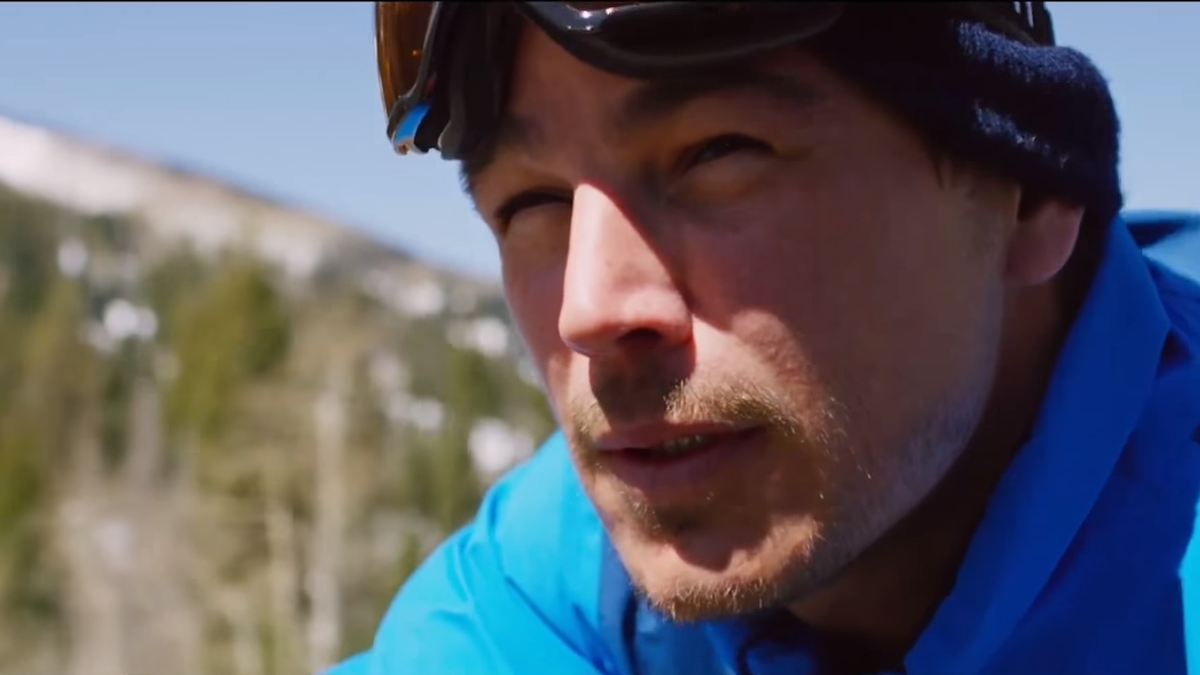 Everyone watches movies. There are movies out there that will fit whatever situation you are going through or however you are feeling at any moment.

These 13 movies are just some of the most amazing at teaching life lessons. So, if you know someone that needs to learn these lessons, sit them down and play any one of these.

Based on a true story, former hockey player Eric LeMarque gets stranded on a mountain during a terrible snowstorm. Eric has to fight the frigid temperatures for eight days while no one even knows he is stuck on this mountain. He also reflects on all the absolute poor choices he has made and the terrible way he treats his mother.

When the movie began, Eric is down on himself because his hockey career has ended. He is an arrogant and bitter man. He starts doing meth, and his relationship with his mother disintegrates.

The life lesson here is no matter where you are in life, or what is happening, you can change your behavior and the way you treat the people around you. After he is saved, he turns his life completely around.

Based on a true story, football coach Harold Jones befriends Radio, an African-American man with a mental disability, and makes him his assistant. The movie begins with the players on the football team taking Radio and locking him in a supply closet. After Harold learns his players did this, he punishes them and decides to give Radio a place where he can belong.

There are several life lessons you can learn from the movie "Radio." One is to be kind to others no matter what. Just because someone may be mentally slower than you or physically different doesn't mean they don't deserve respect.

Another lesson is to stick up for the underdogs. So many feel like they don't have a voice against their bullies and need someone who can help them. And lastly, everyone should be able to feel they belong somewhere. We all want -- and should be able to have -- that place where we feel welcomed and loved.

After his estranged father dies, a car salesman, Charlie Babbitt, learns he left his entire fortune to the brother he has never met, Raymond, who also has savant syndrome. Savant syndrome is someone who is exceptional at something but has severe mental disabilities, like autism.

The life lesson here is simple; just because someone is autistic, doesn't mean you should take advantage of them. Charlie starts the movie as an arrogant man who only wants his father's fortune. He doesn't have the patience to deal with Raymond's mental disability. For Charlie, all he sees is money. Eventually, Raymond makes his way into Charlie's heart, and he begins caring for and protecting Raymond.

Born and raised in the slums of Mumbai, Jamal Malik works hard to escape crime and make it on "Who Wants to Be a Millionaire." In this movie, Jamal grows up in the slums of Mumbai. This means a place that is very poor and full of crime. He works tirelessly to avoid crimes and gangs to eventually make his way onto this game show. The lesson is simple; working hard pays off. We go through his entire journey with him, and we finally get to see him fulfill his dreams and win the cash prize.

5. "The Pursuit of Happyness"

When Chris Gardner endures many hardships, he and his young son are forced to live in shelters as he tries to better their situation. We see Chris lose his wife, house and job. But he does not let these hurdles stop him. He works and works to try and provide a better life for his boy. There are two life lessons here; it pays to work hard and a parent's love for their kid is enough to push them forward. Chris is determined to give his son a better and more stable life.

After going through a divorce, Theodore gets a new operating system named "Samantha." "Samantha" is like an Alexa or Siri only more advanced. She does everything for Theodore. Eventually, "Samantha" actually develops real emotions and thoughts. Theodore and "Samantha" develop a relationship, but Theodore soon realizes you can't replace your friends and family with technology. Imagine going on that road trip you've always wanted to go on or an amazing concert and just having your phone to share in the experience. We all need family and friends just as much as we need technology.

Based on a true story, homeless, black teen Michael Oher gets taken in by an affluent white family. Despite the family being rich and in an area that is prejudice, they take in the homeless teen and give him a family. The lesson here is if you give someone a chance, they will repay you in spades. Once Michael was given a chance to live a good life, he was able to develop his athleticism, and he turned his grades around.

Based loosely on a true story, an all-white school and an all-black school were forced to integrate, and now, the football team must learn how to work together. Immediately you see the divide amongst the team. Blacks versus whites and change versus tradition. The teams don't want to change how they did anything, but their new head coach knows they have to in order to win.

There are multiple lessons here, but my favorite is about change. We, as a society, aren't open to the idea of change even if a change could possibly better our lives. It isn't until we see the good results from the change that we accept that the change was a good one. I say change needs to happen no matter how awkward or uncomfortable it may feel at first.

Forrest Gump is a slow-witted but optimistic and athletically-gifted man who, thanks to his loving mother, does not let his slow-wit stop him. I love the lesson in this movie. You can't let something stop you from living your life.

His mother could have easily sheltered him because he wasn't as mentally quick as everyone else. Instead, she never let him use that as an excuse to not do something. And for that, Forrest does everything and has a great life. He even finds the love of his life.

Rocky Balboa, a small-time boxer from a working-class family, gets the chance to face up against heavyweight champion Apollo Creed and does whatever he can to prepare. The lesson is simple. Anyone can accomplish anything if they are willing to try. Rocky was no one in the ring, and Apollo was the biggest thing in boxing. But Rocky was determined to prove he could fight Apollo, and he did whatever he had to in order to do it.

Based on a true story, high school teacher Erin Gruwell tries to get through to her at-risk teenage students by making them keep a journal and giving them reading material they can relate to. The lesson here is, give kids a teacher that actually cares about them and wants them to do better and they will do better. Erin does not give up on her rowdy students. They treat her terribly, but she never stops trying to reach them. By the end, her students turn not only their grades around but their entire outlook on life.

Based on a true story, Ken Carter goes back to his high school to coach the basketball team. Coach Ken turns the team around, and they end up having a spectacular season. But, when he learns his players aren't giving their grades their attention, he ends their season. The lesson here is education comes before anything else. The entire town is furious with him, but he doesn't care. He wants them to succeed both on the court and in the classroom.

Skeeter, a southern society girl with dreams of being a writer, begins interviewing the black maids in her small town about how the white families treat them. The lesson here is very clear. Racism is a problem, and it needs to change. Skeeter learns so much about these women and people are finally starting to see them as humans and not as their property after reading the book.