Why Feminism is Held To Higher Standards Than Other Movements 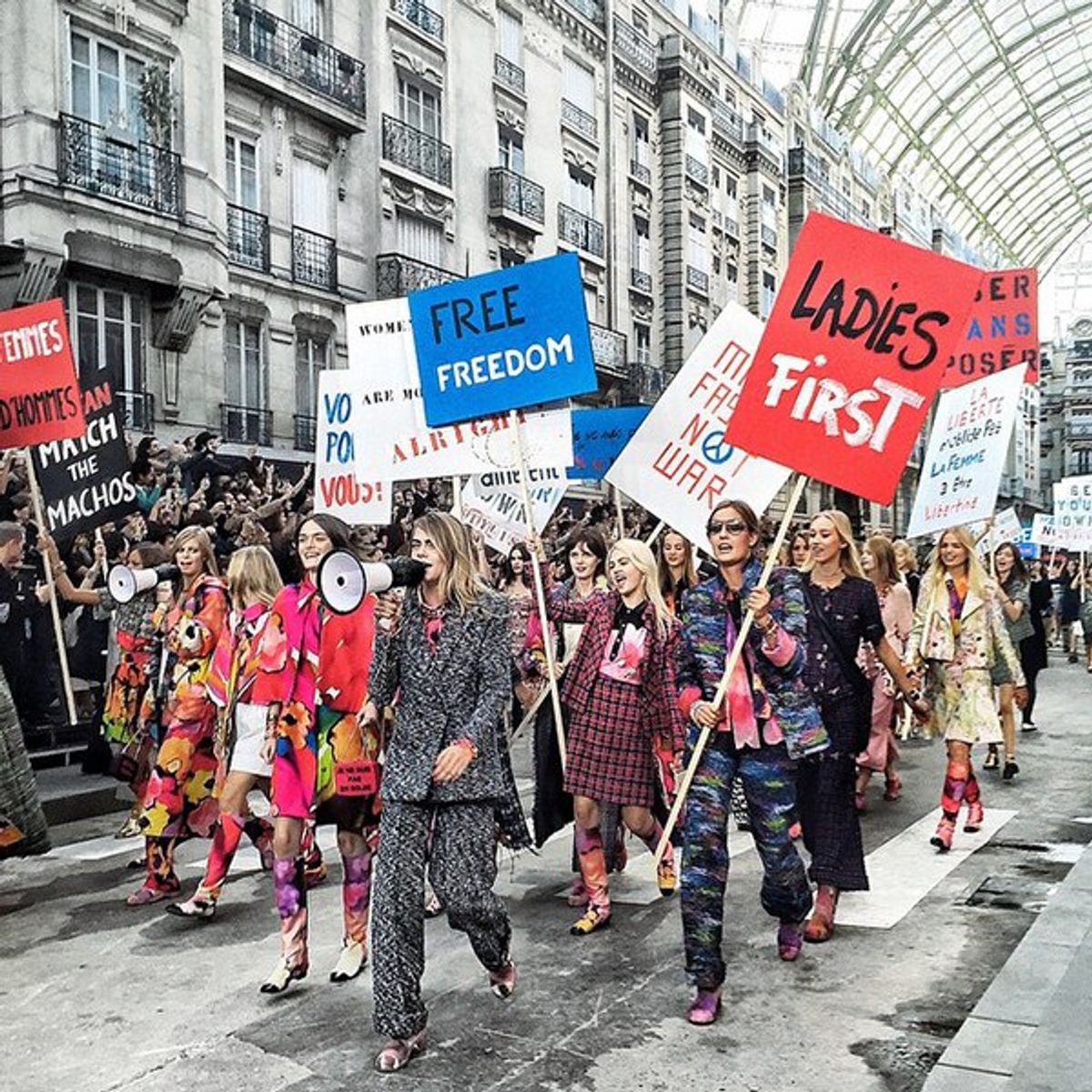 One of the more important things I’ve learned since moving to Minneapolis and starting college is that activism has to be intersectional. Fighting for LGBT equality needs to include QPoC, queer folks who are disabled, et cetera. I’ve learned a lot (and am still learning) about how to make activism intersectional and what best practice is to do that.

I was raised by a midwife, a woman with a doctoral degree who’s done a fair amount of work toward providing accessible care for women and their families. I was feminist in utero. As I’ve grown older, my feminism has become more intersectional—and continues to become so. I’m grateful for everyone who has allowed me to learn how to include more women in my feminism.

What I see online, and often in real life, however, is derisive, hateful criticism of feminism. Like any movement, feminism has a lot of work to do to become fully intersectional. But I don’t see nearly as much hate spewed at movements for economic equity, racial justice, or any other kind of activism.

I began to wonder if this criticism stemmed from misogyny. If feminism, like any other thing women do, has to be perfect to be taken seriously, even by those of us inside the movement.

I don’t criticize activism for accessibility if it doesn’t include women, because I’m able-bodied and that’s not my space to speak. I don’t dig up quotes that make Civil Rights activists look sexist because I’m white and that’s certainly not my place. I don’t scathingly call other women names for being less educated about social justice than I am, because as a feminist, I don’t believe in tearing other women down.

For millennia, women have had to surpass men to be considered equals, let alone get full credit for what they do. Now, it’s happening in activist circles. Women’s movements must be perfectly worded, perfectly inclusive, perfect to be considered legitimate. Otherwise, they’re “trash” or “worthless.” We read articles where authors gleefully dig up quotes that show suffragettes to be racist or classist, not, I would argue, because anyone wants to make feminism better, but because tearing down women is a societal norm, something fun and praise-worthy. I don’t like the violent language used to critique feminism, and I don’t like how derisive people get about the movement when it’s less than perfect. It smacks of misogyny, internalized on the part of women and plain, garden-variety on those outside the movement.

Looking for black marks on the records of historical activists is disrespectful to past activists who, for all the work they’ve done, are impacted by the time they lived in. I wouldn’t do it to Harvey Milk or Malcolm X, and I don’t intend to do it to Susan B. Anthony. It would also be pointless. There has never been and never will be a perfect activist. But we’ve still moved forward as a society, and we have a long way to go.

Anger is valid and worthy. Anger and brings changes, and like the rest of the world, feminism needs to change and do better. But within our movement, within feminism, I say we should be as kind as we can to each other as we can. The rest of the world dehumanizes us, beats us, rapes us, sells us as slaves, murders us. There’s no reason to continue the cycle and abuse each other, to shove activism for women to the side and call it embarrassing because, like every other movement, it’s imperfect.

Make feminism intersectional by welcoming trans women, women of color, disabled women, mentally ill women, and every other kind of woman there is into our circles and amplifying their voices. But don’t call feminism “trash” and tell radical feminists to die on the internet because of an imperfect feminist campaign, a lack of knowledge, or a difference of opinion on how to go about women’s liberation.

My journey as a woman is to love myself, to love other women, to learn inclusivity and intersectionality in my love of other women. I will not hold feminism to the impossible standards I find myself held to every day as a woman. I will not mock it as a movement or tear it down, to push it aside, when other movements face the same intersectionality struggles and have my unwavering respect. Instead, I look forward, educate myself and practice respect towards all women.