I don’t know how I would have described myself without these widely recognized terms, before I applied and attached them to myself. 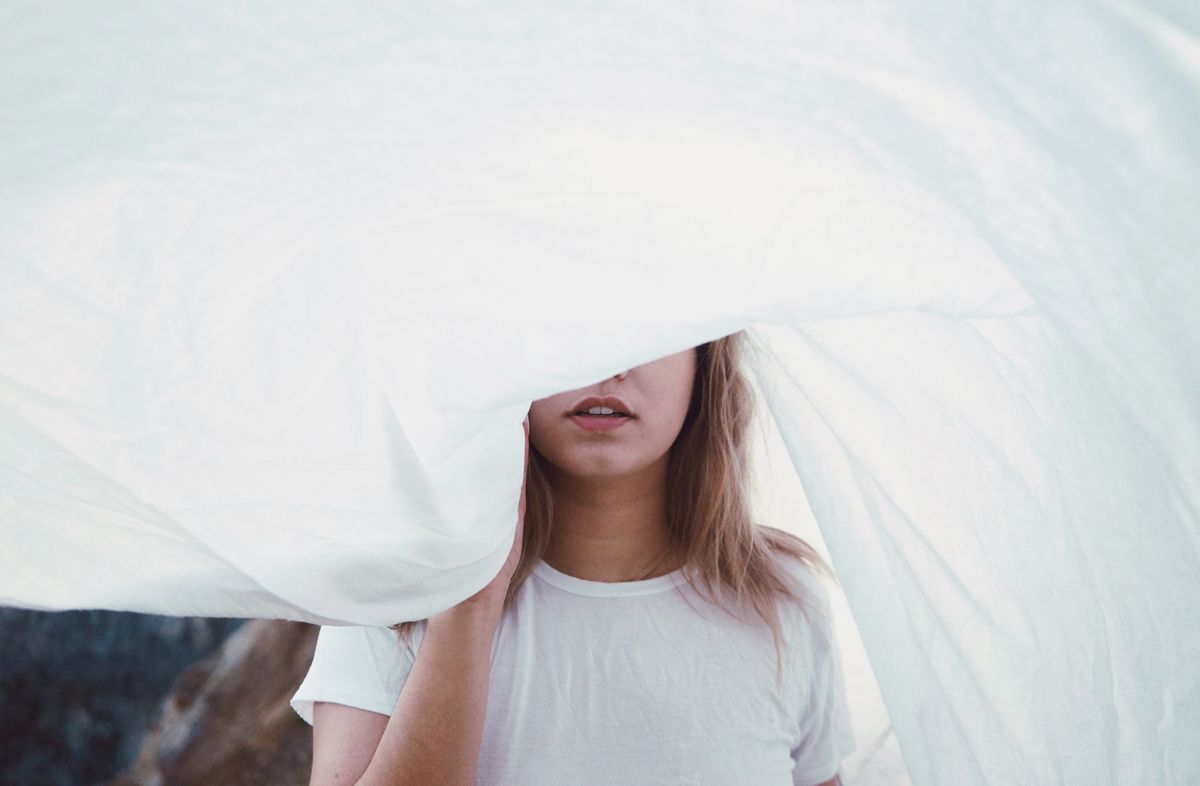 The only thing that surprises me is that I hadn’t grappled with these facts about me sooner.

If I could summarize my first semester at college, it would be this: I have anxiety.

If I could summarize my second semester at college, it would be this: I have depression.

I don’t know how I would have described myself without these widely recognized terms, before I applied and attached them to myself. Tender, maybe? Introverted, or overly pensive?

As far as I know, I’ve always been like this. Tortured heroes and tragic backstories attracted me, though I had none of my own to tell. It felt good to sympathize with someone else’s pain. My favorite parts in books were when they made me cry. I was able to look in the mirror for hours picking out flaws. There is not a single body part that I have not scrutinized under an eye I did not even reserve for enemies. Not a single inch of skin I have not prodded, squeezed, or willed away. Sometimes at night I would put my head under the covers and stop breathing for as long as possible.

I was a natural philosopher, which put me in an existential crisis about once a month. Really, I wasn’t too bothered by the fact that free will could exist in a determinist worldview. But I would go to school and hear other kids talk about the latest iCarly and American Idol episodes, and either feel bored to death or extremely isolated. Yet I wanted to feel and look like everyone else. Also wrestling with the grief of a friend’s loss, I developed an eating disorder, which went unnoticed and is still something I do not often speak of today.

But I recovered myself, and resolved to live well. I became the teenager who went on runs after school, who was lifting weights at midnight, who did near-10-minute wall sits for fun. As for literature, I combed through Runner’s World and various health and bodybuilder websites, and thought I might become one myself, if not a nutritionist.

Fast forwarding through high school, I steered myself away from petty dramas and focused on developing myself intellectually. Prior to moving from a Philadelphia suburb to the capitol of China, I had been living in a bubble, and suddenly I realized there was so much to learn beyond what I had initially imagined for myself. I learned to pray from morning to night through my thoughts and actions and to have a heart of service and humility. At the same time, I developed my abilities and taught myself things outside of the high school curriculum and outside of what my parents could teach me. I was pretty independent. Coming to college, this served me well.

But there were also days when I couldn’t speak about how I was feeling, and days where I would be able to do nothing but let tears fall at the dinner table. Sometimes these were existential crises, but now I know that some were depressive episodes as well. I usually stayed in my room with the door locked until it passed. I was a high-functioning depressive, and achieved over a 4.1 GPA, yet had little confidence in my ability to speak, perform, or interact socially, and was highly conscious of this fact. I look back on those times and cringe. Yet the development I made of my inner voice, worldview, and attitude then was critical to the person I am today.

College, first semester. I took on too much and experienced a few panic attacks. But it probably wouldn’t have happened differently. “Self care” stressed me out because I could hear the work piling up even as I read through books and scribbled on journal pages. I woke up from naps of exhaustion with my heart hammering away with panic. I listened to every single Pink Floyd album on repeat, and it got me through.

One of the first things I did when I came back after winter break was to go on retreat with my church. There, God revealed to me that I had depression. I wasn’t surprised, but I was deeply wounded by the realization. I hated that my complex feelings could fit behind a neat word so stigmatized by society.

Over the summer, my depression intensified so far that at one point the pain became physical and it racked my whole body. Breathing was a complete burden, and I had no appetite. I coped with Chris Cornell songs, Silverchair, and a melange of hard rock and punk. I had enough will to live to survive these spiritual attacks and to tell Satan to “get behind me”.

If there are two things I’ve learned about myself this year, they would not include the words “anxious” and “depressed”. What, then?

One, I love to dance. And two, I am incredibly strong.

Today, I turn 19. I’m still young, scrappy, and hungry. But most importantly, I’m here, and fully.