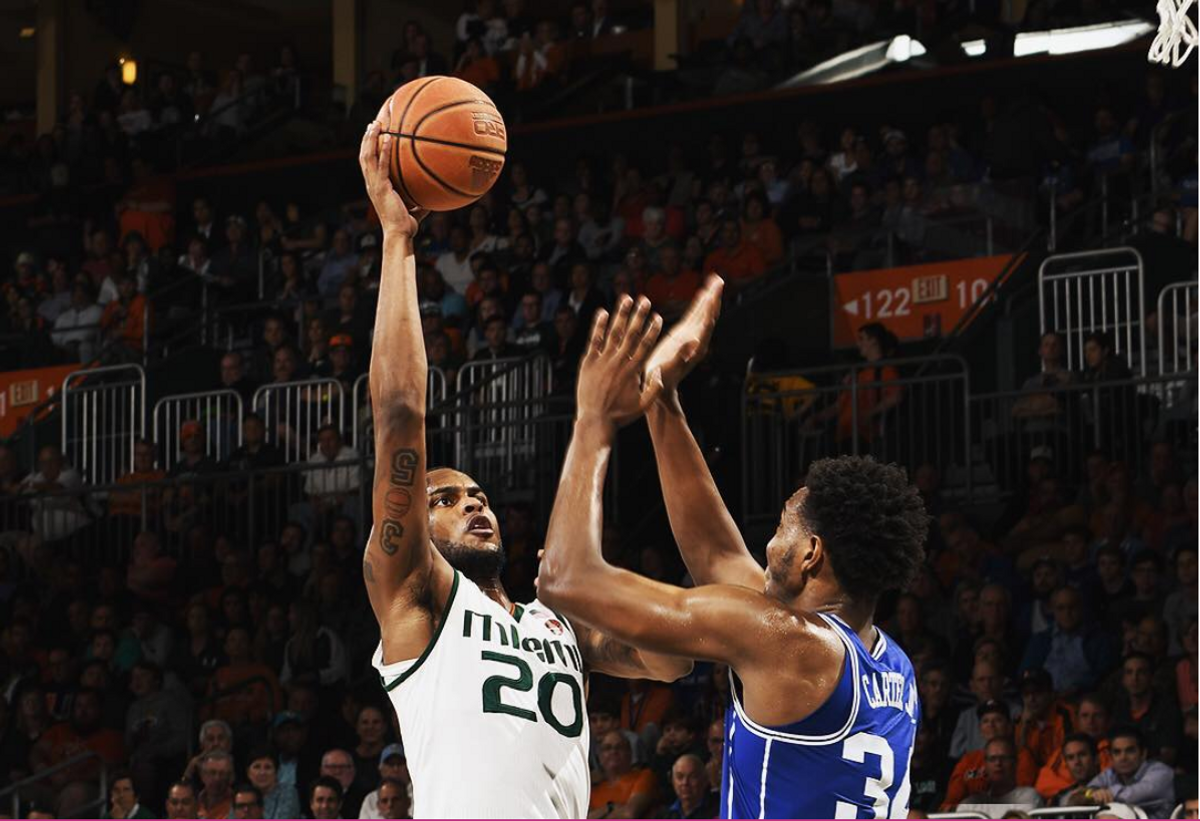 The Miami Hurricanes entered the game against Duke prepared for an upset. The team showed it has the talent to compete with the Blue Devils, but simply struggled down the stretch.

It was the Freshman who put on a show Monday night. Lonnie Walker led Miami with 19 points while Gary Trent led Duke with 30 points. Chris Lykes also finished with 13 points off the bench for Miami.

The Hurricanes got the crowd involved early as Lykes showed his explosiveness. On one drive he performed a quick dribble move on a Duke defender before he finished with an and one off the glass.

Duke jumped out to an early 35-28 lead in the first half. However, the Hurricanes would respond by going on a 12-3 run to take a two point lead. The run started with a Dewan Huell putback dunk and it was capped by a Lonnie Walker three near the right corner. The Hurricanes went into halftime in a close game, with the score 42-40.

Miami used the home court to their advantage as they grabbed the momentum at the start of the second half. Bruce Brown got things going when he stole the ball from Trent Jr. and passed to Anthony Lawrence Jr. who hit the open three. Lonnie Walker decided to get in on the action himself, as he pulled up on a fast break and nailed a three from the top of the key, giving the Hurricanes a 52-44 lead.

Up 56-46, Lykes wet a three from way outside to give the Canes a 13 point lead. Miami would continue to lead the game for a couple more minutes as they stretched their lead to 66-53 with about eight minutes left. However, that was when the Duke run started.

Duke would go on an 18-0 run that started with two threes by Trent Jr. and ended with a layup and a three by Trevon Duval.

The Blue Devils held the lead for the rest of the game and won by a score of 83-75.

The Hurricanes will potentially have a chance at redemption if they see Duke in the ACC tournament.