Mexico, a country of violence and poverty that is affecting the educational system.

Mexico, a country of violence and poverty that is affecting the educational system.

According to the Organization for Economic Cooperation and development, almost 19 percent of Mexican children between 15 and 19 do not have a high school education. The OECD said that the educational system in Mexico has to improve because Mexico ranks low compared to other countries with the same educational system. 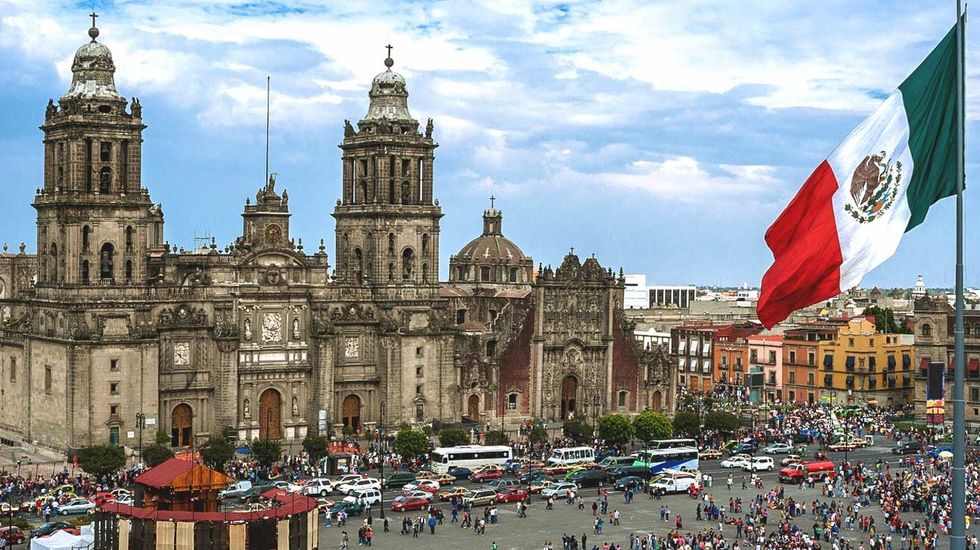 According to the Organization for Economic Cooperation and development, almost 19 percent of Mexican children between 15 and 19 do not have a high school education. The OECD said that the educational system in Mexico has to improve because Mexico ranks low compared to other countries with the same educational system.

Kids need education to grow up, which is an essential part of early childhood development. If children do not receive the education, they need between 5 and 12 years, they are more likely to stop studying by the age of 16. The government has been making progress in improving the education system, including the announcement of widespread education reforms. Even if there have been some reforms, the government has to work a lot to make the educational system work for everyone.

There are some barriers to quality education in Mexico:

1-Poverty and wealth inequality. Because many communities live in extreme poverty, the school dropouts are higher than in cities with less poverty. Mexico has one of the lowest rates of school enrollment, between 15 to 19 years old. The reason behind this is that many kids have to work to provide money to their families. According to the latest researches, 53 percent of Mexico's population lives in poverty. Most of the families have to survive, spending only $2 per day. Twenty-six percent of the families cannot meet essential nutritional needs like eating enough protein or vitamins. Mexico was one of the first countries to introduce a multidimensional poverty measure. CONEVAL, the creator of this methodology, believes that this method would decrease poverty in Mexico. This method was working the recent year, dropping the poverty rate from 16,4 to 11,2 percent. However, COVID-19 has affected Mexico's' economy, and the government believes that the pandemic could add nine million people to Mexico's poor.

3-Gender inequality. The gender gap in Mexico has dropped a lot in the last 30 years, but nowadays, girls are more likely than boys to drop out of school by the age of 12. Girls have to do domestic chores instead of going to school, that is why 83 percent of married Mexican women leave school before they graduate.

4-Shrinking Education Budgets. The Mexican government has cut the budget for education by more than 11 percent. There is no budget to hire new teachers or to buy textbooks. With COVID-19 affecting the country the way it is, CONEVAL suggested that the government introduces universal pensions, unemployment insurance, or basic global incomes to help the population "survive" the pandemic and make sure that. Kids can go to school.

5-Violence: Mexico also has one of the world's highest murdered rates, which also affects kids' access to education. In 2018, the number of homicides in Mexico was around 34,000. This was an increase in 15 percent from 2017. Since Andres Manuel López Obrador won the presidential election, in 2018, the country's murdered rate has increased. The number of people dying is not what worries the government the most is the criminal gangs that have been appearing. The government has received much criticism about how they are dealing with criminal gangs, and many people have accused them of not wanting to stop the shootings. The appearance of these gangs has affected the educational system because many kids decide to join criminal gangs for their safety and stop going to school.

Child Fund is an organization that has been working in Mexico since 1955. One of the most important things they have done is the introduction of community and early childhood development centers. Eighty-four percent of Mexico communities s have playrooms, where kids can stay while their parents work, and most importantly, they can develop their skills.

The government knows they need to fix their major problems, poverty, and violence before solving the inequality in the educational system. Right now, no research shows when the violence or poverty of the country would decrease. However, experts believe that the government needs to do something so future generations could live in a country with education and safety for everyone.