A Message To Ryan Pace: Don't Make A Mistake

A Message To Ryan Pace: Don't Make A Mistake 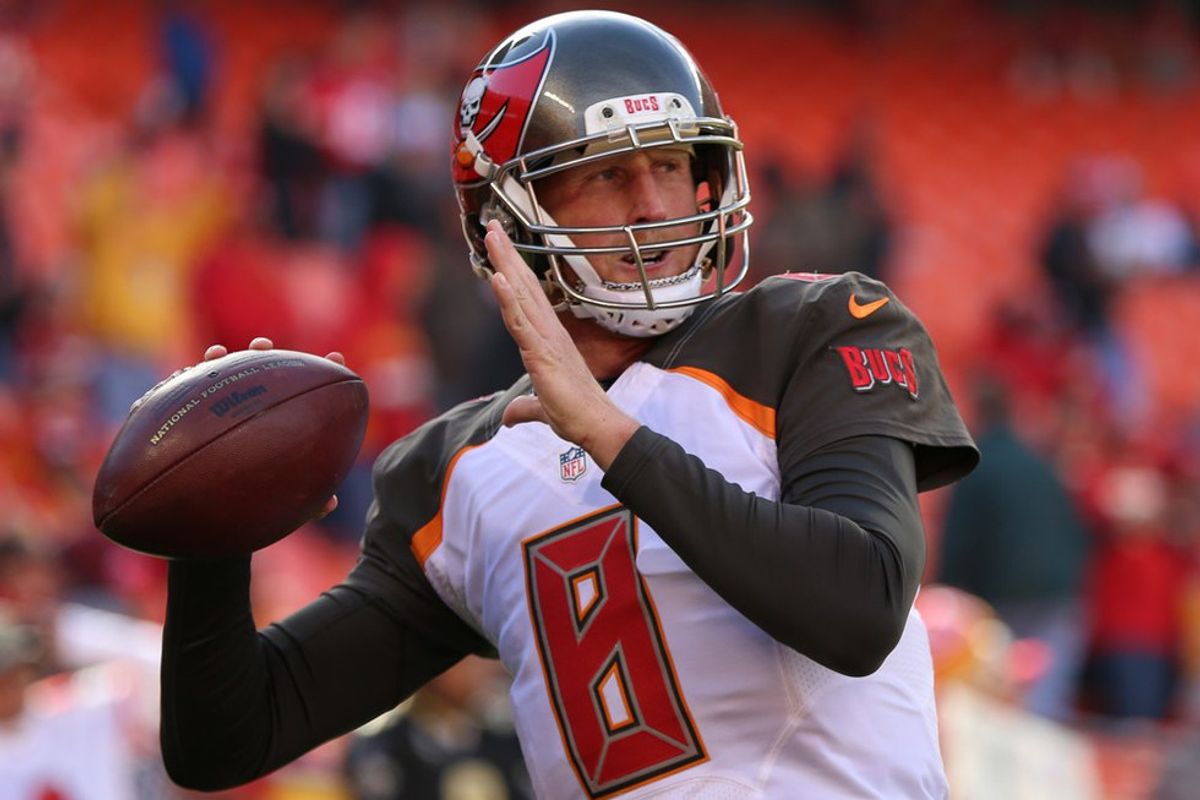 For those of you who don't know, I am a Bears fan. Get your laughs out now. I understand we are bad. That doesn't make me love the team any less regardless of how much I get maligned for being a fan. It will pay off, maybe not next year, maybe not 5 years from now but I am of the belief that it will pay off. However, my philosophy on my fandom is a whole other piece in its own right. Today, I come bearing a message for the Bears's wonderful General Manager Ryan Pace: "Don't make a decision you're going to regret."

If you haven't heard, there are rumors that the Bears may sign Mike Glennon to a deal worth $14-$15 million every year once free agency hits. As a fan, I want to know why. The Bears have so much more needs and in a sub-par year for quarterbacks, both in free agency and in the draft, why would you not address your other problems? I love Ryan Pace but this potential move really baffles me. Why would you throw upwards of $10 million per year at a guy who can most likely only serve as a bridge quarterback, which you already have on the roster and would cost you a lot less in Brian Hoyer or Connor Shaw. Does Pace actually believe Glennon can be a sufficient quarterback and a franchise quarterback for that matter?

Watching Mike Glennon on tape shows good qualities. He reads the field well, he has a strong arm, he has a semi-quick release, etc. However, one thing that sticks out to me is how quickly this all changes when he's under pressure. Mike Glennon under pressure is the equivalent to a middle school student giving a speech in front of his class. He gets nervous and lets his nerves get to him and makes silly mistakes. He throws passes too high or low, throws picks or passes that should be easily picked. He gets skittish under duress and while it sounds like I may be nitpicking, a franchise quarterback, which is what the Bears want with the money they would be paying him, is calm under pressure and still manages to make plays. Glennon does make plays however, in the second half when his team is already far behind and the game is out of his control. In 2014 in a game against the Ravens, Glennon didn't begin to move the ball until the score was 38-0 in favor of Baltimore. What about the games that the Buccaneers won, as few as they are? Everything clicked in those games even in the one against the Falcons where the Buccaneers won 41-28. Glennon's play was average. However, let's not let this take away from a terrible problem afflicting Glennon in his two years as starter. He had little to no surrounding talent. Glennon's only talented receiver in 2013 was Vincent Jackson and while the Buccaneers added Mike Evans and Austin Seferian-Jenkins in 2014, the offensive line made it insanely difficult for Glennon to produce. Every other snap Glennon took was too high or low, and pressure was getting to him very quickly. This won't be as big of an issue in Chicago where the Bears have a relatively solid offensive line. This will be arguably the best group of coaches Glennon has worked with throughout his career. However, Glennon, in the end, looks to be an average starter and only capable of being a bridge quarterback, yet the Bears want to pay him like a starter. Don't force the answer to be there if the answer clearly isn't.

Let's suppose Mike Glennon is the Bears's vision for the future. Glennon has 30 TDs and 15 INTs over the span of his career. That's not a terrible stat line. But, is this the guy you want as your franchise savior? I'm not opposed to signing Mike Glennon. I'm opposed to signing him for $14 million. We have a bridge quarterback that can move the offense more efficiently than Mike Glennon, so why overpay Glennon and kill your team's cap space?

The Bears have a talent deficient secondary. Rumor has it they are looking at Stephon GIlmore in free agency as well. The fact of the matter is that this should be addressed first. This draft class is plentiful of elite level defensive talent and you have your choice of pretty much anyone with the #3 overall pick. The Bears are also in danger of losing three wide receivers in Alshon Jeffery, Eddie Royal, (whose contract it is rumored they will terminate) and Marquess Wilson, yet they are worried about signing a quarterback. Do you see the irony there? The Bears have so many problems on that roster that can be fixed, yet they are forcing a quarterback into place and hoping it pans out.

I am a huge believer in Ryan Pace. He has been active in free agency and it has worked for him, and he has drafted well. The Bears look to have a solid start on offense with Jordan Howard and an above average offensive line if you take away left tackle. They also have a solid front seven on defense and the wizardry of defensive coordinator Vic Fangio only increases the potential of that defense, especially up front. However, this idea that Mike Glennon could be the Bears's franchise quarterback is not clicking with me.

All that said, I, again, have a message for Ryan Pace. Take a moment. Look at your team. Ask yourself: Do I actually want to make this move? If the answer is no, then look at where else you can improve and start there. Improve your wide receivers, improve your secondary. You will likely have a high draft pick next year to choose between a more promising crop of rookie quarterbacks. If the answer is yes, and you decide to throw $15 million per year at Mike Glennon, congratulations. Have fun out of the league after a couple years because it's moves like that where you desperately throw money at a guy who doesn't deserve it, expecting them to be your franchise's savior, that keeps losing teams on the bottom, and causes coaches and general managers to lose their jobs.