Most Memorable Cartoon Intros from My childhood

Unforgettable Lyrics That Will Remain Forever In My Heart 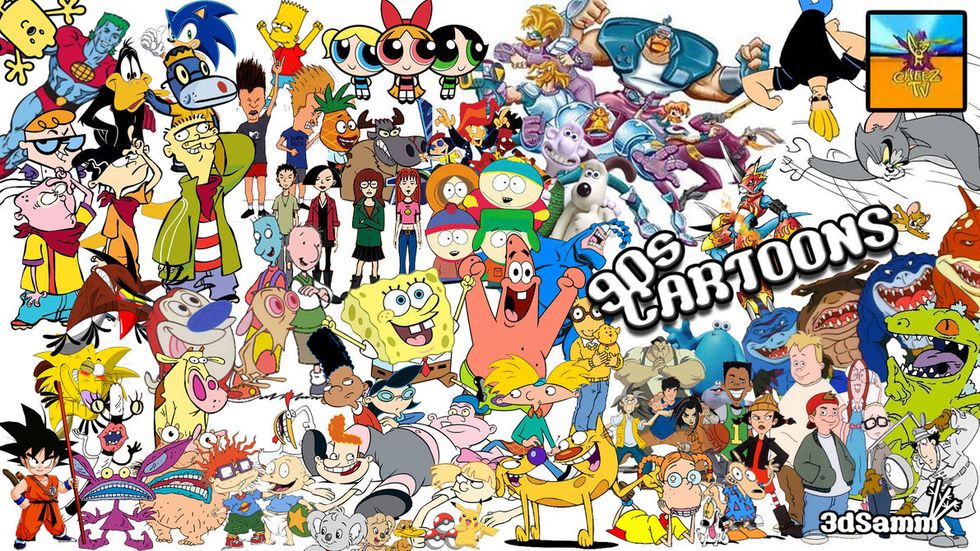 This is a story of an orphan girl who grew up in an orphanage called Pony's Home. The story takes place in Michigan, U.S.A. But, it was written by Kyoko Misuki, a Japanese novelist. The intro song of Candy Candy is 'sung' by the main character herself. She explains how she is her viewers' best friend, and confidant. No matter how sad you are, Candy will always be there for you any time and anywhere.

Ulysses 31 is a modern take of the story of Odysseus from Greek Mythology. This story is updated into the technology advances of the thirty first century. The story line of this cartoon is very much as the one from Odysseus. In its opening intro it is explained how Ulysses (Odysseus) travels at night through all galaxies faster than a shooting star to defend Earth from all external alien forces. Its intro is very catchy. This a French-Japanese anime that was translated into Spanish, English, French, Italian, and numerous languages. The opening intro relates the same message into all languages it was translated using the same musical background. That's so clever!

Jem and The Holograms

Who remembers watching cartoons on Saturday mornings in their pajamas? Jem and The Holograms was one of those cartoons. Jem and The Holograms was an American cartoon about two rivals music bands. The opening intro featured Jerrica Benton's alter ego Jem, a holographic illusion of herself, singing alongside her Holograms. It was awesome and funky. So, perfectly fit for the 80's era of music. In the opening intro The Misfits, Jem's rivals also have an opening part. Just, like the lyrics go "Jem is my name, no one else is the same"! Definitely, I haven't watched a cartoon that suppresses this one.

Heidi, The Girl from the Alps

I know many of us at least have read the tale about Heidi. Heidi a sweet five-year-old orphan girl who lives with her grandfather in the Swiss Alps. Heidi was animated by Zuiyo Eyzo. This Japanese anime is based on the novel Heidi's Years of Wandering and Learning from Johanna Spyri. This anime is based on the first volume of the story written by Spyri. In the opening intro, Heidi is flying on a cloud travelling over the Swiss Alps, singing and asking her grandfather why she's so happy, and why it has snowed, and rained. Heidi mentions her best friend, Peter, her dog, Foggy, and snowflake, her goat pet. This story is lovely, and teaches important family values to young children.

Spartacus and The Sun Under the Sea

Spartacus was a French cartoon. It was originally called Les Mondes Engloutis, meaning the Hidden Worlds. Just, like the before mentioned, it was translated into many languages. It was very popular in Europe and Latin America. The opening intro tells the story of a planet under the ocean that is dying. The planet is dying because its sun called Thera is losing its energy. The children from Arcadia (the undersea planet) built an emissary called Arkanas, who becomes an ally to Spartacus, travelling around the world to find a meaning of Thera and save Arcadia. Spartacus and Arkanas meet Rebecca and Matt, two children from the surface who join them on their quest for saving Arcadia and its sun Thera.

These are a few that I recall, but there are more cartoon opening intros that I will share with you later. I hope you search online for this opening intros and be as fascinated as I was when as a child.