The Memoir of a White-Passing Activist

The Memoir of a White-Passing Activist

My experiences with being mixed race and trying to use my white privilege to help liberate myself and others. 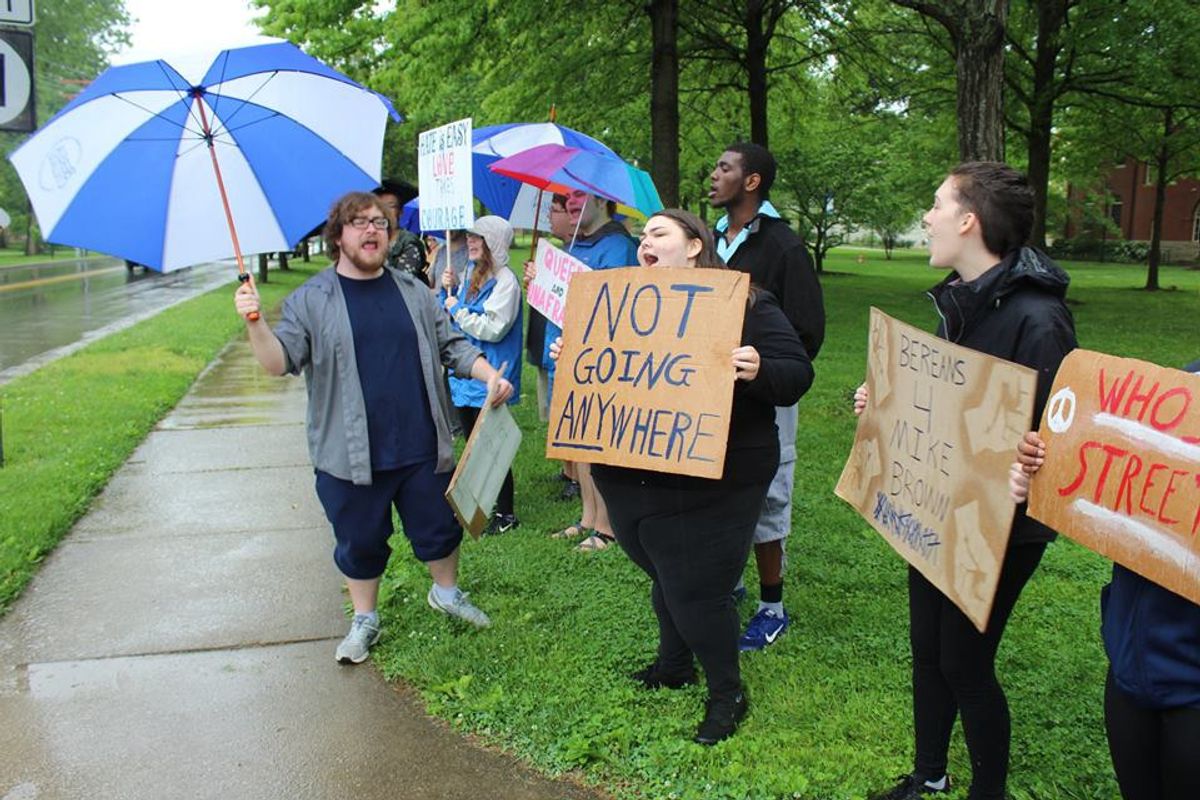 "Oh, you're mixed? Wow, I would never have guessed. Now it all makes sense."

Yes, this is something that has been said to me multiple times, and something that I will probably continue to hear for the rest of my life. But the part that bothers me is not the fact that people don't recognize my indigenous blood upon first glance, but rather that the fact that in the eyes of some people, fighting to gain equal rights for everyone only "makes sense" if I am not a full-blooded white person (which, by the way, is pretty much impossible to come by these days anyway, for all of you white supremacists out there). People say this as if they know that the system benefits white people, and cannot conceive why I, a fellow white person, would ever want to change that. But that in itself is a huge part of the problem. Nothing about racial injustice "makes sense", least of all the hesitation to fight against it.

I am fully aware that when people look at me, they see a white girl. I am aware that when pulled over by the police, I will be given the benefit of the doubt. I am aware that my skin color alone does not elicit distrust to the general populace of the United States. Passing for white, and being mixed with white, is certainly a privilege in more ways than even I am aware of. But along with that comes several other issues, which can sometimes cloud my judgement and make me forget all of the things that passing for white allots to me. The key then becomes finding security in my identity and using my privilege to try to make the world a better place for everyone.

In my experience, being mixed is like being a puzzle piece that doesn't exactly fit into either side of the puzzle. I cannot fit in with white people, the people that I more physically reflect, because white culture does not reflect the Native American values and points of view that create the filter through which I see the world. If I ever mention my heritage in front of a group of white people, I'm sure to get several responses: "Oh, my great-great grandmother was a Cherokee Princess!" or "Don't Indians all live on reservations?" or "You're really pale for an Indian!". Puke. Next topic please. I don't have time for you to pretend to be an "Indian" to seem interesting at a dinner party, Susan.

Yet, at the same time, I cannot readily fit in with most indigenous people either, because there is a severe distrust of white people (rightfully so, historically) within our community. I feel almost like a poser within my own culture - like everyone around me sees the very aforementioned white girl that just wants to pretend to be Native as a fashion statement, rather than seeing somebody that has real Cherokee blood running through my veins and a deep respect for our culture.

For a long time, these two groups played tug of war with me. Though the same blood that courses through me courses through my family as well, we live in a pre-dominantly white state, and have always lived our life as "just white" people with the occasional mention about some Irish relatives a generation or two back. We were just American, and nothing more. It wasn't until I was older that I realized that through generations of acculturation, we had erased ourselves. I thought back to things growing up that didn't make sense at the time, and slowly started to see the burial of my family's Cherokee ancestry. The silencing of my ancestors voices. The success of white supremacy and their attempted genocide of my people. Because what better way to erase a people than to make they themselves forget who they are?

As an activist and as a human being, I couldn't stand for that. I knew that I could no longer ignore my lineage. At the same time I knew that as much as I wanted completely throw myself into a strictly indigenous identity, I was still part white too (Hebrew, Polish, Irish, French, you name it), and consequently have a responsibility to use my privilege to try to make right the wrongs that were done and continue to be done unto my ancestors, the ancestors of others, and even still people of color today. I figured out that being white-passing is an important tool for the mixed-race activist; I can push further, I can go harder, and I can make people that might not listen to others listen to me, if only just for a moment longer. I can be the voice that my grandmother, and her grandmother before her, and her grandmother before her never had. I know who I am, and I know who and what I'm fighting for. As far as I'm concerned, that's the only thing that matters.