The Story Of Mele Kalikimaka

The Story Of Mele Kalikimaka

Ever wonder how this Christmas time standard came to be? 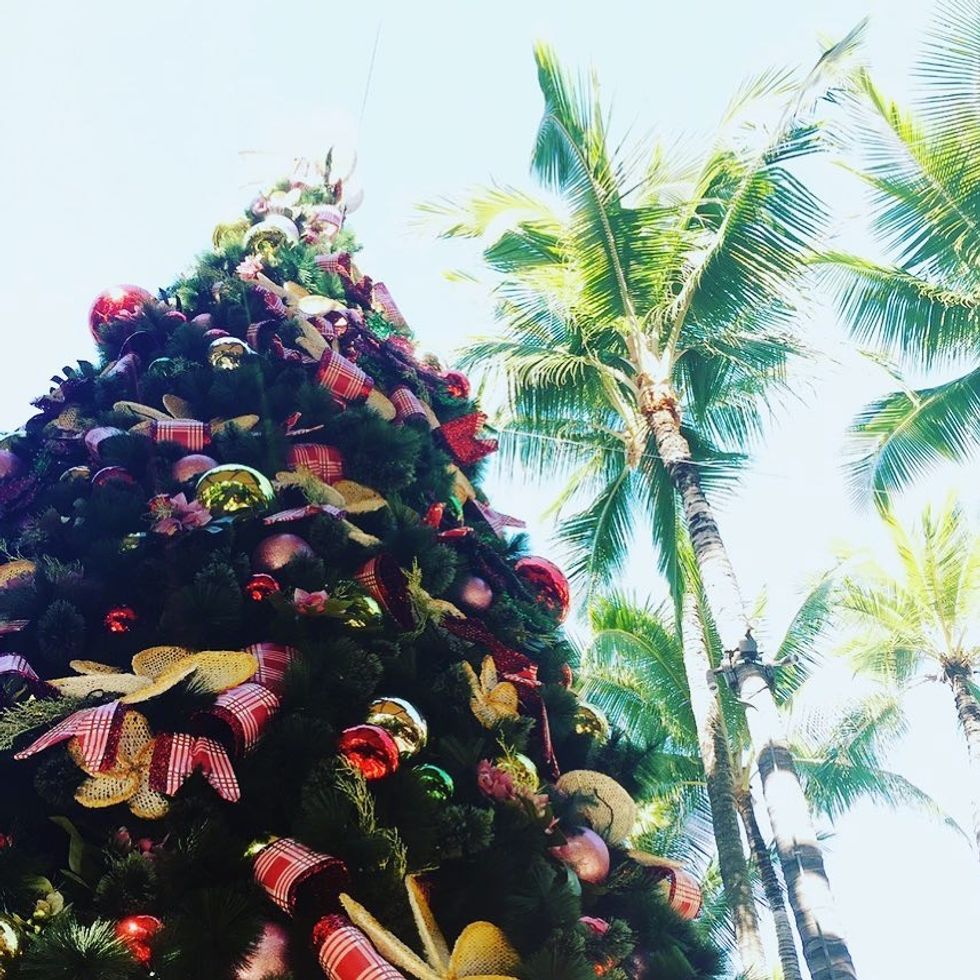 At this point in the year, it is common to begin arguing with friends and family over whether or not it is a sane choice to be listening to Christmas music. Regardless of where you fall on this spectrum, one song has always stood out to me and has probably been a mystery to you as well. "Mele Kalikimaka," sung by the very embodiment of Christmas Music, at least to me, Bing Crosby.

In a world where I both experienced, and listened to a "Winter Wonderland" every Christmas, a song about sunny beaches on December 25th has always stuck out like a sore thumb. So I thought I would dive into why and how it came to exist.

The only fricative is /h/. So what should they use for /s/? Well … it's sometimes /h/ and sometimes /k/. Thus the English word crease might be rendered as kaliki or kalihi. Then there are the extra vowels. That, of course, is because Hawaiian doesn't allow consonant clusters — so that /krɪ/ becomes /kali/ — or syllable-final consonants — so that /mas/ becomes /maka/.

By the way, a "fricative" is just "a consonant sound, such as English f or v, produced by bringing the mouth into position to block the passage of the airstream, but not making a complete closure, so that air moving through the mouth generates audible friction."

Okay, so now we know how the song got its title, what about the rest of the story? Well, the song was written in 1949, by Robert Alex Anderson which means it was written a full decade before Hawaii became a state in 1959!

Sadly a lot of the information I was hoping to find has been hard to get a hold of, so I'm depending on Wikipedia more than I'd like. Robert Alex Anderson, a writer of Mele Kalikimaka, was born in Hawaii, graduated from Cornell, and although he was a successful businessman, he also had a good run of writing songs, and IMDB gives him 26 songwriting credits.

So why did Bing Crosby pick to sing Mele Kalikimaka? And a great many other Hawaiian songs? Well, "A Broadway show called Bird of Paradise introduced Hawaiian music to many Americans in 1912 and the Panama–Pacific International Exposition in San Francisco followed in 1915; one year later, Hawaiian music sold more recordings than any other style in the country." Bing Crosby's own introduction may have been "in 1917, Crosby took a summer job as property boy at Spokane's "Auditorium," where he witnessed some of the finest acts of the day, including Al Jolson, who held him spellbound with ad-libbing and parodies of Hawaiian songs". Then, as Bing Crosby began to build his career, Hawaii grew in fame as well.

After the Attack on Pearl Harbor brought the US into World War Two, Crosby would put his talents to use in helping keep up the morale of US troops and would do well. "In a poll of U.S. troops at the close of World War II, Crosby topped the list as the person who had done the most for G.I. morale, ahead of President Franklin Delano Roosevelt, General Dwight Eisenhower, and Bob Hope." The war also had an effect on Hawaiian music, "the influx of thousands of American servicemen into Hawaii during World War 2 created a demand for both popular swing rhythm and country sounds. The western swing style, popular on the mainland since the 1930s, employed the steel guitar (the steel guitar which originated in Hawaii) as a key element and was, therefore, a natural evolution."

All of this, a young singer hearing a new style, a language re-interpreting a common phrase, World War Two, all played a role in the creation of one of the many Christmas songs we hear on the radio today.