She smokes menthols, she likes harem pants and Versace sunglasses and her goal weight is Kate Moss in the nineties. 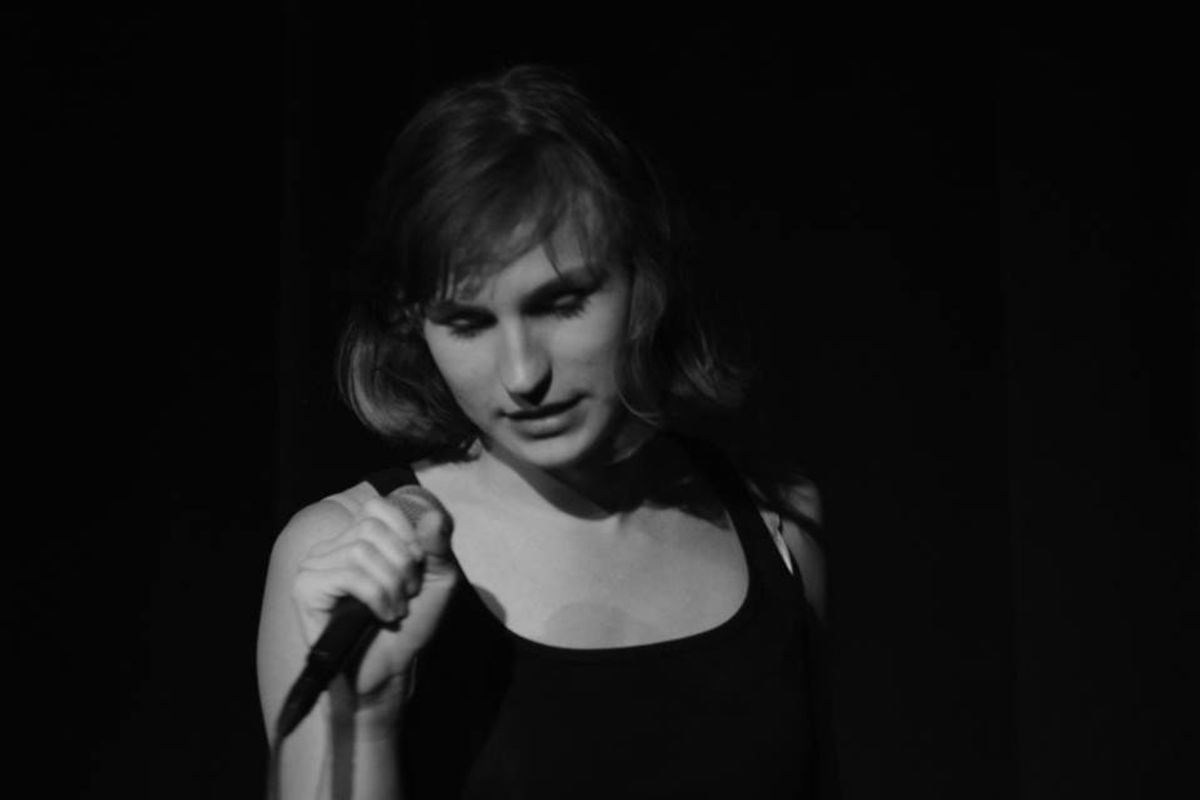 Cynical, self-deprecating, and always ready with a witty comeback, upcoming stand-up comic Willow Wheeler will have you simultaneously laughing and wondering Is this girl okay? If you’ve ever been to open mic night at The Joint, you may have had the chance to hear her take on everything from creepy men on dating sites to Kate Moss’ heroin addiction. With a flair for observational humor and pop culture critique, Wheeler’s own experiences and perspective as a queer and transgender woman is an intentional aspect of her comedy. When she isn’t performing stand up, Wheeler spends her time working as a local activist for LGBTQ and racial justice organizations and replaying Mass Effect for the twentieth time.

Though the stand-up scene in Little Rock is a small one, comedy clubs such as The Joint Theater and Coffeehouse and The Loony Bin Comedy Club hold open mic nights that offer upcoming and amateur stand-up comics from all over the city the opportunity to perform live in front of an audience. It certainly isn’t hard to pick out Willow Wheeler at any of these shows---with few exceptions, she is often the only woman in the lineup. You can usually catch her at 8:00 PM on Tuesdays at The Joint in North Little Rock.

She smokes menthols, she likes harem pants and Versace sunglasses, and her goal weight is Kate Moss in the nineties---meet the newest and freshest face of comedy in Little Rock.

So what got you into comedy?

“Cause I wanted a career with a lot of financial security and health benefits (laughs). Also lots of stock options.”

Who is your favorite comedian and why?

“I really like comedians who don’t use a lot of offensive material. And I think that’s really hard to find, a lot of people don’t realize that you can be funny without being a racist piece of shit. If I had to pick a comedian...I really like Amy Schumer’s style, but I don’t like how offensive she can be and how she’s offensive just for offensive’s sake.”

Jerry Seinfeld said not too long ago that “political correctness” is ruining comedy. How do you feel about this and similar opinions from other comedians?

“I think Jerry Seinfeld is a lazy comedian. If you can’t make jokes without being ‘politically incorrect’, then you’re just probably not that good at writing jokes.”

What influences can you credit your comedy? Like other comedians, people in your life, or certain styles?

“I really like self-deprecating comedy, so I have to say my mother has been a huge influence with that (laughs). Got a lot of inspo there, like ‘Yeah! I am a lazy piece of shit!’”

Is comedy a hobby or a career choice for you? Do you see yourself doing comedy in ten years?

What about thirty years?

How do you write your jokes? What inspires your humor and how do you get started?

“Uhhhh, I smoke lots of weed (laughs). Ok no, legitimately, though, I guess my biggest influence is people being funny on twitter.com [and] just getting high and joking around with my friends.”

How is the comedy scene for women in Little Rock, especially for you as a queer transgender woman?

“Well, a lot of the time I’m the only woman going on stage, let alone the only trans person going on stage. It just depends on where you go, like there are some clubs I go to that are really cool and everyone there is really chill and really diverse. Then there are other places, like a certain unnamed club where I got roped into a conversation where the woman trying to talk to me thought Donald Trump would make a great president and that Obama was a ‘Mooslim’.”

How do your experiences as a transgender woman influence your comedy?

“I think being trans has definitely made me more nihilistic (laughs). And also, I think that, you know, being a trans woman has informed a lot of my politics and a lot of my comedy comes from my politics. So, in turn, it affects my comedy.”

Where are you from and how has that influenced your life and your humor?

"I’m from Florida originally, so obviously I’m really weird. Weird shit goes down in Florida. I think that kinda influences where I get my constantly 'methed out' vibe."

Is there anything else you’re dying to say?

"Do more gay shit with your friends."

Emmaline B
The Narrative
13756
https://unsplash.com/photos/O0T1SIgHAfM