The transition from desolation to Christ. 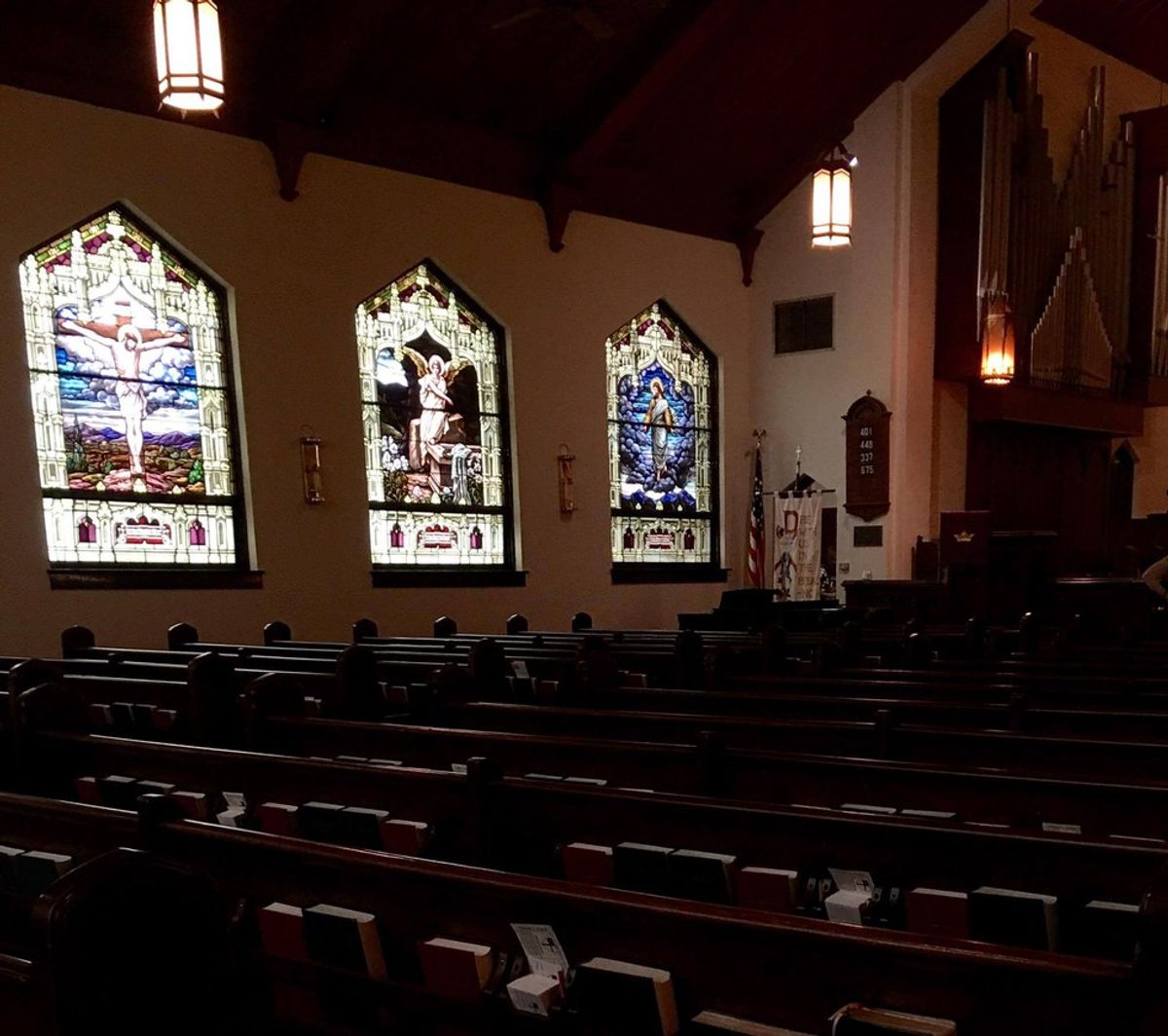 One of the many struggles that comes along with being a college student on your own is knowing when and how to follow Jesus. Of course, our hearts may know that at all times, and in all places, we are called to walk with the Lord. Our minds, however, may not always be as sure.

1 Peter 4:12 reinstates how much we all too well know that our world is full of suffering, deceit and temptation: "Dear friends, do not be surprised at the fiery ordeal that has come on you to test you, as though something strange were happening to you." I find Peter's diction in this verse quite humorous, because it's so true; the inevitable trials and suffering will remain as long as we're humans on this earth. That's a hard truth to face, and even harder without Jesus.

So, the million dollar question: How do we "choose Jesus" in times of temptation and/or suffering?

I can't fully answer this question on my own, but I can point in the direction of Matthew. His story is quite possibly my favorite.

At the time of the Old Testament, Jewish rabbis were an exclusive group of elites with immeasurable knowledge of the Torah (the first five books of the Bible) and the writings of the prophets. I mean, these guys could recite entire books on cue before breakfast, the holiest of the holies. A part of what made each rabbi special and gave them esteemed credentials was the group of Talmidim that followed him. Talmid translates to "student" or "disciple," and in order for a man to become the student of a specific rabbi, they went through an intensive application process.

"Not A Fan" by Kyle Idleman compares this application process to that of Harvard's, where only those with the highest GPA, SAT and ACT averages were even considered. A rabbi's reputation was heavily influenced by the excellence of their Talmid, making such an application competitive and thorough. Once, and if, a student was accepted into the Talmidim of a rabbi, the young man would leave his home for a lengthy duration of time to live like his teacher. He would spend every waking moment with his rabbi, observing and learning in order to become like him.

Then, a new rabbi by the name of Jesus came along and changed this application process forever. Not only did He change it, He threw it out altogether. Jesus was calling for anyone and everyone to follow.

During Jesus' discipleship, He traveled through a town called Capernaum. He encountered a man named Levi, whom we now know as Matthew, sitting at his tax collector booth on the side of a busy and congested road.

To be a tax collector at this time was a greatly dishonorable occupation, since they were under the rule of the Roman Empire, and therefore, they were collecting tax for the oppressors and against their own people. Tax collectors were known to be deceitful, greedy and dishonest, often disowned by their family and friends, and took excessive amounts of money for their own self-gain.

How Matthew got to this point in his life isn't directly known, but it seems he must've been at an all-time low. He was surrounded by drunkards, liars, thieves, prostitutes and practically sinned to make a living. Rabbis did not approach such sinful men. They were just too far out of the realm for redemption or salvation. But Jesus did not agree.

Jesus walked right up to him.

Have you ever felt that you were just in too deep, too far away for grace to possibly reach? Unworthy of the endless love God provides to those who follow? Matthew definitely did. Matthew had probably heard by now of this new guy named Jesus and of the miracles He was performing. And he probably thought to himself, "Eh, I'm just a sinner, He wouldn't want me, anyway." That same Matthew we know today, the renowned disciple of God who bears the name of the very first book in the Gospel, was drowning in the same temptation and sorrow that we experience today. In Matthew 9:9, Jesus said two words that would completely change his life forever:

In this instance, I always imagine a loud, suffocating and frenzied room full of people, all turning sharply to face the man holding the shrieking microphone. Silent, awed and maybe even slightly insulted. That's how I imagine the reactions of the bystanders in the street surrounding the booth when Jesus spoke to Matthew. What's just as flabbergasting and awesome is Matthew's response in 9:9:

"...and Matthew got up and followed Him."

It's curious to me what the duration of time was between Jesus' command and Matthew's response. Surely, Matthew knew what he was to give up if he decided to follow Jesus. He knew that he had to choose between one life or the other. Could it have been seconds? Minutes? Such a short verse is comprised with so much depth; this was a life-changing decision. However long it took, Matthew followed and left his old life behind him. A life full of great infamy and depression was completely abandoned for the love of Christ alone.

In great uncertainty, Matthew took a hugely courageous leap, but even in great uncertainty, Jesus makes a promise to us in Matthew 16:4: "'Whoever wants to be my disciple must deny themselves and take up their cross and follow me. For whoever wants to save their life will lose it, but whoever loses their life for me will find it. What good will it be for someone to gain the whole world, yet forfeit their soul? Or what can anyone give in exchange for their soul?'"

Jesus calls to anyone and everyone to follow Him, no matter the influence or sorrow or reputation this world brings upon us. In Christ, we are able to deny ourselves altogether and make way for His love. Jesus promises to us that once we lose ourselves--our self-image, self-righteousness, identity, baggage, depression and pride--for His sake, we can become alive again! We can find ourselves on this rushed, congested street, even in the midst of our ugliest sin.

I urge you, myself and our society, to do as Matthew did and follow Him, because He is calling us all to go and do likewise.