Thanks for everything you do! 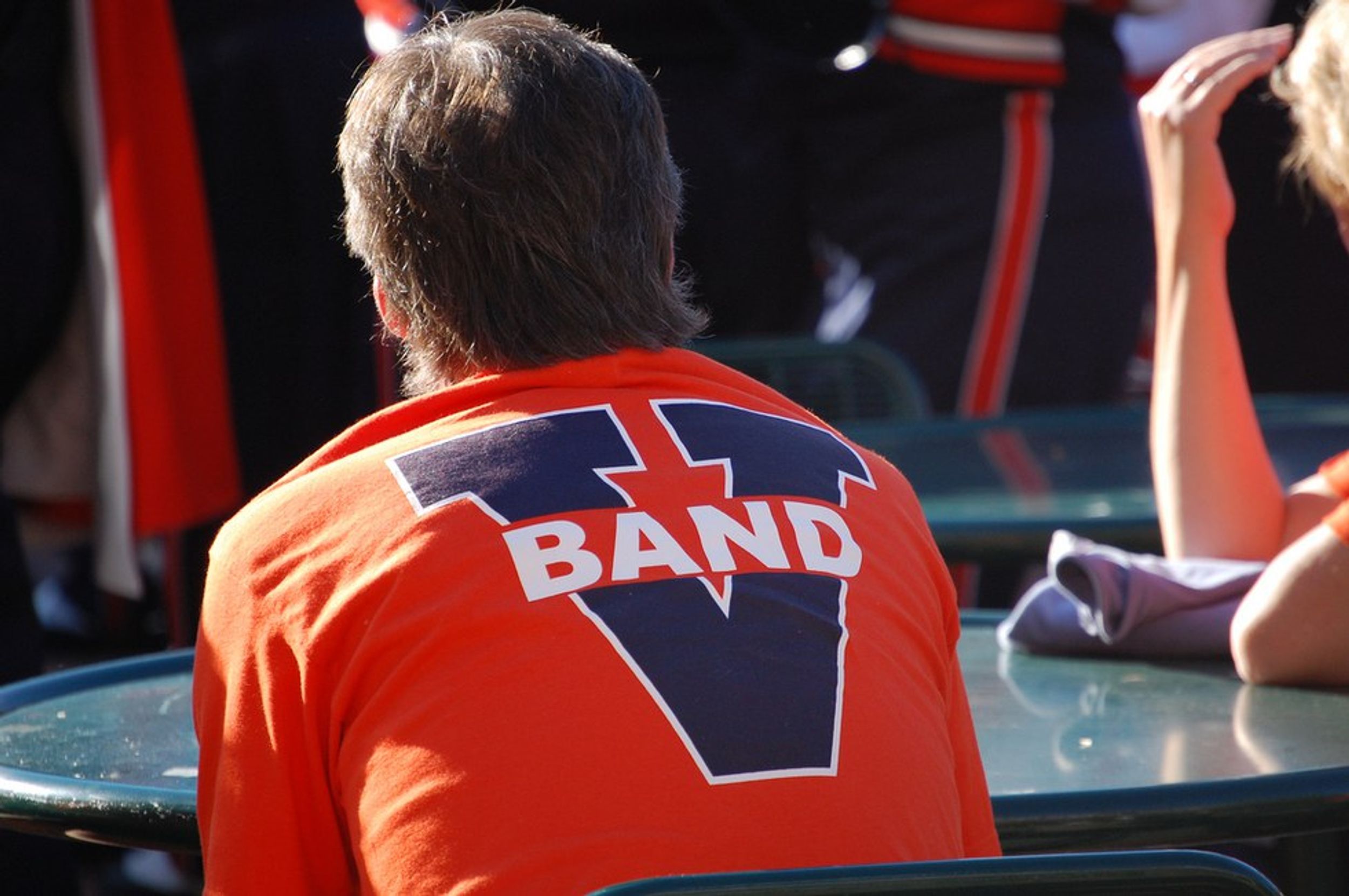 It’s officially marching band season, and that means lots of sunburn, sore legs, and pages upon pages of music and drill. You've signed up for your high school’s marching band, and you don’t know what to expect, or maybe you are going to college five states away and don’t know how to adjust to band life in your new home. Your section leaders may have sent you a list of what you need to tote along, but a couple Creators at Furman are here to fill in the blanks! College or high school, we’ve got you covered.

At high school and college football games, watching the half-time marching band show may be a favorite time of the night. Well, just like any other team collaboration, the show you're enjoying is the result of not just the members on the field working together but also the work of band directors, volunteers, staff, and ESPECIALLY the ever-faithful band parents.

For those who don't get to see behind the scenes... without the supportive backbone of parents that put in hours, days, and months of their time to keep the band going, the marching band would fall apart. Band parents, this one's for you.


This last week, I returned to my alma mater as a tech for their band camp. As a returning alum, I knew how the band itself operated on the field, but I had the chance to step back and realize something: in the moment, trying to get the technique down, hit your dot, pay attention to forms, keep from getting yelled at from the tower, or getting swept up in the competition, it's easy to forget about what's going on the other 98% of the time.

Throughout our 9am - 12pm rehearsal, I could walk into the back hallway behind the band room and find probably a dozen or more band moms helping to prepare and set up for lunch. Repeat around dinner time except on a slightly bigger scale.

I remember back during all of those competitions when I would come off the field upset about a messed up form or a section member being out of line or a mistake or something of the sort, and walking right past the lines of band parents who had gathered by our buses to congratulate us - only being able to muster a half smile.

I remember watching the pit moms and dads shuffle percussion instruments and even props on and off the field at every single one of our competitions; sometimes even beating the rest of the band - and we only had ourselves to set up.

I remember the two years that I didn't have my driver's license, so my mom or dad would have to take me to our dark-thirty call times to go to competitions. Especially when we would have to be at the school by 5:15am.

I remember pulling up to the school after State competition my freshman year - and every year after that - hearing the chorus of car horns and excited screams as our seemingly crazy parents greeted and congratulated us after a long competition day.


I was lucky that in my four years with the band, I got to travel to Hawaii and New York City. Since I could not work at the time, I remember how hard my parents worked to be able to pay for our family's trip fees.

During band camps, I remember watching student after student drop out of formations in the 105 degree South Carolina heat and humidity to end up in the first aid tent where our dedicated moms would care for said student.

I remember helping pit dads unload the trailers at the end of a long competition day - and admittedly, not helping a couple times when I get too swept up in the after-competition shuffle...

I remember the grandfather, whose grandson graduated the year before me, who continued to drive the 18-wheeler that carried all of our equipment, uniforms, and props. He stands alongside the many parents and grandparents that have stuck around way after their children have graduated.

I remember watching one band mom after another walk up to my head band director with cold water bottles, placing them on his tower.

I remember the hours I spent with my mom and dad at dinner or in the car after competitions, complaining, being proud, getting excited, or just sharing my favorite things about this organization and what it was doing for my levels of responsibility, stress management, and just overall happiness. Even though at times, it didn't feel like it.

I remember band parents becoming my second, third, fourth, and so on... parents; while their kids in the band alongside me, became my family.

I remember so many other things I can accredit to band parents.

After spending time on the outside looking in, I want to make sure every band parent across the country gets a "thank you." Whether it be from a director, your child, or the sweaty kid saying "thanks" for the tray of food you hand them at lunch break, I want you to know that you are one of the best things that can happen to a band program. You are loved.

Thanks to all of you amazing parents out there!