March News: As Told By Memes

If our generation is amusing ourselves to death, why don't we inform ourselves while doing so? 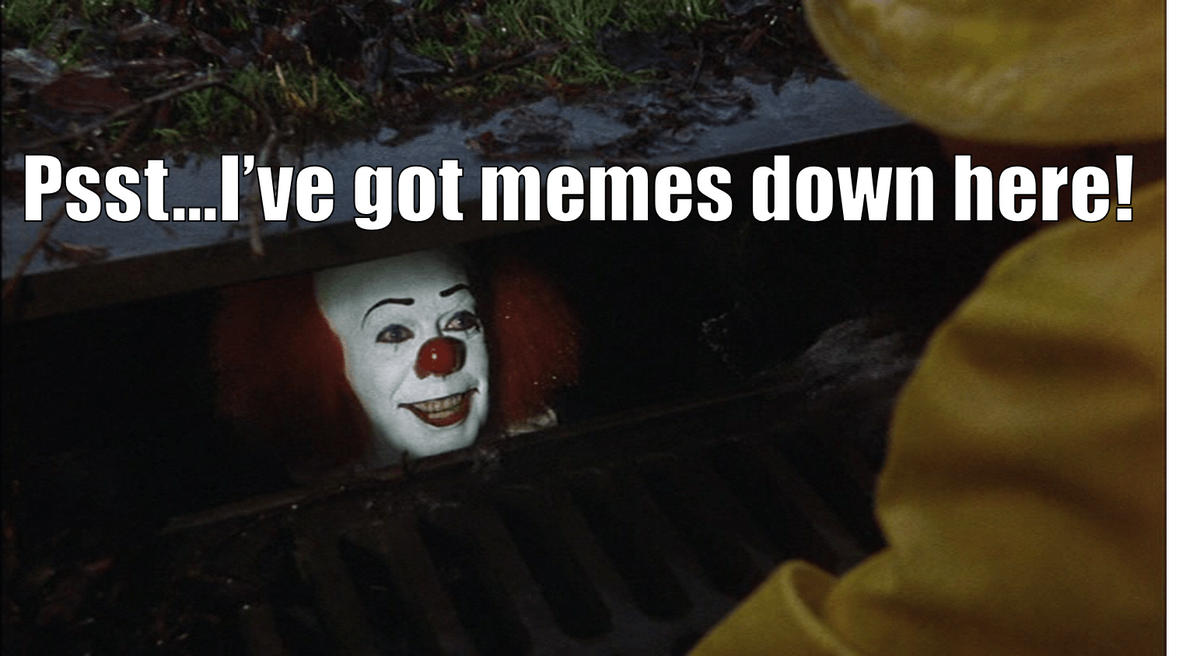 Speaking for myself and other millennials alike, we tend to find most news to be quite boring and tend to not always make it a priority to follow (politics particularly). However, as mind-numbing as it may seem, it would be foolish for our generation to purposely ignore the news, and give into ignorance that past generations (most notably Aldous Huxley) have warned us about.

I will admit that I have not kept up with the news as much as I should lately, thanks to working a full-time overnight job as well as taking a few online college courses. But shit, when you only have one day off every week, what kind of psychotic would want to spend it indulging themselves in the miserable swamp of politics that has yet to be drained? Well, compromise is key in this case, and the one way to get my generation to pay attention to something is when entertainment is involved. When the thought of creating memes came to mind, researching the news suddenly became more interesting to me. Memes are one way to keep our limited attention span from drifting off elsewhere, so why not merge them with the news? If we are indeed amusing ourselves to death as a generation, why don't we inform ourselves while doing it? If newspapers plan to survive, then perhaps this is a trend they should follow.

So, enjoy the following memes I have personally created, as well as a few that I have found online as well:

Let's start off with some good news. The infamous Pharma Bro (who notably hiked up the price of a lifesaving HIV medication, Daraprim, from $13.50 to $750 a pill) is finally getting the karma he deserves, and will be serving seven years in prison for defrauding investors in two failed hedge funds. Of course, the internet has already had it's fun with this news story:

Moving on from that, Jeff Sessions prehistoric wrath has been all over the news this month:

He fired the FBI Director, likely in an attempt to save his own skin, after Andrew McCabe authorized a criminal probe of him. But the timing of this move by Sessions was too hilariously savage to ignore.

But his rage didn't stop there. He also shredded the limited progress the government has made regarding cannabis, by rescinding the Cole Memos. However, there are numerous members of congress attempting to counter this move by introducing a new bill, in order to help protect medical marijuana from his prehistoric wrath.

On March 14th, we unfortunately saw the death of a true legend in Theoretical Physics, Stephen Hawking. Nevertheless, the internet has had its fun afterwards, but I'm sure Hawking would not take offense. To quote him exactly: "Keeping an active mind has been vital to my survival, as has maintaining a sense of humor,”

In other news, Oscar the Grouch is going places. Finally moving out of his single trashcan studio on Sesame Street, onto an island in the Pacific Ocean that's twice the size of Texas!

This is no ordinary island however. For those who have not heard of it, this gigantic island in the middle of the Pacific is referred to as the Great Pacific Garbage patch. It is the world's largest collection of ocean garbage that is now reported to be twice the size of Texas and growing.

Perhaps if we threw our trash in the trashcan like Oscar asked us too as kids, then maybe we wouldn't be dealing with this mess.

In sports news, the NFL has seen a frenzy of trades and roster signings in March. Most notably the 49ers signing Richard Sherman, after the Seahawks decided to release him. Although as unfair as it might be, an Achilles injury can cost you a job in the cutthroat business of the NFL, but Sherman will certainly have his revenge on the Seahawks soon enough.

And ironically, just shortly after Richard Sherman made his arrival on the other side of the Bay Area, Michael Crabtree packed his bags and left Oakland, signing a three-year contract with the Baltimore Ravens. The two events are likely unrelated, since the Raiders had released him to sign Jordy Nelson after all. But still, the timing was priceless, considering Sherman's and Crabtree's history.

And to turn to the NBA, Blake Griffin pulled a Zaza on James Harden, nearly injuring him during an intense game that went into overtime on March 22nd:

...which likely caused an uproar from the Rockets fan base:

And lastly, some news from where I reside. Winter didn't appear to accept its eviction notice yet, and is harboring itself within the Pacific Northwest. On Friday the 23rd, the highs were barely climbing into the upper 40's, with chances of rain/snow mix, as well as some hail. That cursed Grinch must be up to something, somewhere on Mount Hood. A native Texan can only handle this cold weather for so long...