The Meaning Of Fall in Bellingham
Odyssey
CurrentlySwoonLifestyleHealth & WellnessStudent LifeContent InspirationEntertainmentPolitics and ActivismSportsAdulting
About usAdvertiseTermsPrivacyDMCAContact us
® 2023 ODYSSEY
Welcome back
Sign in to comment to your favorite stories, participate in your community and interact with your friends
or
LOG IN WITH FACEBOOK
No account? Create one
Start writing a post
Student Life

The Meaning Of Fall in Bellingham

How I've come to view my autumns. 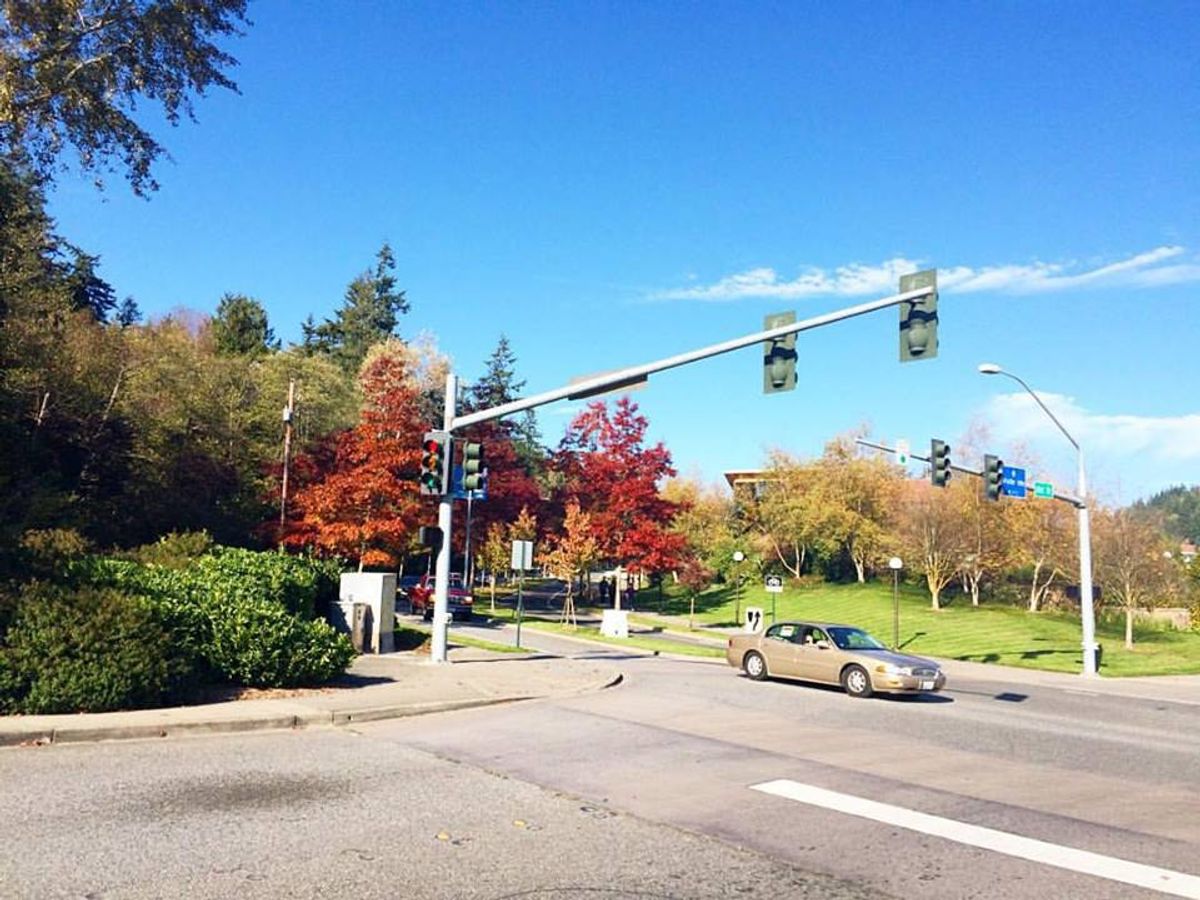 Autumn has all of a sudden sprung itself upon me, as it has done since 2011. Clambering up High Street was when I noticed leaves on the ground, and I thought to myself, "Huh, fall is finally here."

My summer consisted of many traveling adventures all over the United States, including Denver, Las Vegas, New York City, and Boston. By the time classes started, I felt refreshed, almost like I had an entire year's break. Nevertheless, I yearned for more freedom, not wanting my body and imagination to be boxed into a classroom. Many students can't wait for school to begin again after they become bored of summer, but going into my fifth year at Western, my enthusiasm for formal education had dwindled. Normally, I am indifferent to the seasons themselves, never preferring any one over the others. Because of now associating warm air and sunny skies with camping, going into different cities, making new friends, and, of course, romance, I have anxiously awaited the onset of autumn. Looking around at people's reactions to the new season, I believe this weather and the resulting lifestyle has value everyone can appreciate and learn from.

The anticipation for (or the jokes about) pumpkin spice lattes, beautiful foliage, and frolicking in the crunchy fallen leaves have been observations I have personally noticed that in the people around me. I hold none of these affinities. I believe beauty can be appreciated during all seasons, even in different terrains, including the oft-ridiculed Eastern Washington. I guess when people imagine autumn, they think of the glowing orange, yellow, and red trees that glisten on the sides of the roads. I see those, but I also notice brown, soggy leaves that saturate the streets and sidewalks. If it weren't for the chillier weather, I could almost pretend autumn isn't happening, because clean-up crews work hard to rake up or blow away any foliage that reaches the ground. Sometimes I'm grateful, because I have a legitimate fear of slipping on some moist leaves or pine straw, but it makes me wonder: Do people see just what they want to see?

An acquaintance of mine was flattening and drying out particular segments of plants she had come across, meaning to press them in a notebook to save them for future appreciation. These pieces were quite stunning. I speculated on why this was a hobby I never took up. There were many different valid reasons that crossed my mind, but one particularly stood out to me -- I never cared to look for this beauty.

During the summer of 2012, I dated someone I met during a political club meeting. While it was a nice experience, he and I ended up parting ways on less-than-friendly terms. For a couple of summers thereafter, my time spent with him would randomly come to the top of my head during those oddly warm Bellingham nights. I had to learn to ignore those feelings of loneliness and unknowingly replaced them with new, happier memories. The cold nights that overwhelm the city after summer have haunted me as well but in a different way. During the fall and winter from Oct. of 2014 to Jan. of 2015, I went out with someone I had met at a party. Unlike the previous guy, he and I still get along, although he is now attending school out-of-state. After hitting up a bar or two, we would walk around downtown. Despite being sensitive to the cold, especially the wind, I somehow managed to keep up with him, as the cold didn't seem to bother him all too much. These are the kinds of memories I can look back on and enjoy. Shivering while downtown has become an oddly nostalgic experience, although I still try to go somewhere warm as quickly as I can.

Ultimately, you can choose what you associate the seasons with. Sad memories and current problems can permeate your thoughts, but looking for the wondrous will give you something to keep on going for. A windy day on campus will have me worrying about another bug being blown into my eye. It is only a temporary concern, and I choose to look forward to coming home to a roommate who I know I will have cherish-able moments with. Autumn, like all seasons, has its mixture of the good and the bad. While you may take notice of the bad aspects or realities, remember to take a moment to appreciate the sight of the red deciduous tree against the backdrop of the infamous evergreen trees of the Pacific Northwest.