What does this say about the future of our country? 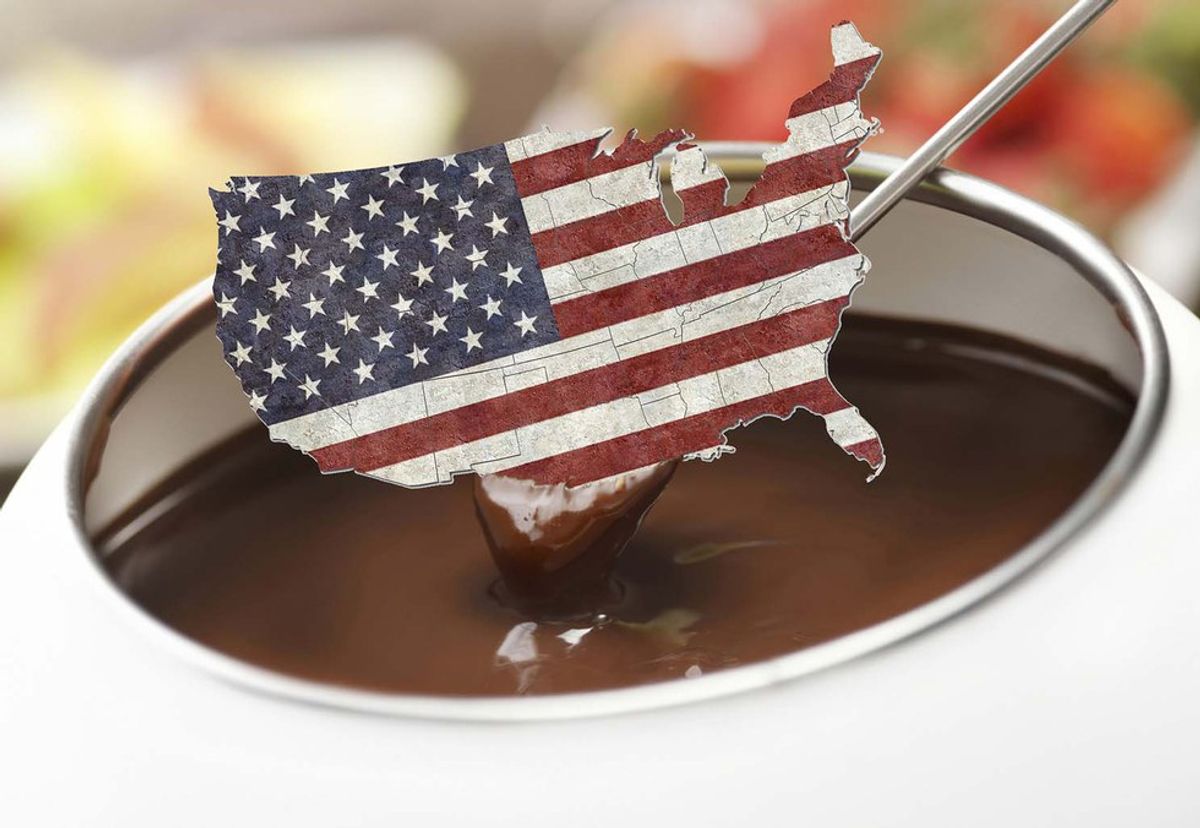 As I sit here, still reflecting on the results of the 2016 presidential election, my heart is breaking. A steady stream of tears has been flowing ever since I heard the news: Donald J. Trump is the 45th president of the United States.

Never in my life have I ever been so disappointed in my country. How could we elect a man who so proudly boasts hatred and bigotry? How could he ever lead one of the greatest countries in the world?

When we are younger, we are taught that America is the "Great Melting Pot." It is a land of people who immigrated from all over the world in search of a better life. We are descendants of these immigrants, a product of their hard work and dedication. We all have different skin colors, different religions, and different sexual orientations. Our differences are what make us great and we each contribute differently to our country in our own unique ways. This is what made America great.

As we grow older, we start to understand our history a little bit more. We begin to see the struggles that these unique individuals have gone through over the years. The fight for religious freedom, the fight against slavery and Jim Crow laws, and the fight for women's suffrage and gay marriage are all battles that were fought and won for the fundamental rights of our citizens.

Many decades later, we are still making progress towards a country where we can embrace our differences and love one another. Islamophobia, racism, homophobia, sexism, and xenophobia, although still present in today's society, were on their way to becoming outdated terms. As a country, we were beginning to become enlightened on the issues facing our citizens, and great progress was being made.

Of course, that was until Donald Trump announced his run for the presidency. Throughout his entire campaign, Trump used fear of differences to instill thoughts of hatred and violence into the minds of his supporters. His voice boomed through rallies, preaching about Mexican rapists, insulting women, and demanding the ban of Islam in America. The worst part about it was that his supporters treated his words like they were straight out of the Bible.

That's the real problem I have with this election. It is bad enough that a man that festers so much hate into everything he does has become President of the United States. But what is worse than that is the fact that this kind of behavior is being condoned by the American public that elected him.

Over the past week as the election rolled around, I have seen the true colors of the people I love. I have watched as my friends, family, and sorority sisters have cursed at Hillary Clinton and third-party supporters. I have observed as they applauded the violence being committed by fellow Trump supporters. And I have cried as they have bashed the mere existence of human beings, just because they are different.

What does this mean for the future of our country? Electing an anti-LGBTQ, anti-Islam, anti-equality president is going to ensure that America is never again referred to as a melting pot of different cultures. Fueled by hatred, this presidency is going to do anything it can halt any humanitarian progress that has been made over the years.

We cannot let it. We have every reason to be outraged and even frightened of this outcome. However, we cannot concede. We cannot let the ideologies of an ignorant man change who we are and what we believe in. We must love one another, now more than ever. With the hate and ignorance that is to come in the next four years, we are going to need it.