Here's Why The Makeover Montage Trope is Actually Really Awful

Here's Why The Makeover Montage Trope is Actually Really Awful 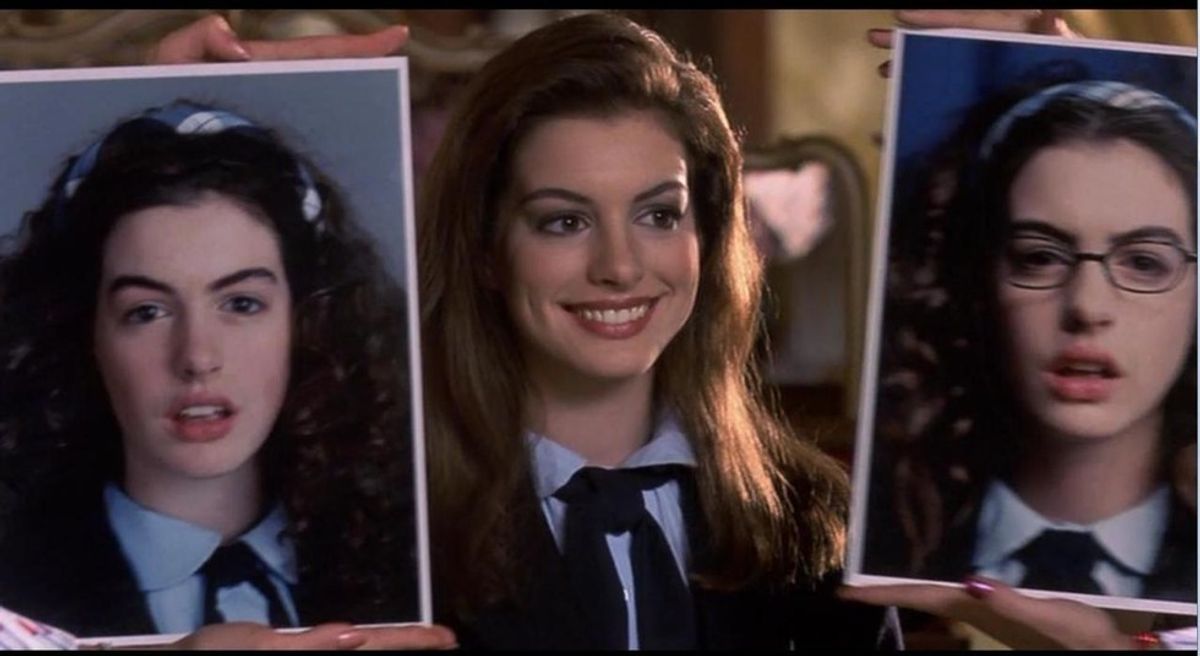 Movies have been a staple in our culture for almost a full century now. They are not only influenced by generational changes, but they often serve as the catalysts for such change. Watch a movie from any decade and you’ll probably see a lot of common mentalities from that era. Some change by the year, yet some don’t.

One particular trope I’ve given a lot of thought to in the past few years is the well known “makeover” trope. This is where a guy or girl, usually considered conventionally unattractive, is taken under the wing of a friend or even a more popular “mentor” of sorts in order to be beautified. Usually a perky, cheerful pop song will play while showing snippets of eyebrows being trimmed, messy hair being brushed, and so on. Finally, the character will be revealed, and ta-da, they have become attractive!

It’s supposed to be a positive message, usually presented as someone who was previously not confident or secure in themselves to suddenly blossom into someone who is well liked both by others and themselves. The intentions are good. But really, what kind of a message is this sending out? That all you have to do to change your life is become beautiful? People will only like and pay attention to you if they consider you attractive? And beauty can only be narrowly attained by getting clear skin, sleek hair, and copious amounts of makeup? It’s a horrible message to send out to children.

I’m not saying that all movies featuring a makeover scene are harmful, and it may not bother everyone. But I do know that as a child, movies like "Princess Diaries" and "Miss Congeniality" caused me a lot of inner confusion. It felt like in every movie I saw, I looked more like the “before” picture of every makeover.

My hair has always been thick and curly, oftentimes bordering on frizzy. It takes at least an hour to straighten it. In a world where it feels like thin straight hair is a synonym for beautiful, I struggled a lot with self esteem issues growing up. Even now, it’s frustrating to see every other girl blessed with hair much easier to manage and much more conventionally beautiful than mine.

When I started having a hard time seeing in middle school, I began to panic and refused to get glasses because I was afraid of looking uglier than I already felt. I, like most middle school girls, had low self esteem that could not afford to sink any lower. Honestly, I blame TV and movies for that. Really, who wants to look like the media’s idea of ugly?

Sure, makeover scenes can be fun and empowering, but what about the girls who don’t look like the end result? What are we telling children about what we expect of them?

Movies are full of beautiful people, which I think we’re so used to until they remind us of how far from normal people they actually are. We take their beauty- which probably took hours to create- for granted. And then we think we’re abnormal when movies or shows present an “ugly” person as someone who in real life would look pretty normal!

I spent most of my life worrying way too much about external beauty and feeling inadequate until just a few years ago. I was actually watching a Youtube video by the Youtube personality known as Sprinkle of Glitter. She said something that changed the way I viewed beauty. Basically the idea was this:

Even if the social constructs of beauty are awful, and I still kind of hate that, there’s really nothing I can do. But I can change the way I view the importance of physical beauty.

For the most part, I’ve stopped worrying so much about my appearance. I still enjoy trying to make an effort in looking pretty for special occasions, but I don’t panic as much as I used to if I don’t meet society’s expectations. There are so many things which are way more important than beauty! In the iconic words of Harris from "Freaks and Geeks" (my favorite show),

Anyway, I hope if anyone reading this is having a poor self-image day, this can help you remember that even if social standards of beauty really suck, it’s not the most important thing in the world. So be a good person, look how you want…have a good life.