America Was Built On Oppression 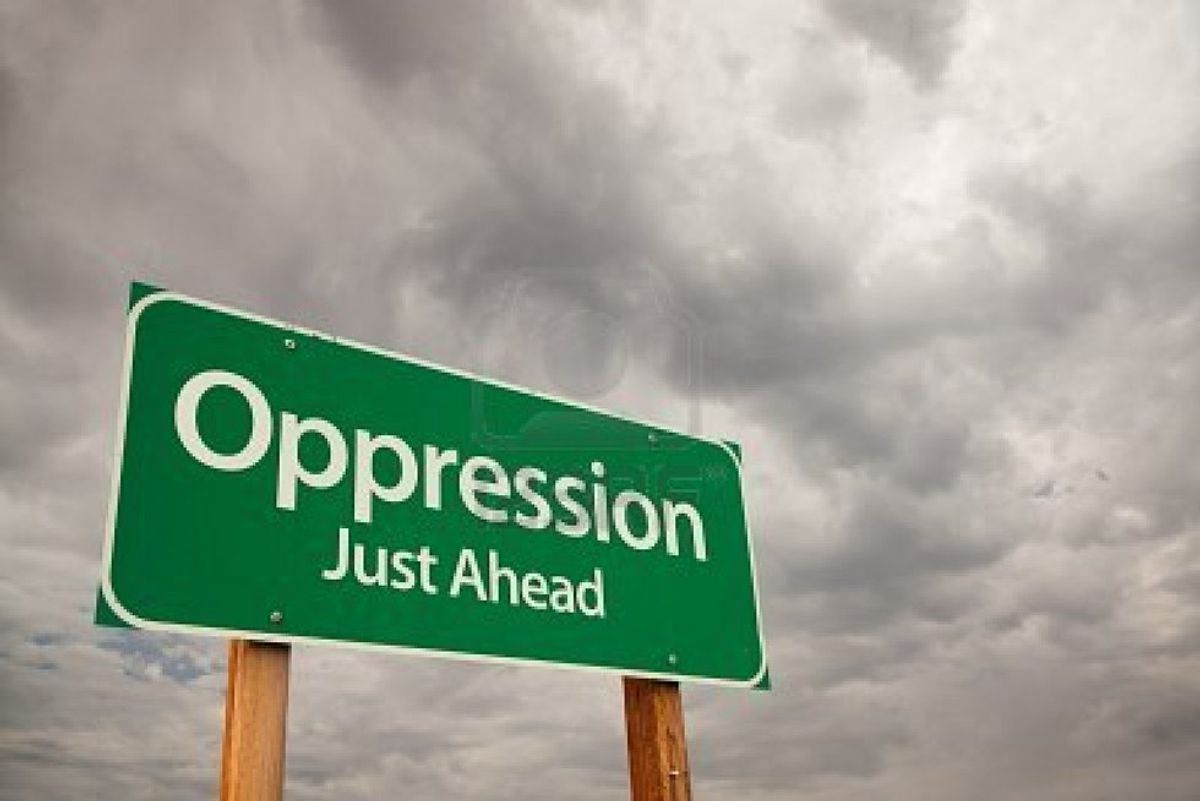 The Donald Trump campaign gave birth to the slogan "Make America Great Again." But if you're like me, you've asked yourself, several times, what do the words great again even mean, and who will benefit from this so-called greatness?

It just so happens that the question was answered by a Trump supporter last week. During a roundtable discussion, where several individuals fielded a series of questions regarding the 2016 election, the commentator asked a female Trump fan what "Make America Great Again" meant to her. The Trump fanatic gave Americans a simple response; she wants our country to go back to the morality and values that she believes represent the American way of life. And in case you were wondering when we lost those values and the morality she referenced; well, in her delusional world, she pointed out that homosexuals have stripped America of morality and values.

If you've been paying attention to the 2016 presidential election, you should know by now that the Trump campaign thrives on a high level of hate for certain sexual and racial groups in America. The entire Trump circle, supporters and campaign members, want some groups escorted off this land—after they build his wall—while banning others from touching a toe on American soil. So you can go ahead and just add the anti-homosexual statement to a long list of hateful, degrading, and troubling statements that have come from anyone on team Trump. With all this talk of forgotten and lost greatness, it made me take a look back at the values and morals that helped shaped the United States of America.

Let’s start at the Mystic Massacre of 1637, where up to 700 Native Americans, from the Pequot Indian tribe, were killed during an invasion from English settlers. They shot and beat the Indian men to death and set fire to the women and children. This incident is just one example of the hate and violence that fell upon Indian tribes in America. Visiting settlers have killed an estimated 100 million Native Americans. Simply put, America was invaded, stolen and turned into a breeding ground for slavery. Whether the slaves were Native Americans, African Americans, or another racial ethnicity, the immoral act of slavery helped shape and build this country. So, could murder and slavery be the morals and values that Trump supporters are hoping to bring back to America?

Could the Trump camp be searching for the values and morals that the Founding Fathers created while writing the laws that we hold so dearly? If so, it seems as though our nation prefers to forget that so many of the founding men that built America, did so while supporting slavery. America's birth is the exact definition of hypocrisy. Men such as George Washington, Benjamin Franklin, Thomas Jefferson, and James Madison participated in the act of buying and owning slaves. In fact, many of the Founding Fathers wrote the United States Declaration of Independence with the idea of freedom and liberty, yet so many of the men that drafted and signed the document were slave owners. Think about it, the Declaration of Independence has a paragraph stating all men are equal, but our Founding Fathers didn't even live by the words they wrote. Many of the signers held a pen in their right hand while holding a slave whip in their left hand. Did someone hide their values and morals that morning?

According to record books, the discovery of America happened in 1492, yet the idea to end slavery wasn't brought to light until the Emancipation Proclamation was issued in September of 1862 and executed in January of 1863. Add in the fact that Henry Ford—an American icon—spent years spreading his anti-Semitic publications to Americans during our first World War, while women weren't allowed to vote until 1920, and LBJ signed the Civil Rights in 1964. These are just a few pieces of historical evidence that provide insight into the values and morals that gave birth to our nation.

I know exactly what Trump supporters mean by the words great again and it has nothing to do with values and morals. We live in a country where citizens pride themselves on the fact that we have so much freedom and allow everyone so many rights; yet, so many Americans love to judge and belittle others due to their differences. We should be trying to move forward as a nation, learning and growing from our mistakes, not voting for Trump and going back to a time when oppression ruled the land.