On Lyft, Refugees, And My Timely Visit To The Holocaust Museum

On Lyft, Refugees, And My Timely Visit To The Holocaust Museum

The knowledge that our ancestors suffered should compel us to fight for those who are suffering now. 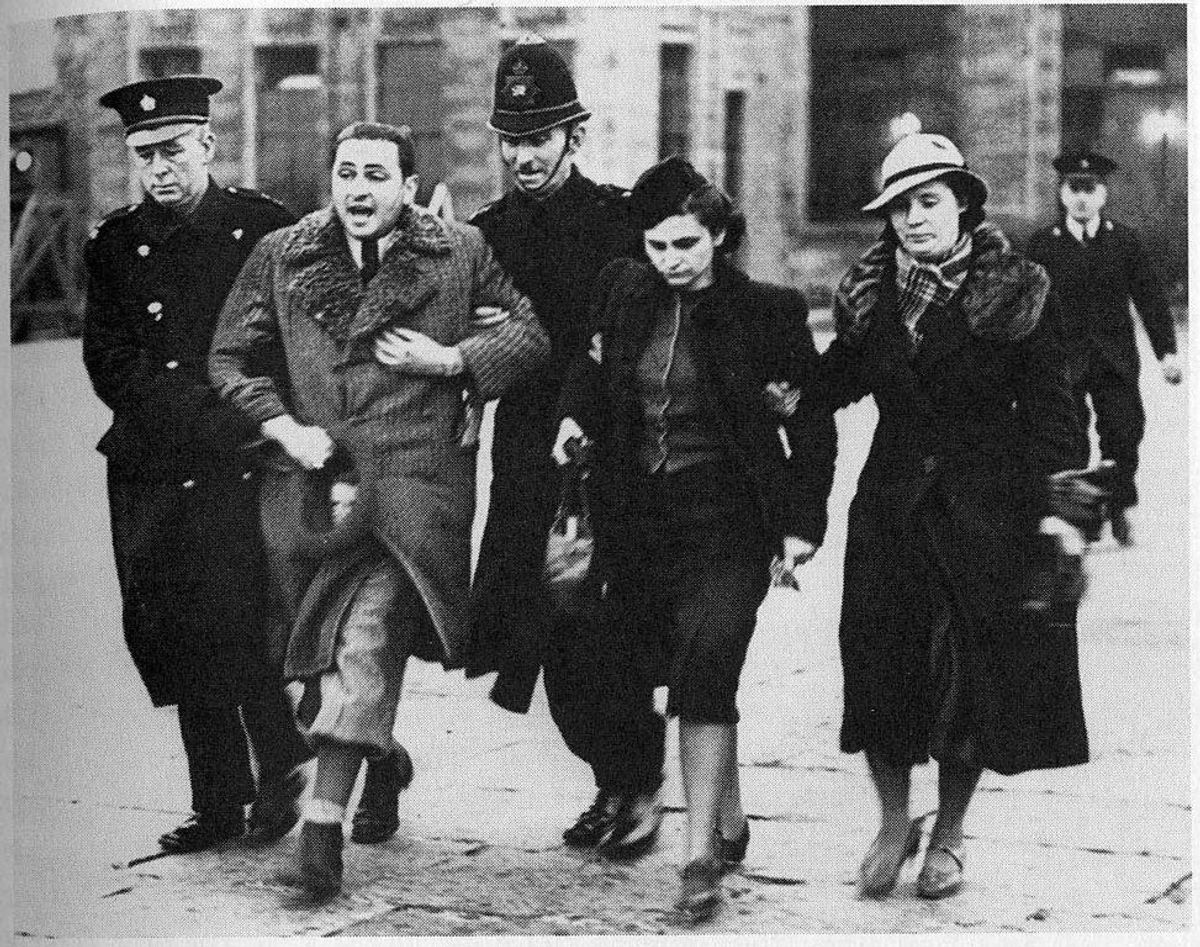 I'd like to speak for a moment about refugees, Lyft, Judaism, and my timely visit to the Holocaust Museum.

About a year ago I was having a lot of trouble identifying as Jewish. My whole family is ethnically/culturally Jewish but not very religious. I made the decision to be bat mitzvahed and went to six years of Hebrew school because it was important to me to connect with my ancestry. But instead of feeling more Jewish, I became disgusted with what I felt was a culture of martyrdom and entitlement—white, upper middle class Jews holding onto past injustices in a game of "who has suffered the most?" I think this is largely because I personally have not been ostracized or marginalized because of my Judaism/ancestry, other than a few elementary school peers' confused reactions to the fact that I didn't have a Christmas tree. It's also because I don't religiously identify as a Jew. Though I think it's very interesting to study the Torah and discuss its 21st century applications, I am very firmly an atheist.

So for a while, I was shy about calling myself Jewish. I didn't want to lay claim to a suffering that wasn't mine, or that I hadn't personally experienced. I felt that Jews had overused the "moral capital" they earned in the Holocaust and shut out the suffering of groups that are currently disadvantaged.

Speaking of currently disadvantaged, President Trump just issued an executive order barring refugees from certain countries from entering the United States. Already, thousands are being detained at airports. I've been deeply saddened by this news since I heard. This is one area where I do feel connected to being Jewish—I'm literally descended from refugees who immigrated to America to escape religious persecution. The vast majority of people I know are, in fact, descended from immigrants. Actually, with the exception of Native Americans, literally all of us have ancestors that came to America at some point. We should keep that in mind.

On Saturday I got into a political discussion with my Lyft driver (shoutout to Lyft for not having a Trump supporter as its CEO!), who had moved to the US from one of the countries from which Trump has frozen immigration. He said he had been a US citizen for 18 years. We talked about the protests at JFK. Also, he mentioned that he used to work for Uber—before the CEO came out in support of Trump—and he liked Lyft much better. He mentioned that many Uber and Lyft drivers are also immigrants, and Lyft takes better care of its drivers in general. Also, they just donated a million dollars to the ACLU. #TEAMLYFT!

Anyway, that Lyft picked me up at the Holocaust Museum.

Though I've always been deeply saddened by the Holocaust, I never felt personally connected. After all, my ancestors left the old country in the early 1900s; they were escaping pogroms, not concentration camps. But something about the news of Trump's refugee ban combined with the stories I saw in the museum shifted my outlook.

The Holocaust museum actually has a whole exhibit dedicated to the tragedies in Syria and Cambodia, as it should. According to the exhibit, the crisis in Syria has all the makings of a genocide. I've previously dismissed concerns that history is repeating itself and scoffed at Hitler/Trump parallels, but at the museum I was reminded that the United States denied immigrants before WWII (the most famous example being the S.S. St. Louis). After seeing pictures videos of Jews and other marginalized groups who had been unable to escape the horrors of their home country the day after Trump's refugee ban, I was forced to reconsider.

Suddenly, I feel very connected to the idea that I represent and belong to a (formerly) marginalized group. I might not believe in God, but I strongly identify as culturally and ethnically Jewish. And truthfully, Nazis weren't going around asking Jews about their personal spiritual beliefs. They were performing textbook ethnic cleansing. And it was people like me who were ethnically cleansed. Instead of feeling the chip on my shoulder I feared would grow from that connection, I felt called to action. THIS is the time to speak out. This is the time to support other ethnic and religious groups currently under attack abroad. Jews might not suffer so acutely anymore, but the knowledge that we once did should propel us into action on behalf of those who are suffering now.

In other words, it's time for some tzedakah!