A Nice Cup of MOCA
Odyssey

A Nice Cup of MOCA 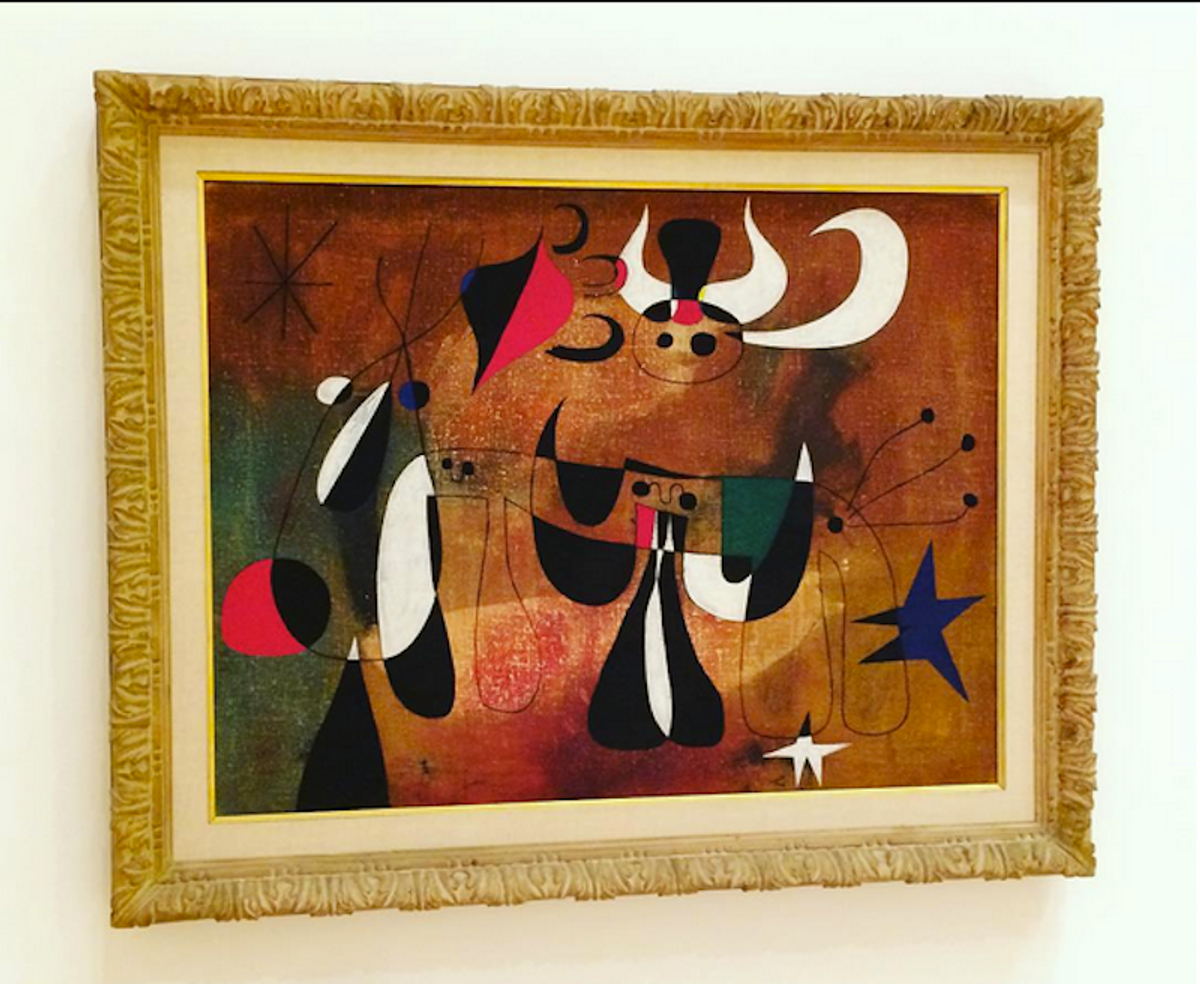 Across the street from the architecturally ornate Walt Disney Concert Hall and Broad Museum is an unassuming red brick building that doesn't get as much attention as its neighbors. This is the Museum of Contemporary Art, or MOCA, and it's an older, quaint counterpart to the younger, flashier buildings next door. After my birthday, one of my friends wanted to take me here for a one-on-one experience in contrast with the family get-together at the Griffith Observatory. It was a relatively quick visit since the museum is very small, but the collection was still really cool and I wanted to share some of the highlights.

This is one of the newer pieces at the museum, I believe it's only about
a year old, and it paints a beautiful and pretty accurate view of the
world we live in today. It looks like it takes place at a frat party of
some kind; there's a record player on the table and vinyl cases on the
ground, showing off the LP revival we've been experiencing recently, a
guy on the lower right staring down at his smartphone, and even a
same-sex couple in the middle holding hands, at the same time that same
sex marriage became legal nationwide. Very nice!

This piece is an icon right here. It was designed by Andy Warhol for George McGovern's 1972 campaign and is basically the antithesis to Obama's "Hope" poster, which might play a smart part as to why Nixon won the election that year and not McGovern. I love the ugly color scheme with the yellow teeth, blue skin and red suit, it all contrasts with one another in a way that makes Nixon look like this evil monster, classic politics really.

This is one of the strangest (in a good way) art pieces I've ever seen. It's basically a mess of figurines pierced with needles, posters, TV sets, and new headlines all cluttered together. It was made back in 2005, which was during the Iraq War, and I believe it's a critique of how desensitized the public has become to the dark side of humanity because of its over-exposure on mass media. Very bizarre but somehow poignant piece that reflects this cynical time in history.

Finally we get to what is probably the most famous work of art in the museum, Jackson Pollock's No. 1, 1949. This painting was made just after World War II, as the art world was experimenting with more abstract and avant-garde designs at the time. I like how there seems to be a certain level of order to the prevailing chaos of drip marks everywhere. It has a kind of hypnotizing quality to it that makes it easy to get sucked into.

These were just a few examples so the list isn't extensive or anything, but just a taste or what I saw. I will say that while I recommend visiting larger museums in the city like the Getty, LACMA, and the Broad (another contemporary art museum) over MOCA, this is still a worthy place to check out if you have the time and want to mark another place off your list of things to do.