Here's Why You, Yes You, Need To Go See Love, Simon
Odyssey
CurrentlySwoonLifestyleHealth & WellnessStudent LifeContent InspirationEntertainmentPolitics and ActivismSportsAdulting
About usAdvertiseTermsPrivacyDMCAContact us
® 2023 ODYSSEY
Welcome back
Sign in to comment to your favorite stories, participate in your community and interact with your friends
or
LOG IN WITH FACEBOOK
No account? Create one
Start writing a post
Entertainment

Here's Why You, Yes You, Need To Go See Love, Simon

It's a fantastic movie for everyone. 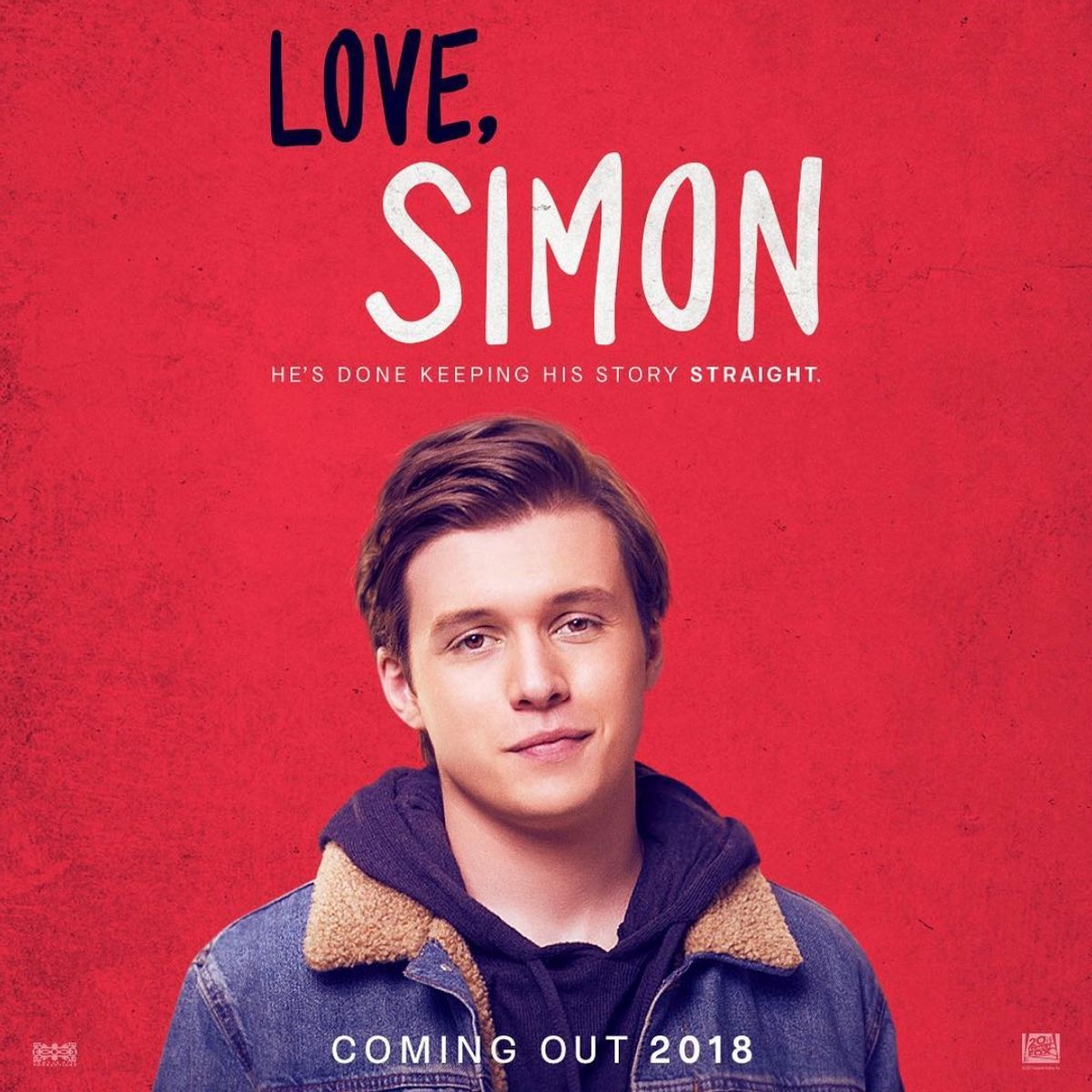 "Love, Simon" is a teenage rom-com that came out this Friday. It's a film produced in part by 20th Century Fox and based the book "Simon vs. the Homo Sapiens Agenda" written by Becky Albertalli. Go see it.

No, like seriously. Read this article, and then use this website to purchase tickets at your local movie theater. And then tell all your friends to go see it.

As of writing this, I have not yet seen the film, but I already have a list of reasons why you, yes you, no matter who you are, should see this film. Let's begin.

This film has an 88 percent on Rotten Tomatoes so far, with really positive reviews from top critics. If you live by the words of film critics, this one seems to be worth your time.

2. It has a killer soundtrack.

Seriously, this is a great soundtrack that has a mix of new, feel-good popular music and some classic oldies thrown in.

3. Jennifer Garner is in it.

And she's a gosh-darn gem.

4. It's a coming of age movie set in the modern world.

It's the perfect high school movies for today's kids, with FaceTime, Gmail, and way too much iced coffee. We're in need of a teenage rom-com that speaks to the people of 2018 – and here it is.

There are more reasons of course: it looks quite funny, the actors all seem great, and the love story looks adorable.

And, a lot of people are going to see this film because they are a part of the LGBTQ+ community and they want to support films that represent that community. That's amazing. Representation is so important, and it's pathetic that this is one of the first LGBTQ+ on-screen romances with a happy ending.

However, don't cross this movie off your list because you're straight. (Maybe like, move to the back of the line so the people who have been waiting their entire lives to see a positive representation of love between characters that share their sexual orientation can experience this moment, but still go see it.)

You wouldn't choose to not see a film because the main characters are from a different country than you, have a different hair color than you, or have different interests from you. Movies can catch our interest, pull at our heartstrings, teach us empathy, invite us into new worlds and expose us to important messages regardless of if we have an obvious connection to the main character. I highly doubt anyone will watch this movie and not relate to a single part of it.

Yes, the LGBTQ+ community needs this movie and others like it. No, it is not a movie for "gay teens." It's a movie for us all.

If you want to see an adorable rom-com set in the modern world with great actors and an awesome soundtrack, this is for you. Plain and simple. (Go see it.)