Our Love For Horror Films

There's a psychology behind it. 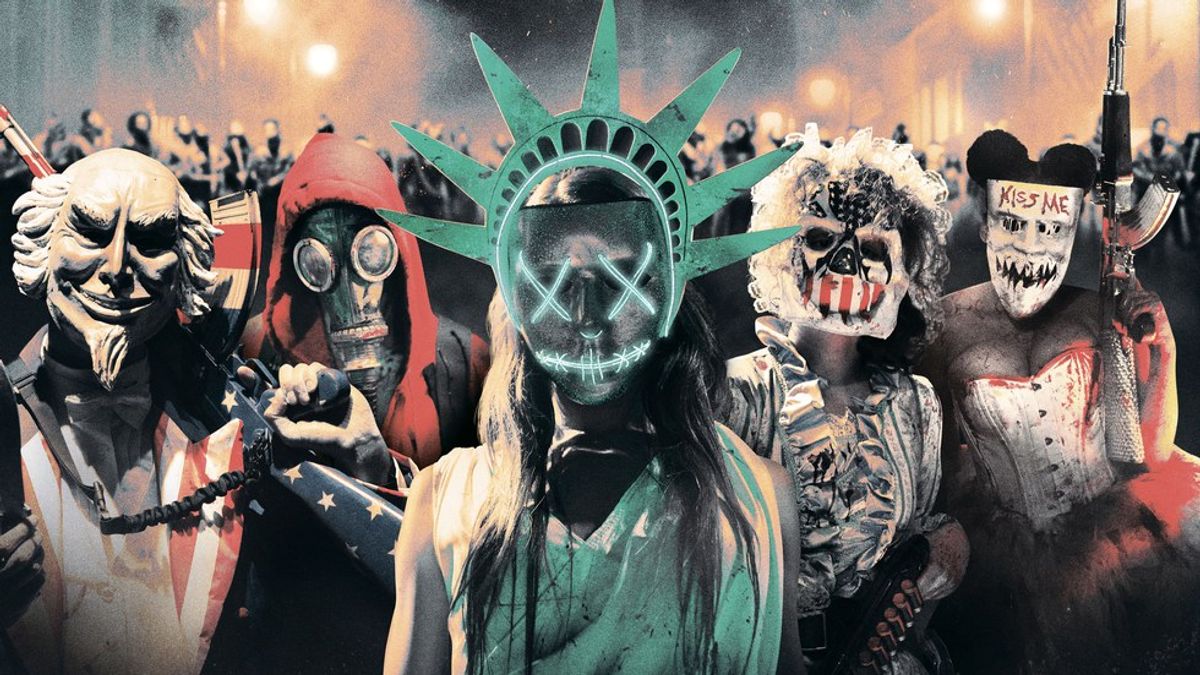 This past weekend I went to watch “The Purge: Election Year” with my sisters. I love horror movies, and although I can usually predict the ending I still enjoy getting scared. I laugh at myself afterwards when I’ve jumped in my seat and my heart is racing. That’s the only real reason I enjoy watching horror movies and of course, I always root for the victim(s) to triumph at the end.

I discovered my love for horror movies years ago in high school when I spent a summer watching them daily. That love hasn’t died but as I watched the movie I couldn’t help but wonder why so many people are attracted to this genre of movies or like to witness terrible things in general.

“The Purge” film series has done well since its first movie premiered in 2013. The budget for the first movie was $3 million and it earned $89.3 million at the box office. Similarly, “The Purge Anarchy” had a $9 million budget and it did great at the box office earning $110.6 million. “The Purge: Election Year” didn’t do as well, with a budget of $10 million it only grossed $89.4 million. Overall, “The Purge” films have been well received by the public and there are reasons behind this.

According to Dr. Glenn Walter’s 2004 paper in the “Journal of Media Psychology,” there are three factors that attract people to horror movies: the tension (created by suspense, shock, mystery, terror and gore), relevance (on a personal level, the fear of death, cultural meaning, etc.) and unrealism (knowing that the events don’t happen in reality). These three factors were evident while watching “The Purge: The Election.”

As stated before, I enjoy horror films because I like getting scared. This, of course, happens through suspense, shock, mystery and terror. I’m not a fan of gory scenes. Secondly, this movie has relevance for everyone because we’re in the midst of a terrifying election right now. The two main characters seemed inspired by our two presidential candidates: the male candidate with his lunatic ideas and the blonde with a target on her back.

Lastly, as much as many of us sometimes wish killing was legal, we know having an actual purge is far-fetched. It’s an event that not many thought was possible until this movie series came out and although we may enjoy watching it on screen, we know it doesn’t happen in real life. We can distance ourselves enough to enjoy watching people hunt and kill each other once a year.

There are entire studies dedicated to understanding people’s love for horror movies and terrible events in general. Psychology Today's article goes into depth about studies and theories that go back to Aristotle. Personally, I believe it’s a distraction from our everyday lives. It’s also a way to get our adrenaline pumping without putting ourselves in danger or exercising.

It seems “The Purge: Election Year” is the end of the famous movie series because of the plot and the box office numbers. I will definitely continue watching horror movies for the thrill and understanding the psychology behind watching them has given me new insight.