should I start wearing makeup
Odyssey

I Have A Love-Hate Relationship With Makeup

Makeup is a luxury that I didn't allow myself for a long time, and I think that makes it kind of overwhelming now. 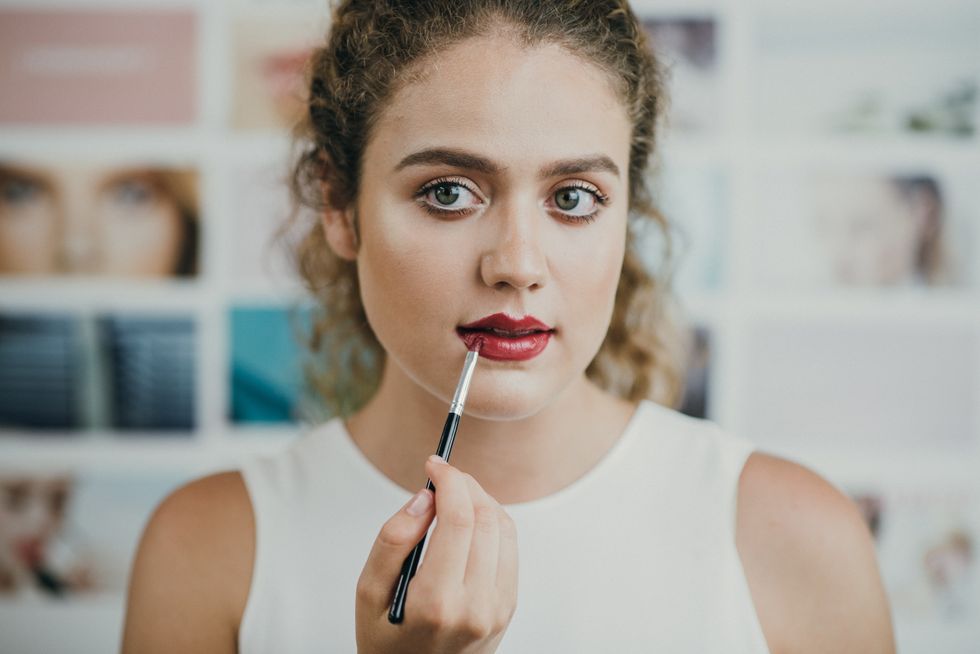 As with many aspects of our lives, we tend to have wavering and drastic shifts in our relationships with self-image. And as a woman in this crazy vain society, I'm definitely not immune. I have my own issues about body-image and positivity, but with makeup, I usually feel at a total loss.

Of course, makeup is not solely a woman's or female's product nowadays, but all my life, I've been bombarded with advertisements, stereotypes, and media for makeup and beauty that saw me as a target audience. But, even with all those outlets, it took me a while to understand what wearing makeup meant, and I'm still struggling with how to use it.

As much as I appreciate the artistry that comes with a full face of makeup, whether it be a softer full face or an adventurous look, I don't see myself being able to really do that. At times, I believe I can learn and get better with practice, but I'm in quite a new territory.

I flip-flop from wanting to try out and consistently wear every kind of makeup I have, to wearing none at all. And, I'm still on the fence about what that means for me.

What I do know is that make-up or any part of my appearance, doesn't define me as a person. And I think that helps with this weird relationship I have with it.

Makeup is a luxury that I didn't allow myself for a long time, and I think that makes it kind of overwhelming now. This can be true for any new thing you bring into your life.

Makeup is a great outlet for art, which makes it that much more daunting for those of us who struggle to draw a stick figure or even paint a simple picture. We're not all Bob Ross here. It's kind of infuriating to try something new, something so physically present, and struggle.

On one hand, it makes me want to try that much harder, to really understand how techniques work and how products build and blend together. It's an art and a science. But, on the other hand, I know that personally, I'm not comfortable wearing that much on my face, especially without being confident in the application.

This may seem kind of silly to some people, but makeup is an undeniable part of being a woman. Even if you decide not to wear it, you're surrounded by it and have probably gotten comments about it before.

I don't think of make-up as a must, but as a skill that I'm interested in learning about. It doesn't take away from my personality, nor does it necessarily add to it. Though, if I'm not careful about my perspective on it and how I approach it, makeup could have a negative impact.

It's these layers of ideas and fears that cause makeup to be, and mean, more than just some random products on your face or money spent. I think it can have a huge influence over self-esteem and confidence, which makes me wary, but which I also believe is important to point out.

Because, makeup or not, people are beautiful, and they deserve to feel that way too.

makeup
Report this Content
This article has not been reviewed by Odyssey HQ and solely reflects the ideas and opinions of the creator.