The Loneliness of a Tuba Player

The Loneliness of a Tuba Player

Insight on tubists in orchestras. 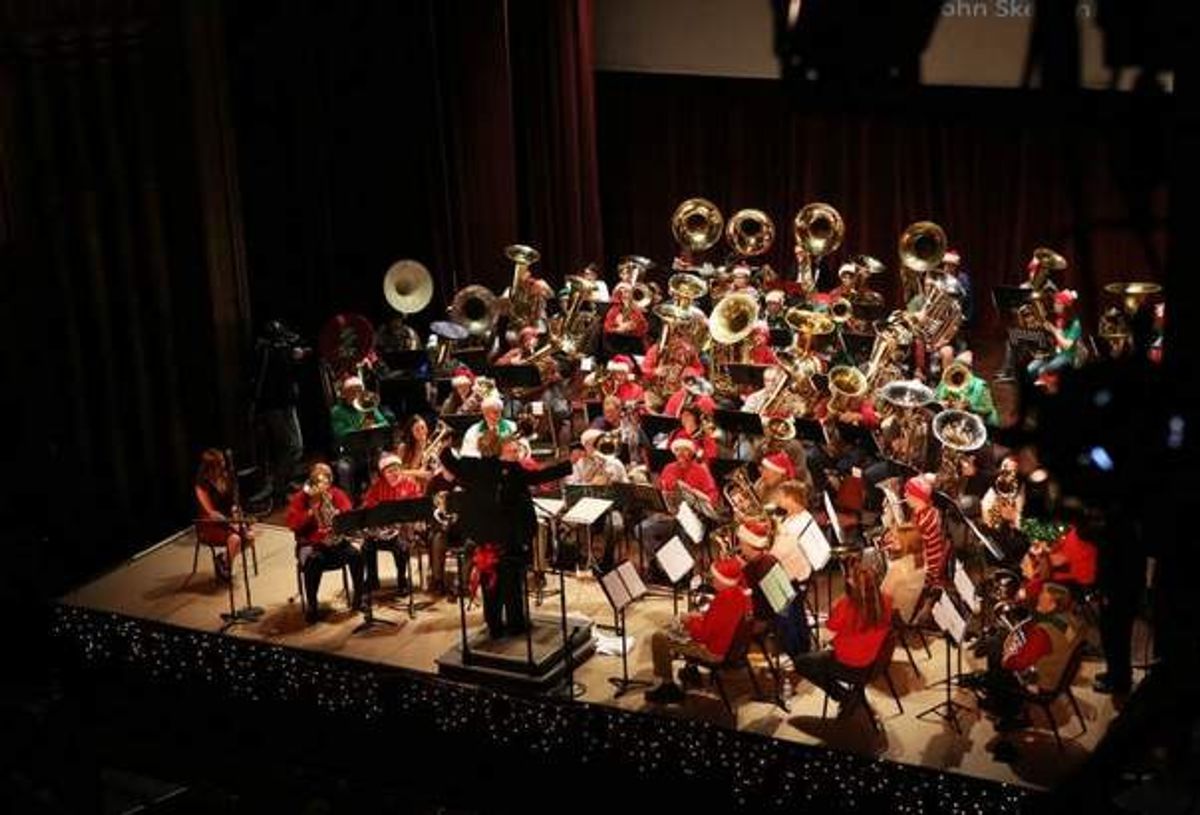 For six years now I have played tuba in various ensembles ranging from concert bands to pep-bands to brass quintets. Yet, I’ve never experienced a one-of-a-kind loneliness in such groups as I do while playing in an orchestra.

In past experiences, I have been seated centered in the back row. There, I could socialize easily with any section, and have a clear view of the director. It was a sense of being included and, overall, a sense of more control of the ensemble. The parts were also repetitive and fun, keeping my attention and making the music more joyous.

I remember the first day I joined my orchestral group: It was October 2014 and I had been accepted to the Salem Youth Symphony as the tubist. Eager to be part of something more challenging and bigger than the eighteen-member band of my high school, I smiled the whole drive there – yet it hadn’t a clue of what I was in for.

I walked into an auditorium of over 100 people, who didn’t care if they knew me or not. I looked for the seat with my name on it, where I would be performing all year – right on the far left end of the 5th row. There were no other tubists in my section, the trombones I was seated by stuck to themselves and the string players were people you wanted to stay away from. The wind section and string section were comparable to the Native Americans and English in song “Savages” from the Disney movie Pocahontas. So there I sat, warming up and alone in my little corner of the stage. After about fifteen minutes of such, the director came in and passed out our music. I was in a hopeful and positive mood until he stopped at my stand, put down three pieces of music and walked off. I looked grimly at what I would be playing. The first piece: forty measures of rests, one eighth note, 154 measures of rests, 10 measures of playing whole notes and more rests. Each piece was like that. I noticed that the program said we were doing five pieces, and questioned the director on why I hadn’t gotten the others, he then explained to me that there wasn’t even a tuba part for them and that I could just sit and wait for the orchestra to get through them.

So there I sat, disappointed and lone in my section, waiting for the grim small sections I would play. I got to observe students enjoying their music, laughing together and having a grand time while I sat in the corner, still counting rests and even sometimes missing my one note I’d play here and there, leaving me to count more and more – and let me tell you something, with ADHD it’s hard to count so many rests and stay focused.

Despite my grim experiences with the orchestra I participated in, there are a lot of benefits to playing tuba. The biggest benefit for me, personally, has been the scholarships and honors I’ve received through playing tuba, including the scholarship that is covering a good portion of my tuition. There are also numerous health benefits that come with being a tubist. It develops confidence in yourself. I mean, just holding an instrument that big can give a person confidence, but building the courage to start playing a new instrument does wonders in that area – especially when you pick an instrument that isn’t as popular. On top of that, you gain breath control and strengthened core muscles. Due to the diaphragm being just under your lungs, using your diaphragm requires constant use of your abdominal muscles, thus helping you control your breathing.

I have barely skimmed the surface on all the benefits of playing tuba. Beyond the physical benefits you gain from this marvelous brass monstrosity, there are also mental benefits to playing tuba. With learning something new, it often starts as fun but eventually you hit bumps in the road. You learn to overcome those problems and become a better musician overall. You develop emotionally through overcoming these struggles. When you exceed your goals, you have an amazing feeling of pride and accomplishment, bringing you overall to a better emotional state of happiness. One of the biggest benefits is that tuba playing relieves stress and greatly improves your social life. If you’re playing a brass instrument, you’re surrounded by people of the same, or similar, instruments. Being part of something bigger than yourself makes you feel more confident and more like you belong. You build relationships with your section and neighboring sections, and often find the closest friends of your life in a practice room or rehearsal. It’s not always as lonely as it was for me.

Tuba playing – and music in general – is an amazing outlet full of so many wonders and marvelous perks. And if there’s one thing that I want you to take away from reading this, it’s to just live life like you read music: A few measures ahead, but always focused on what you’re playing.