Living In A Sorority House

What living in a house with 40 other girls is really like. 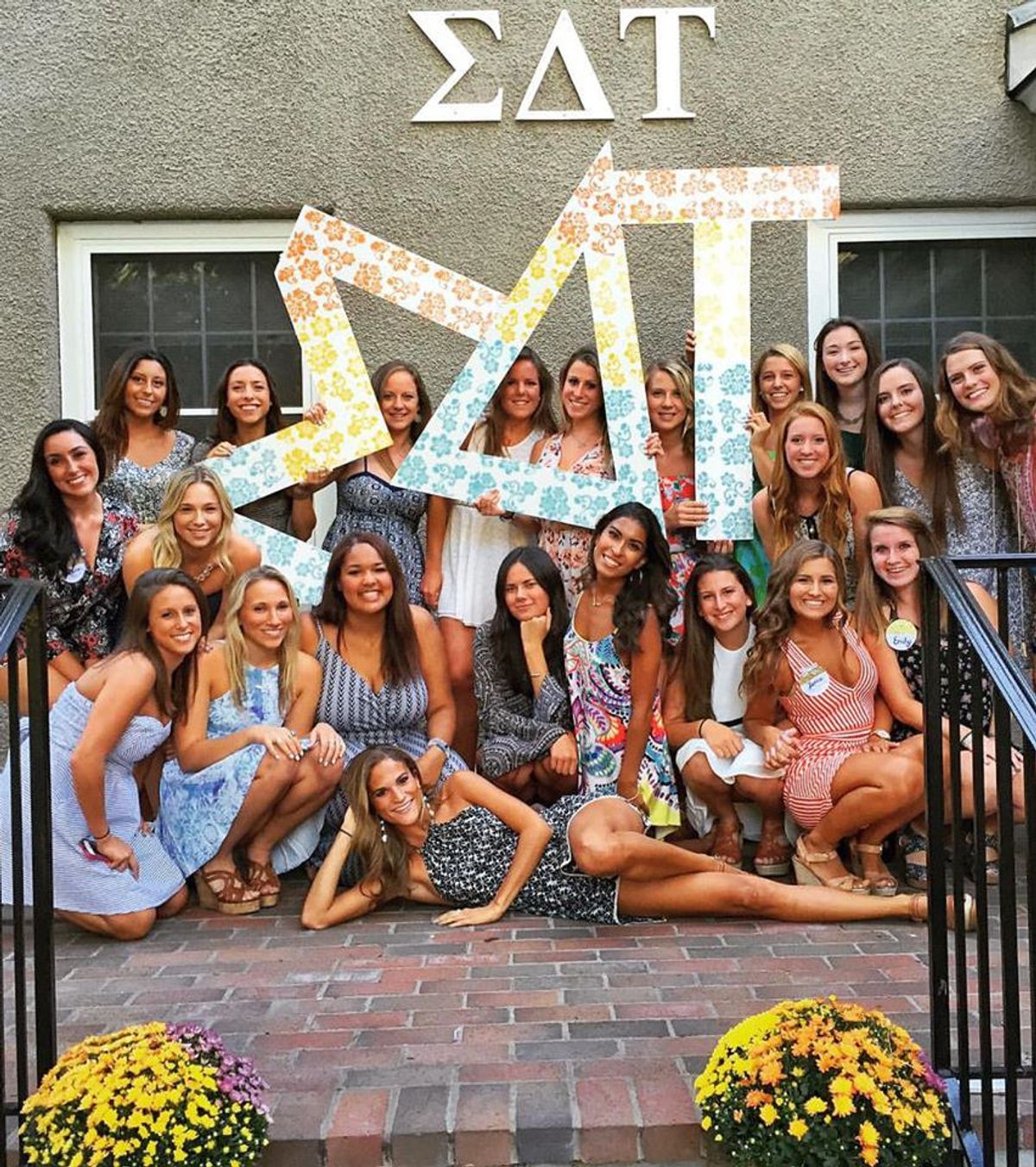 We've all seen the movies about what living in a sorority house is like: "House Bunny," "Sydney White," "Legally Blonde." It looks like a stereotypical girly-girl house, covered from top to bottom in glitter, feathers and every shade of pink. Well, I lived in my sorority's house this year and no movie prepared me for the year I was in for. Yes, I'll admit there's a pretty good amount of crying that happens inside the walls, but it's nothing in comparison to the amount of dancing, laughing and shower singing. I was crammed into a particularly small Greek house with 40 of my best friends on frat row, and here are just some of the things one experiences while living in a real sorority house.

Say "goodbye!" to your alone time

I remember feeling particularly alone after one hour of being in my room when no one came in to talk to me about whatever happened to them during the day or over the weekend. Between the 20 girls living on my floor alone, there's always someone looking to hang out. The idea of this sounded absolutely horrifying to me while I was preparing to move in, but by the end of the year, I became just like the rest — wandering down the hall, opening every door just to chat with whomever was around.

The game has changed for getting ready to go out. Not only do you have access to an unlimited amount of clothes, you can borrow makeup, shoes, accessories, toiletries... and the list goes on. You'll lose a lot of things throughout the year, but maybe you'll get a few random items in exchange. Getting ready for theme parties becomes a competition for the best costume, making every mixer infinitely more fun.

The pre-game is real

It's a competition of who can blast the speakers in their room louder until everyone on the floor is done getting ready for the night and piles into one room to let the real fun begin before hitting the frats.

Living on frat row will ruin you in the best way

If you're lucky enough (or unlucky, depending on how you see it) to have your house on some type of fraternity row, say goodbye to your GPA this year. Being just a short walk to the party makes it very easy to be convinced to go out on pretty much every Wednesday, Thursday and even Monday. The line, "I'll just go out for like an hour and then I'll walk back. It's so close to our house anyway" has been used far too much.

You can't shower if it's not a Shower Party

Showering without two other people and blasting music has completely lost its appeal to me. I need to be able to bump Justin Bieber's new album while shampooing. When I think about the fact that I'll never have a bathroom with three showers in it for my shower buddies, I shed a tear.

Watching your favorite shows with 15 other super-fans

There are plenty of days when the big TV is going to be occupied by a large group of girls. Monday is for "The Bachelor," Thursdays are for "Grey's Anatomy," "How to Get Away With Murder" and "Scandal." Whenever there's a political debate, just prepare yourself.

Every weekend night there are at least five girls rallying to order some Domino's to the house for some drunchies. I'd like to say that's the only time that there are girls scavenging for Domino's, but it's pretty much every night of the week as well. About 70 percent of the money I spend is definitely on off-campus food. There's just no fighting it.

Having the best year of college

There are enough arguments, messes, and tears to last you for the rest of your life. All that being said, living in a house with 40 girls will be the most fun you've ever had. All the excitement I felt about living on frat row was definitely met. Living with everyone is an amazing bonding experience for each pledge class; the good times and laughter never ended. I am going to miss this house and living with my sisters. Through the good and the bad, I will always call my sorority house a home.