A Letter To The Officer Who Told Me To Get My Story Straight
Odyssey
CurrentlySwoonLifestyleHealth & WellnessStudent LifeContent InspirationEntertainmentPolitics and ActivismSportsAdulting
About usAdvertiseTermsPrivacyDMCAContact us
® 2023 ODYSSEY
Welcome back
Sign in to comment to your favorite stories, participate in your community and interact with your friends
or
LOG IN WITH FACEBOOK
No account? Create one
Start writing a post
Health and Wellness

To the Officer Who Didn't Believe My Story 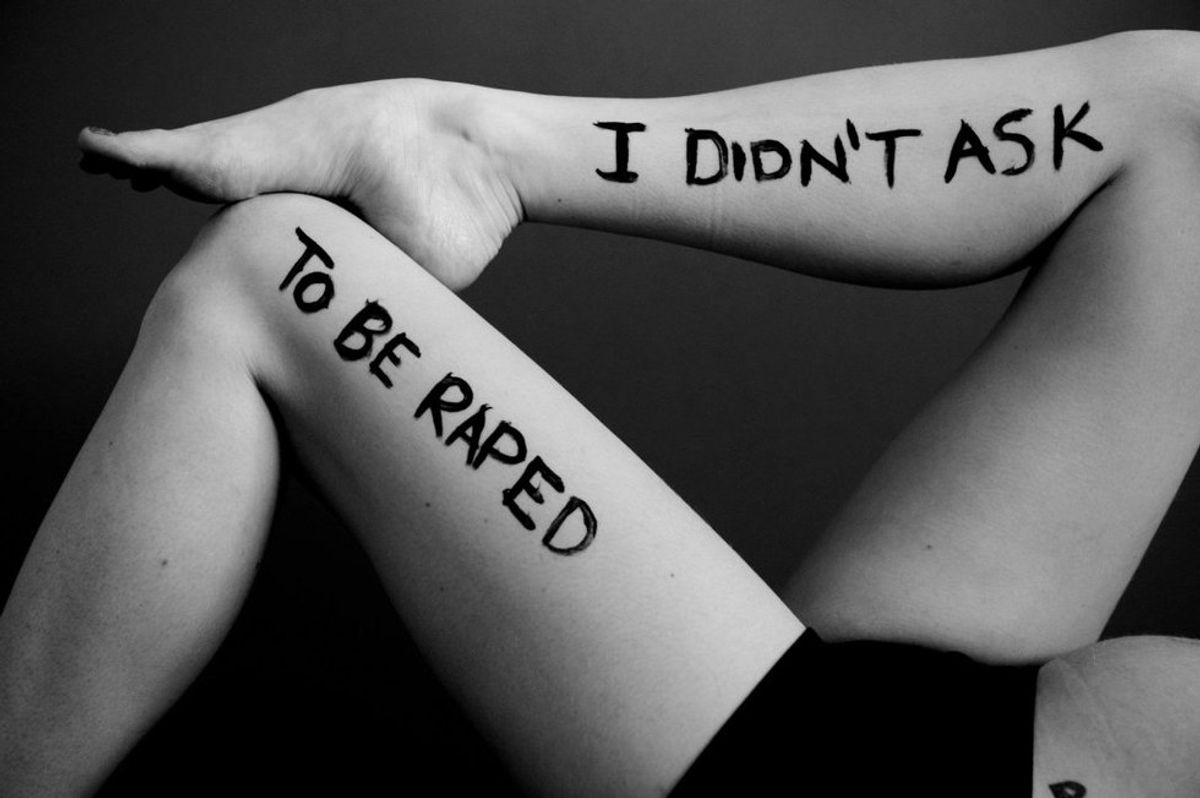 I know you may not remember me. I don’t blame you, I barely knew myself when I met you.

I had my body taken from me about 12 hours before sitting before you. I had just come from the hospital, where I was wrapped in white linen sheets, beaten and bruised. I had been swabbed with cotton balls in all the parts of me that I didn’t want anymore. The bruises on my wrists, neck and ankles still lingered. I had been photographed in private places to show the damage of what a monster of a man can do to a woman.

This was the third man to steal my body this year.

I left the hospital with my blood splattered clothes left behind, sealed in a plastic bag for evidence. I was dressed in an oversized sweatshirt and sweatpants and just wanted to shower.

The nurses who nurtured me encouraged me to come speak to you. I refused it the last two times I was raped, so I knew I needed to. Not knowing who you were, I believed you were my protection.

When I met you, I was still traumatized, terrified, and broken. Even though my body had been taken that night, what you did was worse. I was the victim, but you made me think I was the perpetrator.

You asked me to tell my story and I did. You interrupted “but that’s physically impossible for someone to hold your arms like that.” I looked down at the blue skin around my wrists and continued. You asked me if I actually said the word “no”. You asked me if I was on drugs, and what I was wearing.

You told me I needed to “get my story straight” when I was not even finished.

I started to beg you to listen to me. You took my phone from my bag and started to read through my messages. As I asked if I could please have my phone back, you turned the screen to me and held up a naked picture of myself that I sent to my boyfriend a week earlier. “Do you really think girls who get raped send pictures like this?”

I asked you again for my phone and you continued to look at my naked body in a message that was meant for my boyfriend only.

I started to cry as you told me my story just wasn’t adding up. This was followed by a lecture on girls who lie about rape and you suggested I could call you if I really wanted to make a statement.

I went home and showered the filth of another man off of me and put myself to bed and shook until my swollen eyes shut. I lived the next years as if this never happened.

I forgot about you for a long time. But it’s about damn time I’ve shared this story.

Nicole Marie Nigro
Individual Creator
2426
c1.staticflickr.com
Where to start...... Let me start with the cliche that life throws us curveballs and what we do with it is what counts.