The Legend Of Tarzan Continues
Odyssey

The Legend Of Tarzan Continues

A review of a must-see film. 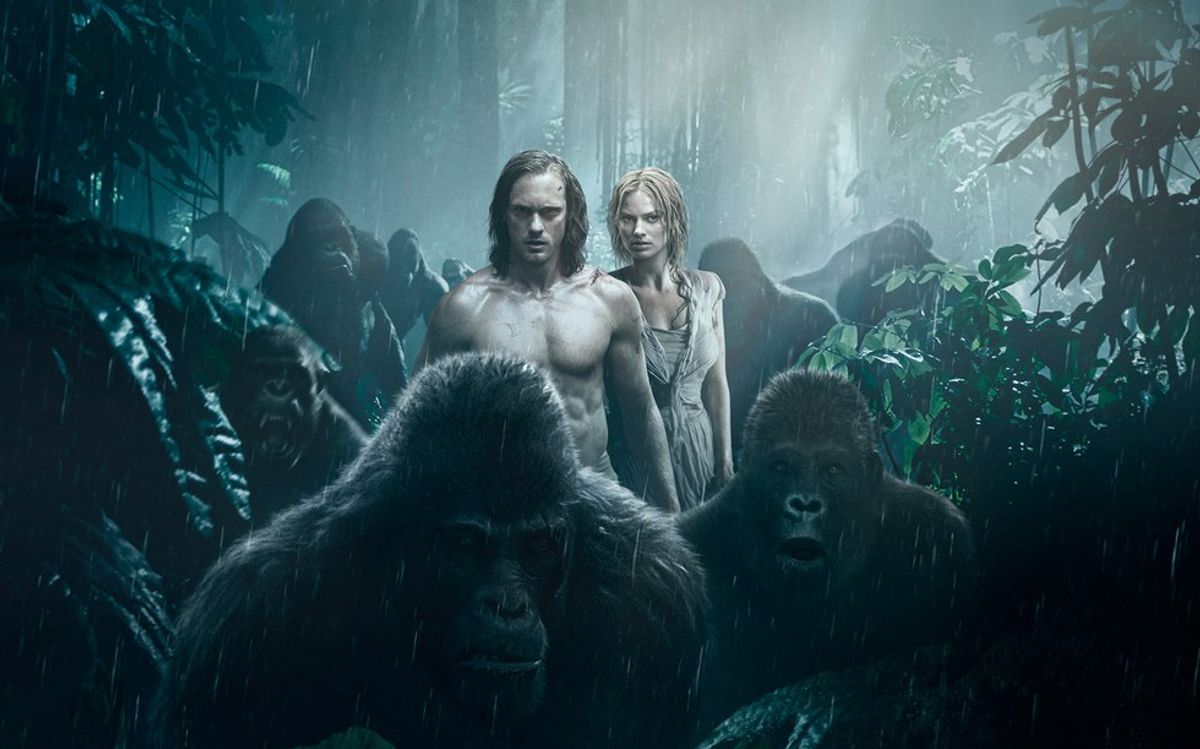 Summer is the perfect time to catch up on all of the intriguing movies you never had time to see during the school year. Whether you're sitting through an awful viewing of the latest film released, or you're hoping the end of the movie you're seeing never comes because it's just that good, movies are always a grand topic of conversation.

The latest movie on my radar, The Legend of Tarzan, deserves a "must-see" label. I know what you're thinking. The legend can only go so far, and the Disney movie is a good-enough version of the tale for me. But you'll realize you're wrong after seeing the latest movie.

I could say some about the appearance of Tarzan, I mean John Clayton III, about his swooning capabilities and that ever so dreamy look he perfects throughout the movie. Seeing John swing through the jungle and bond with all the animals will grab your heart in a quick second. If you're looking for a steamy romance or an adorable love story, this movie fits well. The passion and love shared between John and Jane is shown so well between the characters on screen, dialogue isn't even needed. A quote from one of the movie characters, Mr. Rom, sums up John and Jane's relationship well: "You're Jane and he's Tarzan. He'll come."

The Legend of Tarzan is the ideal movie choice for any person and/or group. Guys can accompany their girlfriends to this movie without claiming they're seeing a "chick-flick." Girls can accompany their boyfriends to this movie without becoming bored of the same fighting scenes within the first half-hour. This movie has a sentimental side as well as a thrilling action side: a great combination.

The critics would definitely disagree with this article. An unfortunate 34% on Rotten Tomatoes, I don't believe The Legend of Tarzan was given justice. The concept of Tarzan is a fantasy - in what real world would a man be able to grow up peacefully with apes and become just like them, for a better part of his life? Fantasies can only be portrayed so realistically. Perhaps unrealistic movies aren't for you, and if so, I would say view this movie with an open mind. Some of the concepts behind this movie jumped out as somewhat beautiful to me: the human-animal bonds, the scenery, the love between John and Jane, and most fascinating, the relationship between John, Jane, and members of an African tribe they know well. Moves are all about perspective, and it's up to the audience what they decide to take away from the screen.

Kassie Hsu
Baylor University
1319
Panda Whale
Here are 100 things I'd rather to than study. I know the semester just started, but
Featured