Why the Legal Drinking Age Should Be 18

Why the Legal Drinking Age Should Be 18

Twenty-one is too late. 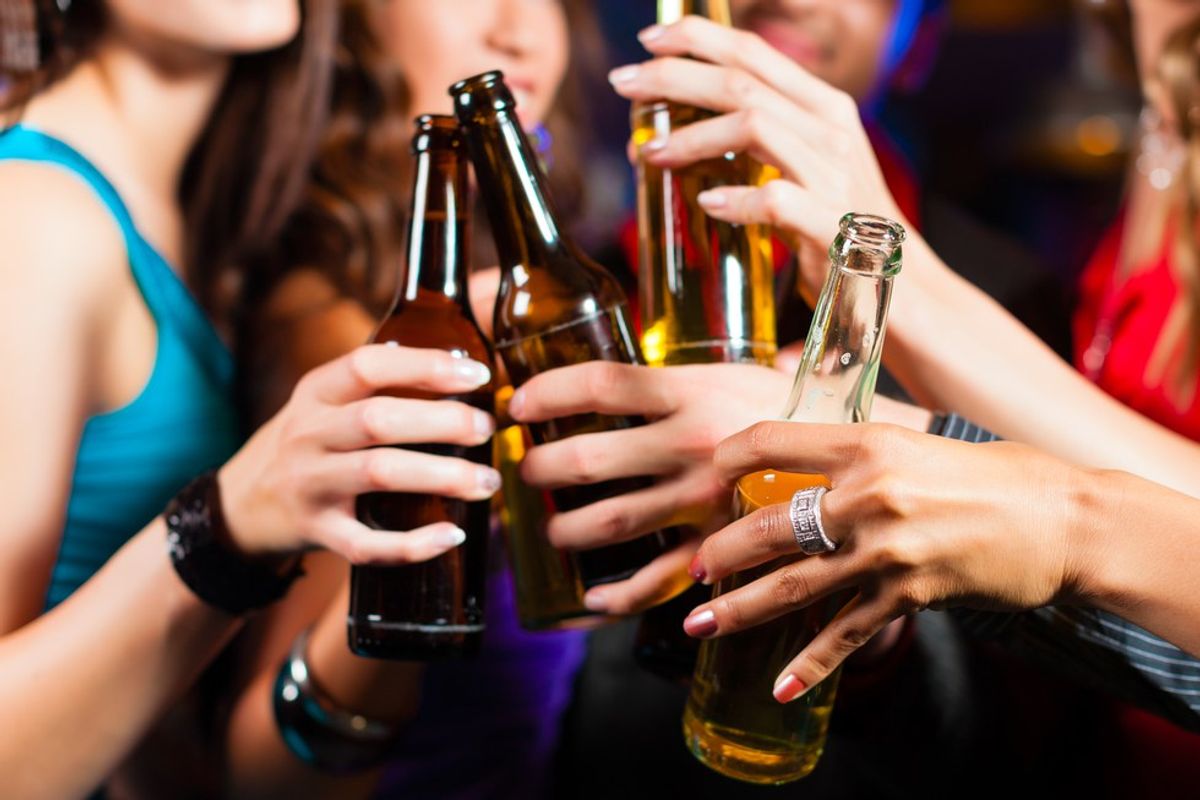 Once upon a time, the legal drinking age in the U.S. was 18 in some states, rather than 21. It was a magical time we've heard about from our parents' college stories, like fairytales. The drinking reality now for young people between 18 and 20 is very different.

An estimated 78 percent of teens in the U.S. have consumed alcohol. Let that sink in – about 8 in 10 young people between the ages of 13 and 20 have had alcohol, a substance usually illegal for this age group. This statistic should have you shocked, but if you have stepped foot in West Campus during the weekend, or any college for that matter, or even just talked to basically any college student about their experience with alcohol, you’re not surprised at all. Drinking is a known reality in college, just as it was 30 years ago when the legal drinking age was raised, only now it is a reality that feeds on fear of punishment.

Many adults point to underage drinking deaths and accidents as proof of our need to not drink before the age of 21. What they should actually see is evidence of poor education of minors in regard to alcohol, the serious risk of hiding underage alcohol consumption behind closed doors, and the binge drinking culture that emerges from the restriction of alcohol to 21 year olds. The threat of an MIP charge, which bears potential for a fine, community service, suspension of driver’s license and a criminal record, hangs over the heads of young adult drinkers, encouraging risk-taking and undermining of the law in order to obtain alcohol.

The Center for Disease Control and Prevention (CDC) estimates that 4,554 underage deaths occur each year due to excessive alcohol use. These are preventable deaths if teenagers feel empowered to seek help and are well educated on what to do in a situation of alcohol overdose, but the truth is that they are not. An intolerance towards alcohol in the political, criminal justice, and education systems leads to much minor misinformation and improper education. Fear of university repercussions and legal punishment keeps college and high school drinking underground and behind closed doors.

The minimum drinking age breeds illegal activity, ranging from simple alcohol consumption to an entire illegal market involving the creation and selling of fake ID’s. A study on the subject found that by sophomore year, about 32.2 percent of college students own a fake ID. On a campus like UT, that would mean about 2,300 students of each class of approximately 7,000 will own at least one fake ID by next semester. That is a lot of students considering the punishment for possessing a fake ID here in Texas can range from a $500 dollar fine to the possibility of a $2,000 fine and up to 180 days in jail.

Our country is only one of four developed nations in the world with a legal drinking age over 18, and of these it is the highest legal minimum drinking age in the developed world. The fear-driven alcoholic culture on college campuses in the U.S. leads to unregulated abuse of alcohol, evasion of police and reluctance to seek medical help, even when it is necessary.

We are 18. We are old enough to vote, to serve jury duty, to make a will, to get married, to buy cigarettes, to live on our own, to own property, to go to war and to have a job. We are endowed with all the rights and freedoms available to adults in this country except one – drinking alcohol. And this contradiction of adulthood and freedom with the inability to legally drink puts young adults at risk and needs to change.