Leela NYC Theatre puts up a festival on the Upper West Side at 6:30pm Sunday, September 25! 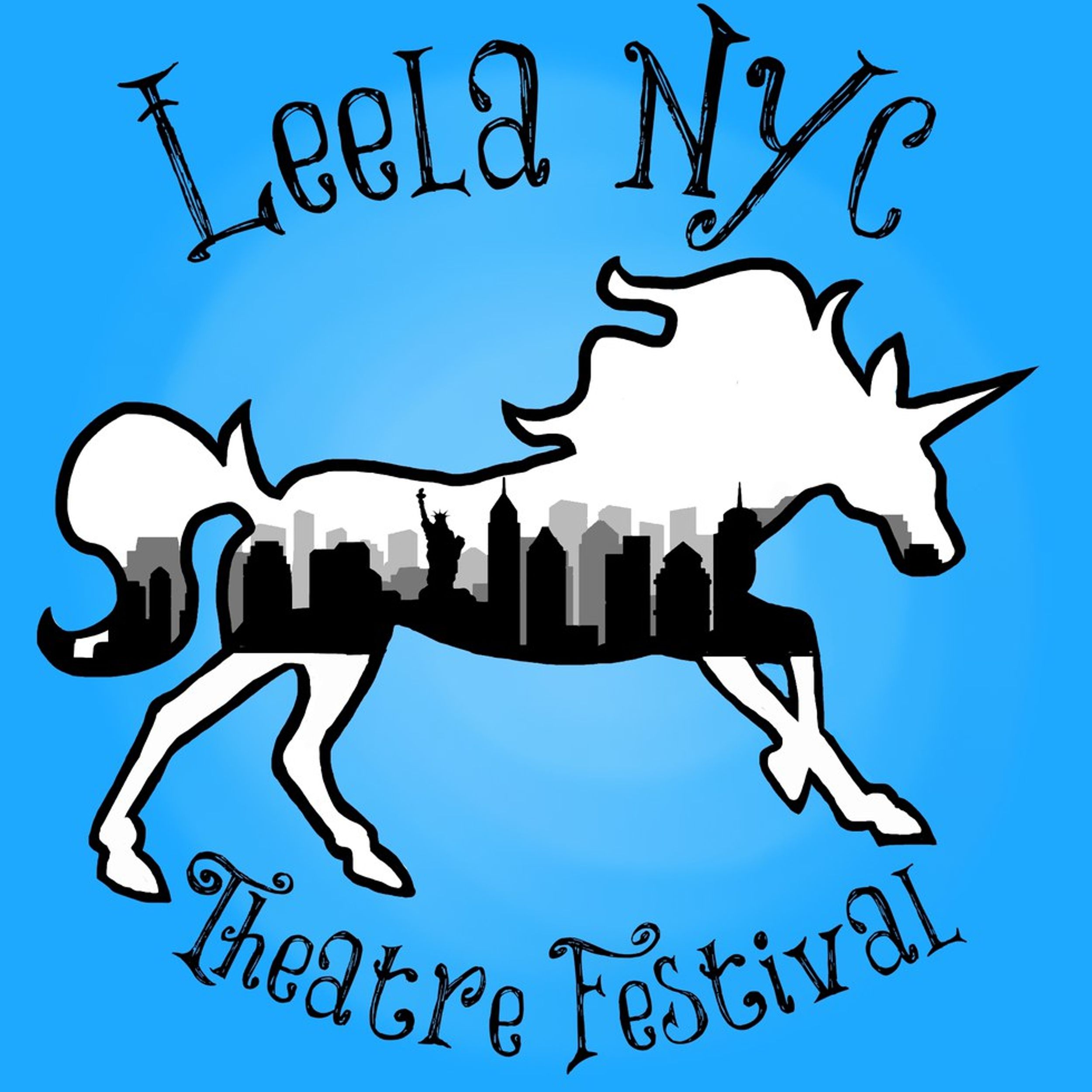 Last year Patricia Cardona Roca and I put up a theatre festival. We were just two kids who met in an acting studio and now we have become powerful business women! That theatre festival was called The Leela NYC Theatre Festival!

We turned our misfortunes into empowerments. There we were, pretty capable actors, not booking work. We decided that victimhood was boring and we turned our experiences and woes into triumph. She, in her prior life was a project manager. I, was a semi recent theatre grad who took part, behind the scenes in a few festivals. After seeing a reading I was involved in, 365 Women A Year-NYC 1, at The Sheen Center, Patricia was inspired by these plays about women in history she knew nothing about and wanted to do something with those plays. It morphed into Leela: a festival about normalizing diversity on stage. A festival about inclusivity. A festival where we play with plays!

We have decided to take things slow in 2016. We have so much to learn. So much more room to grow. We want to do another festival. We want longer plays. We want to run maybe for three weeks. For a month! But, in the meantime we want Leela to stay alive! So, we have decided to put up short plays. And we want to do them in different boroughs. That's where the tour aspect comes in. We put up a show in one day, and go to a new town.

I asked our directors and writers for Our September 26th event some questions and I wanted to share their lovely answers.

What two playwrights do you adore and why?

Karin Diann Williams: Maria Irene Fornes - her style ranges from realistic to absurd, but her characters are always passionate and compelling. She is not afraid to confront serious issues, but there is also a kind of cabaret-style lightness and impassivity to much of her work. It goes in all kinds of unexpected directions.

Alyn Ayckbourn - I love the way he experiments with form, taking traditional drawing-room comedy and re-arranging it in time or space. He uses elements of random chance and audience participation. He is also really funny.

Anna Grace Carter: I love Anne Washburn and her play, Mr Burns: A Post-Electric Play because it was set in a post-apocalyptic world with The Simpsons and it was really well done. I also love Shakespeare because duh.

Alison Lowenstein: I adore Wendy Wasserstein. Her comic plays are both art and social commentary. I also love Annie Baker’s plays which explore everyday human relationships and the bonds people have with each other. Another playwright I admire is Lilian Hellman, because her stories are timeless and her flawed characters offer insight into the past and the future of American culture. In fact, I realize all three playwrights have that in common. They are all women who depict American culture and how it relates to women and our society. Although Annie Baker is the one with the strongest male characters.

Erin Moughon: Shakespeare and Christopher Durang. Shakespeare was my first love (my great grandmother left me her complete works when she died.) Chris Durang is just weird and fun and funny.

Geanice Gee: Tyler Perry and Langston Hughes are two playwrights that I adore because neither of these men gave up in the face of adversity, and this is why they both are part of history. Hughes' works are classics while Perry as a writer is still evolving and has recently developed a new TV series on TLC, which most likely took him out of his comfort zone; Perry is becoming more diverse as a writer, which will untimely help him reach a greater audience. In fact, both of these playwrights have paved the way for future writers, and have also shown writers that you don't have to stick to one genre; you can be a diverse writer.

What is one of your favorite genres to write in:

Anna Grace Carter: I like to write in sci-fi genre

Erin Moughon: Weird. Is that a genre? I like to write weird and dark. Twilight Zone? could that be the genre?

Tony Tambasco: All of them, when the play is well written. I tend to find it important to explore plays in a multi-dimensional way: for instance, finding those moments of humor and romance in Hamlet is essential to the tragedy. Finding some moments of danger and heartbreak in Shrew helped drive the comedy. I do tend to be a little bit skittish when it comes to modern comedies, however, especially when they're by a relatively inexperienced playwright: they tend to rely too heavily on a single joke, and don't always land the punch line quite right.

Kristy Chambrelli: I like to direct pieces that are non-linear, absurdist, pieces with wacky family or relationship dynamics, thrillers, dark comedy and physical comedy. I like to use a lot of movement in my work so pieces that can be viewed through a physical theatre lens also appeal to me.

Chris Erlendson: My favorite genres to direct are sci-fi or fantasy stories. But I enjoy any play grounded in character relationships or spirituality.

Name two plays you enjoy and why:

Tony Tambasco: Shelagh Stephenson's An Experiment with an Air Pump remains one of my favorites. I love the way she places two eras of scientific discovery in a dialogue with one another while weaving threads of the humanities through both. The struggle for meaning doesn't change between 1799 and 1999, only the particulars of the great question: what does it mean to be human? And she presents all this in language that is every bit as rich and colorful as the painting that inspired her, and so musical I can almost hear the sonatas coming off the page when I read it. I consider myself privileged to have had the chance to direct this piece for Clarkson University in 2009, and while that was an ideal venue in many ways, every time I come back to it I keep finding more, and I hope to be able to revisit it some day.

I'm also quite partial to Bryony Lavery's Frozen. Lavery presents, unflinchingly, humanity at its most ugly, horrifying, and depraved, and peers through that horror to find Grace, even in the most twisted of places. And again, he language is so poetic that, with the right cast, you'd swear the play was written in verse.

Kristy Chambrelli: Little One by Hannah Moscovitch - This, for me, contains is one of the craziest modern-day family dynamics in literature. It literally jumps off the page and scares the living daylights out of you. You are constantly left wondering what is going to happen next. It is a struggle for you to decide what is real and what is perception when you think about your family.

References to Salvatore Dali Make Me Hot by José Rivera - I love how Gabriela personifies all of the animals and objects around her and you are constantly wondering - is she crazy, or lonely or is it all a dream? The way her worlds are woven together gives the play a dance-like quality that leaves you constantly guessing.

Chris Erlendson: Radio Island by Liza Birkenmeier - I saw this play at Rattlestick Theater, as part of a series introducing adventurous new works. This was a thrilling modern drama that centers around a crisis negotiator as she deals with her job and cares after her injured mother at the same time. I really liked the scope the story considered. It portrayed both the global and financial stakes of an international hostage situation as well as her relationships with her mother and girlfriend.

H.O.M.E. by Angelica Rivera and Mar Z. Phan - This was a play about young superheroes, or “meta-humans”, and their experiences in a rehabilitation facility. The play had these several distinct coming-of-age stories. You saw these characters develop and struggle with their powers and inner demons. Then you saw what happens if they failed or succeeded to conquer them.