They're just not intimidating at all. 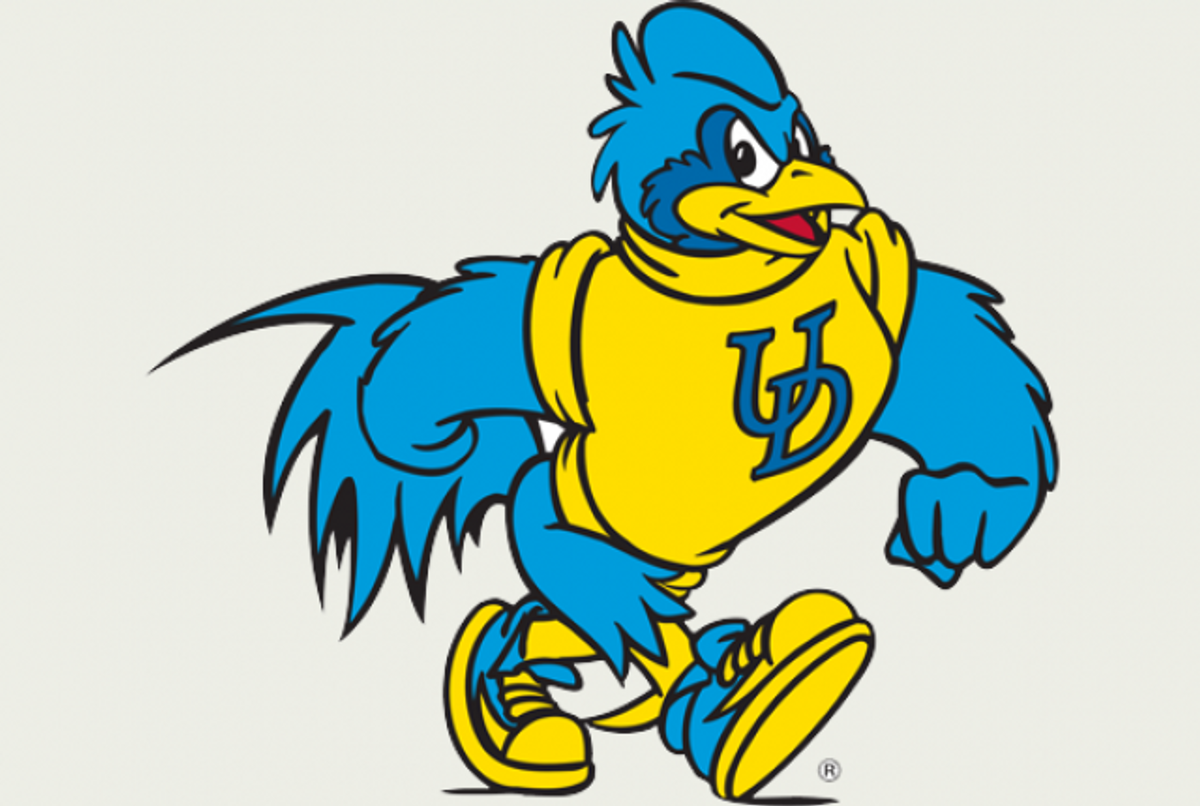 A cross between KFC’s Colonel Sanders and the Planter’s peanut man, the Austin Peay State University’s mascot is by far one of the least intimidating. It isn’t likely that the monocle and mustache instill terror in any of their rivals.

In case you didn’t know what the UC Davis mascot was, apparently it’s a blue horse with a creepy smile, and hands instead of hooves. Although this mascot’s genetic makeup is quite confusing, I still wouldn’t consider it intimidating.

I’ll admit, UC Irvine’s mascot is pretty ripped. However, its face is just a little too awkward for me to take seriously.

It’s safe to say that I was pretty confused when I first saw the Campbell University mascot. Is this a dog, or a donkey wearing some sort of toupee? Try harder, Campbell.

I truly feel bad for this school’s mascot. The poor guy is wearing overalls, and his eyes just look really sad. Maybe it's because its school chose a wimpy mascot to represent them?

Thankfully, the smart individuals over at Stetson realized how weird it was to just have a hat as their mascot. As a result, the present-day mascot is a much smaller hat that is worn by a man. That's still not intimidating, but a lot less creepy.

With a kind face and even kinder hand gestures, it's safe to say that the University of Minnesota’s mascot is the furthest thing away from being intimidating. I can’t even hate on it. It’s just really cute.

Let’s be real, this mascot looks like the type of guy that everyone hated in high school. The Hawaiian shirt and flip-flops don’t intimidate me, but rather irritate me. The fact that he wears sunglasses indoors really doesn’t help his image either.

I think we need to start with this mascot’s choice of footwear. WHAT ARE THOSE? On a more serious note, a hen is a pretty odd choice for a mascot and not intimidating at all. Those shoes are pretty scary though.