Learning What Life Is About

Learning What Life Is About

Maybe life was simpler when we were kids, and I am on a mission to figure out why that is. 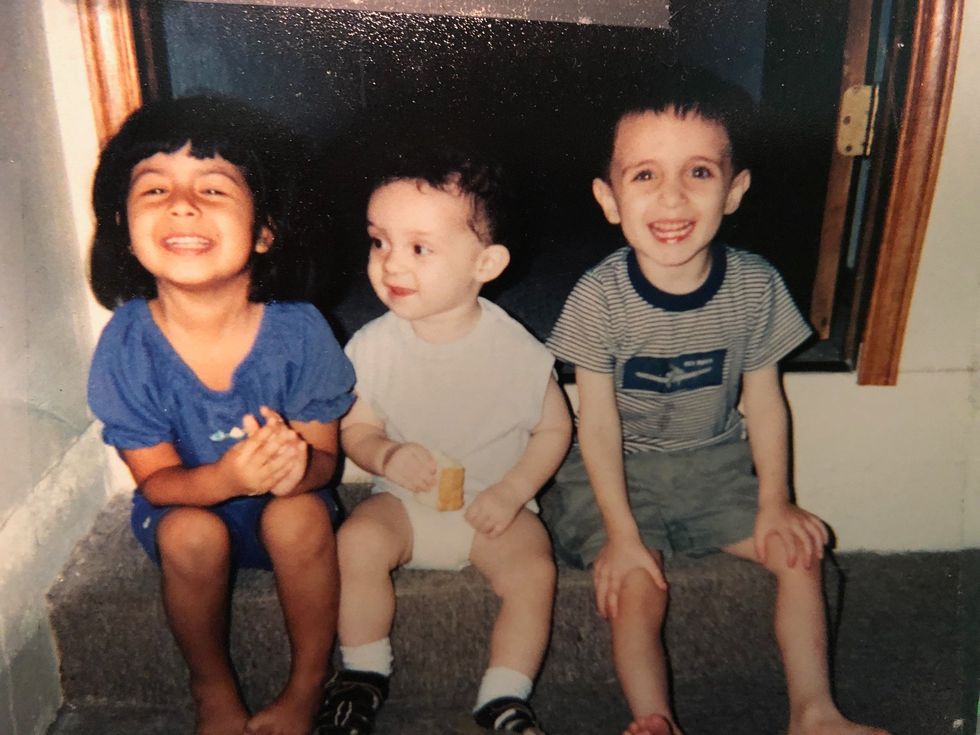 Sometimes people like to "share" their wisdom. And when I say wisdom, I mean what they have learned in their life...usually from their pain. It is odd when a stranger sits there and tells you what might be considered, "a bit much" but they say it for a reason.

These moments are never scheduled or planned. My mom has never told me, "Alyssa, after dinner I am going to validate your anxieties and cleanse your soul." No. That..never...happens. I wish it did but maybe I wouldn't appreciate them as much if I knew they were coming. The thing about these awesome random exchanges for me is: I feel like whatever chaos in the world paused and really tried to take the time to make sure I knew it was thinking of me. (I know everyone has different beliefs but just think for a moment whatever you believe in that it brought clarity).

Working in customer service (ugh, adult verbage) allowed such frequent encounters. I remember working retail, the worst experiences of my damn life and this woman was aimlessly choosing shoes while simultaneously ruining my displays (that's right consumers, everything you touch WE HAVE TO PUT BACK INTO PLACE). I figured I would go up and ask if she needed help, she sharply said, "No. I do not need your assistance." Yikes. I went back to cleaning my department then a little later I heard her sniffling...Now, retail workers are not therapists, I hardly got paid enough to do as much listening as I did when purchasing something is meant to be a simple transaction (verbally and financially).

I will spare the small talk but this lady was distraught because her son was a disabled child and he wanted to play. This little boy wanted to play on a playground like all the other kids his age and he could not. See, that might not strike anyone's heart chords but I loved the damn swings and slides when I was little. Heck, I love the damn slides and swings now. I could not imagine a child who was denied this awesome experience. Then it hit me, yes I could imagine. For a minute there, my cousin could not move, let alone get on a damn slide. It hit me like a rock when I remembered the only source of fun my cousin, brother, and I could enjoy together was watching Joshua (my cousin) race down the handicap ramp in the living room. Or he would wheel himself outside and watch us play. Either way, the three of us could not play together.

I lost my employee shell for a minute and spoke to her as a human being who shared that pain. I told her to not give up, I told her I lost my baby cousin before he could learn to drive, before he could know what it felt like to fall in love, before he could even experience what life could've given him. I told her about my cousin Joshua who lost that brother and had to learn to walk again and learn to trust again...like a child. She cried so hard that my manager came to my section. The last thing I said to her was, "I don't have the chance to fight for Jacob anymore. You have the chance to make your son happy, keep fighting."

That was four years ago. I don't know if anyone has seen the "all inclusive" parks around but when I did, I just can't help but wonder if that lady had something to do with it. I love going to those parks. I think of Jacob passing away at eight years old and having the ability to slide down the slide but...he's not here anymore. I think of Joshua and how he lost so much at such a young age and still was able to have fun. (Ya'll should've seen his face when he would drift down that ramp in his wheelchair).

If you ever see me at a park on a swing or singing along to Disney songs, it is because of my "wisdom," and my pain. When I cannot think of a reason to keep going, I think of Joshua and Jacob as brothers. I think of how goofy they were and how my own brother and I gained Joshua as a brother when he lost his family. I will never let go of the child I am at heart because of the childhood Jacob never had.

Don't forget to take a minute to see the good in your own life. There are so many wonderful reasons to be alive and sometimes it is as simple as feeling like a kid again.

11 Pieces Of Advice From A Sarcastic Bitch

If You've 'Let Yourself Go,' Just Listen To Your Body And You'll Find Yourself Again

10 Disney And Pixar Movies That Made You Tear Up, Don't Deny

Fiction On Odyssey: The Past That Change Us, Part 1

How I Became The Healthiest Version Of Myself