And how to prevent it! 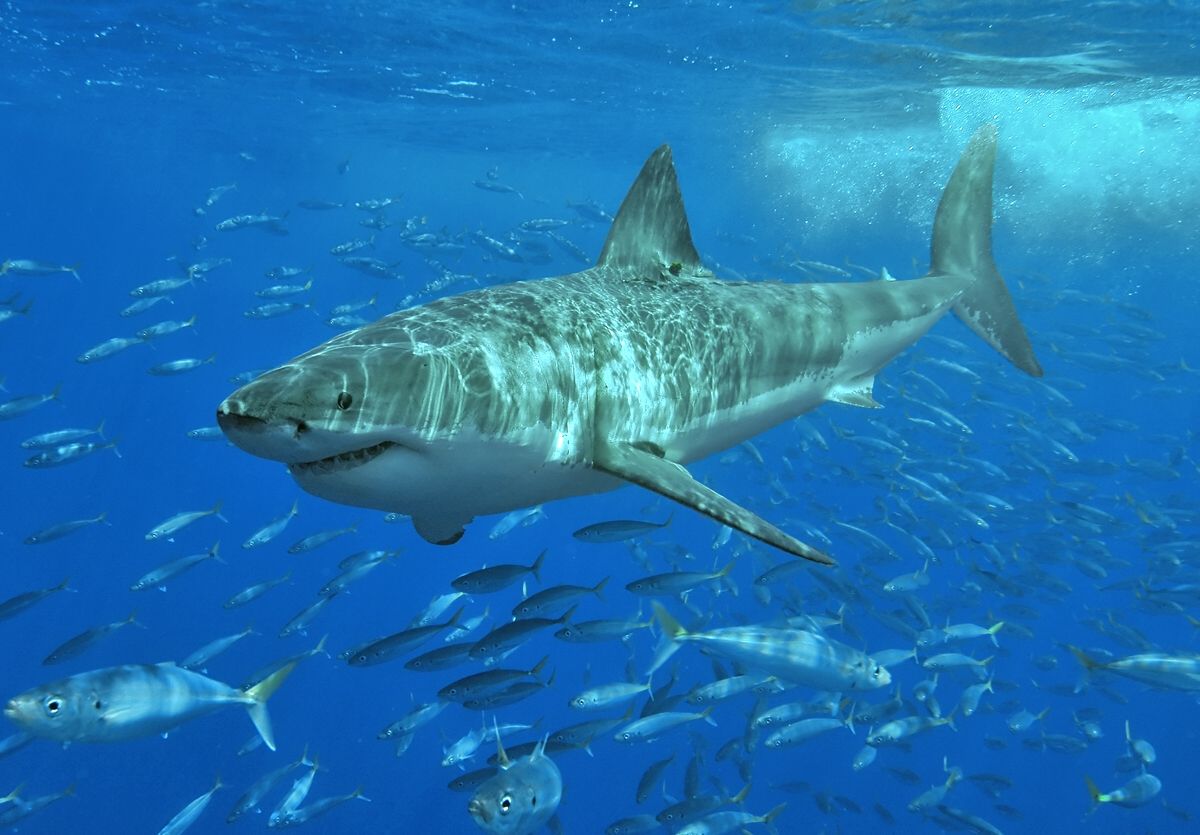 There's a whole lot of other things that can kill you besides a shark - you've seen the ridiculous (but entirely true) statistics about the likelihood of getting bitten by a shark and the likelihood of everyday things to seriously maim or kill you instead, such as vending machines, cows, and driving your car. Your car isn't unknown, so it's not scary - sharks, however, are. As a self-proclaimed fish nerd, there's a few things you should know about shark bites, though, to know they aren't mindless killers.

This is a common theme of shark bites. Watch any documentary about shark attack survivors, and at least one always says they feel a bump or two before the attack happens. If you feel some kind of large creature bump into you, that might just be a shark trying to figure out what you are. Aside from the typical "Jaws" style fin sighting, that's pretty much a way to know if one is in the area taking a curiosity to humans. If someone near you audibly says they felt something bump them (and it wasn't another person) - it's probably a good idea to move away/inland.

If you're in water and can see a shark, watch it's body language. Sharks will appear to puff themselves up when they're being aggressive, typically with their pectoral fins pointing downward. It's worthy to note however, according to some studies, these visible "hunches" can last a different amount of time per shark species.

Sharks, when feeling threatened, also tend to exaggerate their swimming posture, and can be quite skittish or jumpy, depending on the species. All of these behaviors noted are aggressive behaviors if a particular animal is taking an interest in you.

Seal colony nearby? Bad idea. Large shoal of fish nearby? Probably best to keep your distance a bit. Even if sharks aren't nearby, there are plenty of shallow to mid-water predators that pose a threat to you. These include young and sub-adult barracudas, morays, shark pups and young adults, and needlefish - some species don't necessarily blatantly attack. Needlefish have been known to be particularly skittish, and have reportedly punctured the organs of snorkelers in the past.

4. Know the species in the area.

Pictured is the usual suspect in shark attacks - bull sharks. Bull sharks are one of the reasons you need to know what shark species are nearby. Male bull sharks have the highest testosterone level than any other species on the planet. Female bull sharks (according to Scientific American) have higher testosterone levels than bull elephants during mating season. In other words, that's why they typically are the culprit in shark attacks. Wherever you are going, find out if bull sharks are around or have been sighted recently. Other common suspects are the Tiger Shark, Oceanic White Tip, and Great White. Most other shark species typically don't attack humans.

5. Don't swim in a hotspot/areas with certain activity.

Lot of sharks known to be in the area? Don't go. Really. Don't. If you see dolphins and birds - avoid that area. In the end, they're looking for the same thing: food. If fish in the area seem to be evading a predator, you may just want to assume the predator is a shark. Don't go near fishing boats, either - fishing boats represent food. If a shark attack has occurred there recently, don't go.

Splashing a lot is a bad idea. Being near a dog swimming in the ocean (splashing a lot) is a bad idea. Sharks have a sixth sense of receptors, as you probably know, to detect changes in water activity and electromagnetic fields. This system is known as the ampullae of Lorenzini - this system is among the most sensitive parts of a shark, and it is crucial to their survival and detecting prey. Simply put: don't be mistaken as prey, as most sharks simply bite and don't actually consume the victims.

Another big trigger is shiny objects, like jewelry, or bleeding of any kind. And make sure you don't make a silhouette of a seal - surfboards can make you look strangely similar.

7. Swim at certain times of the day with a group.

Swimming at dawn or dusk increases the likelihood of an attack. And when you're swimming, always swim with a group. Certain times of the year, in addition, can increase the likelihood of being attacked due to pups frequenting shallower water just after mating seasons.

Sharks aren't mindless killers - they are calculated predators that are simply trying to survive. You're in their home - and it's best you learn their ways of life.