I Learned Everything I Need To Know At The Kitchen Table
Odyssey
CurrentlySwoonLifestyleHealth & WellnessStudent LifeContent InspirationEntertainmentPolitics and ActivismSportsAdulting
About usAdvertiseTermsPrivacyDMCAContact us
® 2023 ODYSSEY
Welcome back
Sign in to comment to your favorite stories, participate in your community and interact with your friends
or
LOG IN WITH FACEBOOK
No account? Create one
Start writing a post
Lifestyle

I Learned Everything I Need To Know At The Kitchen Table

Home is where mom's cooking and dad's lame jokes are 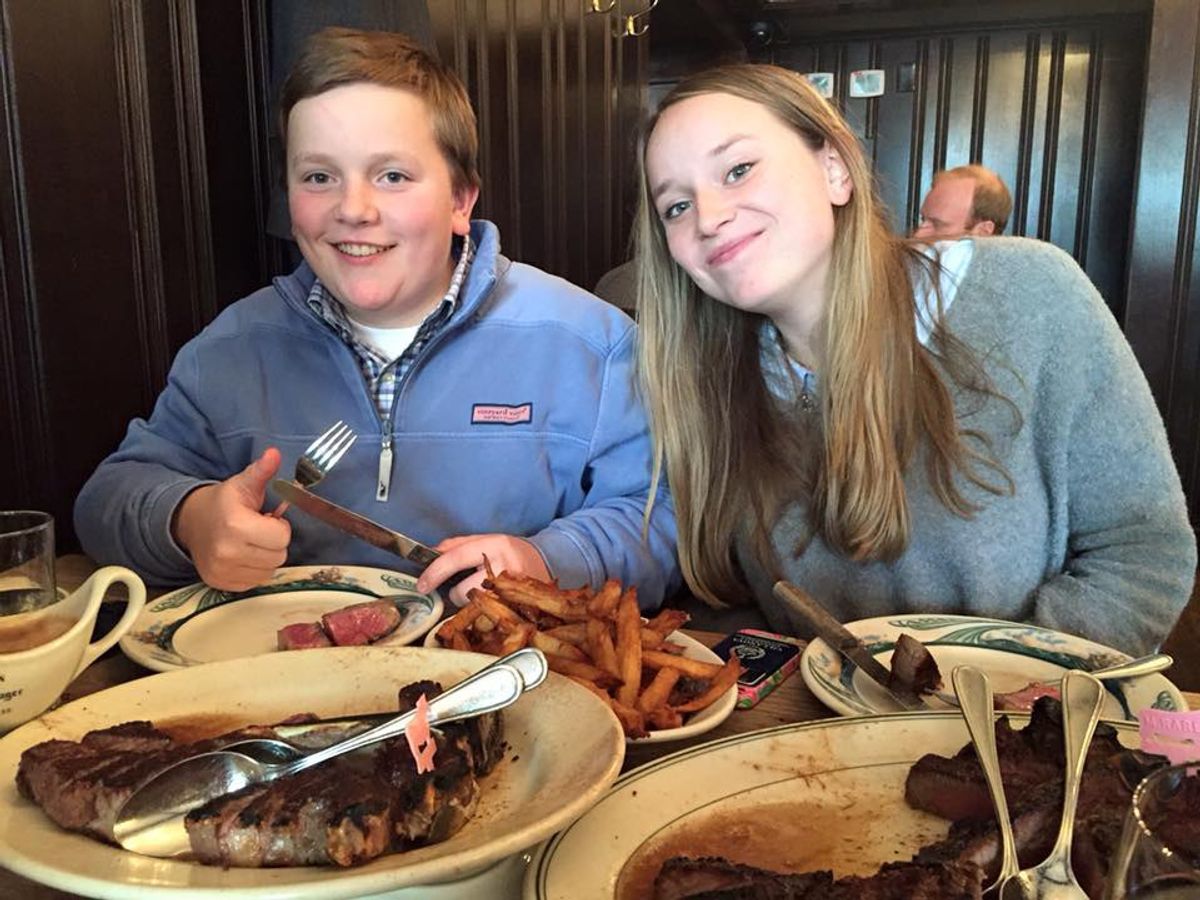 Some of my favorite childhood memories have taken place at my kitchen table. It’s where my parents told my little brother and I that we were going to Disney World. It’s where I opened my first college acceptance letter. But it’s also where I first cried to my mom over a boy. It’s where I spent far too many late nights writing countless essays and studying for endless exams.

Long story short, a lot has gone down at that table. But the best memories were the ones that took place on a day to day basis. Sure, Disney World is great and all, but there is nothing like a sit-down meal with my family after a really long day. Something I took for granted when I was at home 365 days a year was my mom’s cooking, my dad’s lame jokes, and my brother’s eye rolls. I’m so grateful my parents put as big of an emphasis on eating as a family as they did. I’ve learned a whole lot at those dinners. Here are just a few highlights.

2. Your mom really, really loves you.

She’s going to yell at you for using your hands or talking with your mouth full, but there is no one in the world that will ever love you more than your mom. The motivation for almost all of her actions is you. Be worthy of that honor.

I’m not going to lie, I was a hater. But then my mom tossed them in with some butter and bacon and my opinion took a 180. I would highly recommend trying these.

4. Your little siblings will always look up to you. (Even if they’ll never say it out loud.)

No matter where I go in life, or who I become, I know that I want to be someone that’s worthy of my brother’s admiration. He’ll deny it to his grave but I know that he secretly does view me as a role model. Or, at least, he’ll never put his napkin on his lap until I do.

5. You don't have to prove anything to people who truly love you.

Conversations around the dinner table are one of the most open environments I’ve ever had the honor to be part of. I can say whatever is on my mind and my family doesn’t judge me. It’s comforting to be in a completely open environment.

Yes, Dad, I know: the Nile is not just a river in Egypt. (Read it out loud and you’ll get it.) And even though my stubbed toe will heal by the time I’m married it’s still going to hurt like hell for now. I know all of the punchlines, by now, but I’m still going to laugh at every joke, every time.

7. You don’t get dessert unless you eat your vegetables.

Sometimes the spinach is hard to stomach, but you won’t get the ice cream without the green stuff first. Nothing worth having comes easy and you’re most definitely going to have to make some sacrifices along the way to get the end result you want.

8. Nothing takes precedence over family.

It doesn’t matter if someone is on the phone telling you that you have won the lottery, no one picks up the phone at dinner. With how busy we all are, it’s rare that everyone is in the same place at the same time, therefore, the time we do get to spend together has to be cherished. There is truly nothing more important than family.