When Did Labor Day Become A Celebration Of Capitalism?

When Did Labor Day Become A Celebration Of Capitalism?

How we celebrate Labor Day has come a long way, but have we? 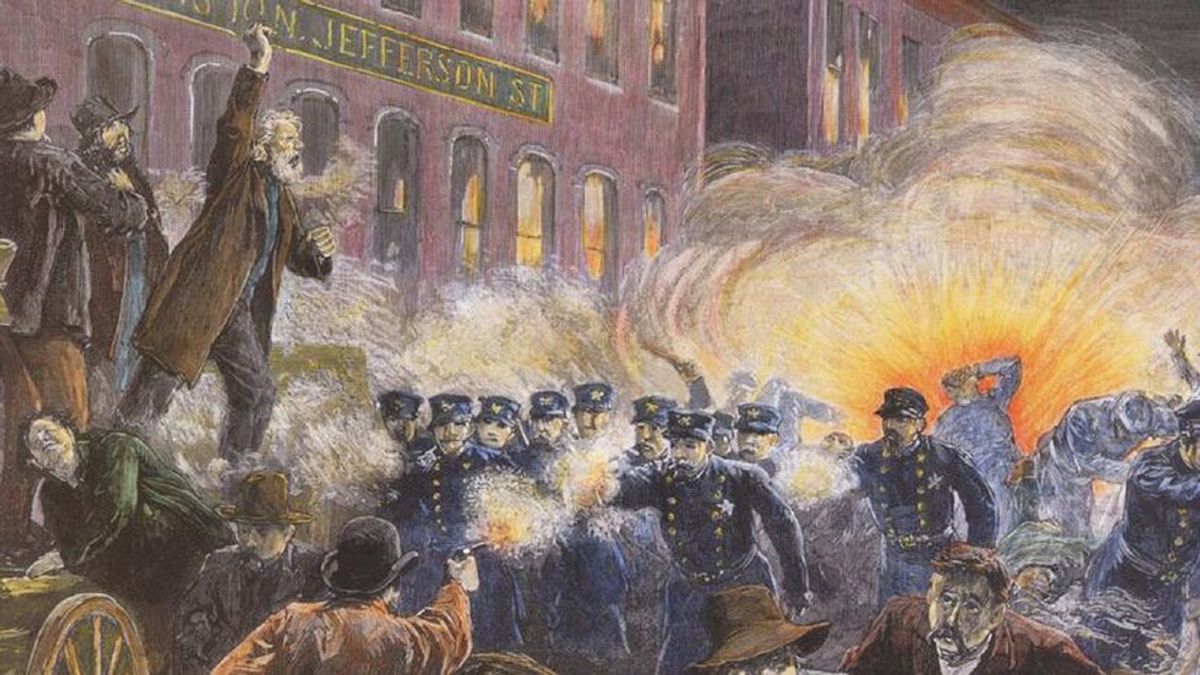 Millions of Americans have just enjoyed a long weekend, and many have gone out and gotten some shopping done, but this is a far cry from what our ancestors intended by the making of this holiday.

About 1 in 4 workers did not enjoy a day off on Monday, with studies showing that those workers are most likely the ones with the lowest wages to begin with. Meanwhile, executives and CEOs can comfortably cushion their pockets from profit made from Labor Day sales. As one Tumblr user put it: "It’s really depressing how Labor Day has gone from 'give laborers a day off' to 'give white collar office workers and executives a day off but make retail laborers work so that executives can get a latte on their day off.'"

This won't come as much of a surprise to most people, as we are rapidly becoming a nation with the highest rate of income inequality and a more polarized system than ever. However, the degree of ignorance to what the lower class and lower middle class go through, is shockingly apparent wherever one looks. My favorite example of this came from Texas Governor Greg Abbott last year:

Yep, he really said that, and yes, the tweet is still there for anyone to see. Abbott faced a lot of backlash, but never actually recanted this statement from what I can tell.

I will admit, however, that unless you've read up on Labor Day's history, Abbott's tweet may not seem very offensive, especially because most people probably won't spend their free time reading up on a holiday that to them symbolizes another day to ignore their homework before classes return on Tuesday. However, the irony in his statement is still mind-boggling.

Labor Day was created in the midst of the industrial revolution in 1894 when over 100,000 railway workers across 27 states went on strike. The halt in industry had a domino effect on the national economy and soon became a crisis, which led President Cleveland to make Labor Day a national holiday in hopes that this PR move would persuade strikers to go back to work and assuage public outcry.

However, laborers weren't satisfied and continued their protests. Six days after Labor Day became law, Cleveland sent 12,000 federal troops to break up protests under the reasoning that the impediment to the U.S. postal service was a federal crime. Protesters and troops collided in violence

Additionally, Labor Day was also proposed by Cleveland and others as an alternative to May Day, which had for almost a decade been used as a day to commemorate the movement for fair labor following the Haymarket Affair. The Haymarket Affair was another protest back on May 1st of 1886, when a peaceful Chicago rally demanding the 8-hour workday was bombed, and police opened fire on protesters. There was no evidence of who planted the bomb, but protesters were still blamed, four of whom were executed.

So, it should be easy to see that Labor Day came about as a direct result of unionization and the fair labor movement. It isn't a day to press political anti-Union ideology or promote false promises of a practically unreachable American dream. Not when many across the country face discrimination from Union activity every year. Not when unfair work practices disproportionately effect racial and gender minorities. Not when it is legal to fire a trans person for coming out of the closet. Not when America has returned to pre-Great Depression levels of inequality. Not today.