"La La Land" To Dream Or Not To Dream

"La La Land" To Dream Or Not To Dream

For all the dreamers out there, this one is for you. 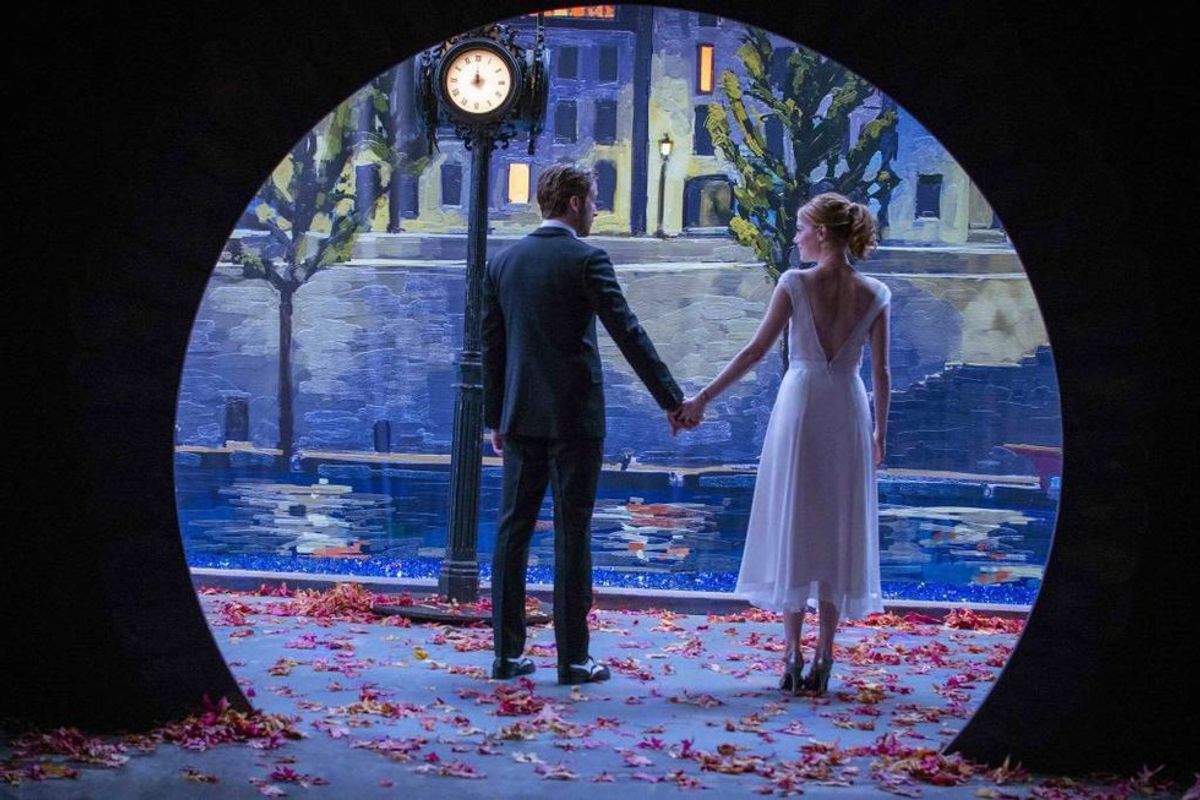 Emma Stone belts her heart out, bringing audience members to tears in Damien Chazelle's "La La Land." This film is not only aesthetically pleasing in cinema-scope but the narrative of Mia (Emma Stone), an aspiring actress and Sebastian (Ryan Gosling), a jazz pianist is genuine and all too real, tbh.

WARNING: Spoilers ahead — no specifics, but still there are a few giveaways.

Yes, there are musical outbursts of dancing and singing that don't seem realistic--but, c'mon. I mean, it's a musical, people! Get. With. It. "La La Land" brings to light this notion of cinematic magic, this ultra high sense of whimsical ethereal-ness of song and dance a la "Singin' in the Rain." After taking in all the beautifully shot scenes, one begins to notice how Chazelle simultaneously crafts the nature of Mia and Sebastian's relationship within the constantly changing background of Los Angeles and how incredibly fitting it is today in a world dominated by millennials.

It is here, within the highs and lows of their relationship, that makes their story truly special. Even before they met, each had their own individual dream. For Mia, she aspired to become an actress, a star in the pictures. For Sebastian, he wanted people to appreciate and really listen to jazz, to open his own jazz club. Their passions drove the film, and that's what made it exciting to watch. In wanting to remain true to their dreams, however, there were decisions that were made that certainly made it difficult for their relationship to endure.

Unlike the traditional Hollywood romance wherein the said boy and girl live happily ever after, Mia and Sebastian don't. Now before chaos ensues, let me explain why this is okay. Despite the fact that this is a film, where all these fantastical instances of breaking into a perfectly choreographed dance or synchronized singing are dramatized, the relationship between these two characters isn't.

What Mia and Sebastian had, what their story represents is a real and genuine telling of what happens when two people are caught at a crossroads between choosing what it is that they love, what they live for vs. who they love. And at the end of the day, each person fulfilled their dreams, albeit alone. Mia landed the audition, traveled to Paris and became a prominent actress. While, Sebastian's jazz club became a success; he played and listened to the music that he loved.

I have to admit it, it took me some time to get to the conclusion that them not ending up together was okay. As a hopeless romantic, I'm down for any on-screen romance that involves Stone and Gosling #alldayeveryday. But in all seriousness, "La La Land" portrays relationships as they are. They are difficult. They are messy. And that's okay, because if they didn't hurt then that means they didn't matter.

In reality, things don't work out. One has to move on and keep dreaming because that's what makes life worth living.

So from all the dreamers out there, myself included, thanks, "La La Land."