Yes, I'm prepared for the hate storm I'm about to get. 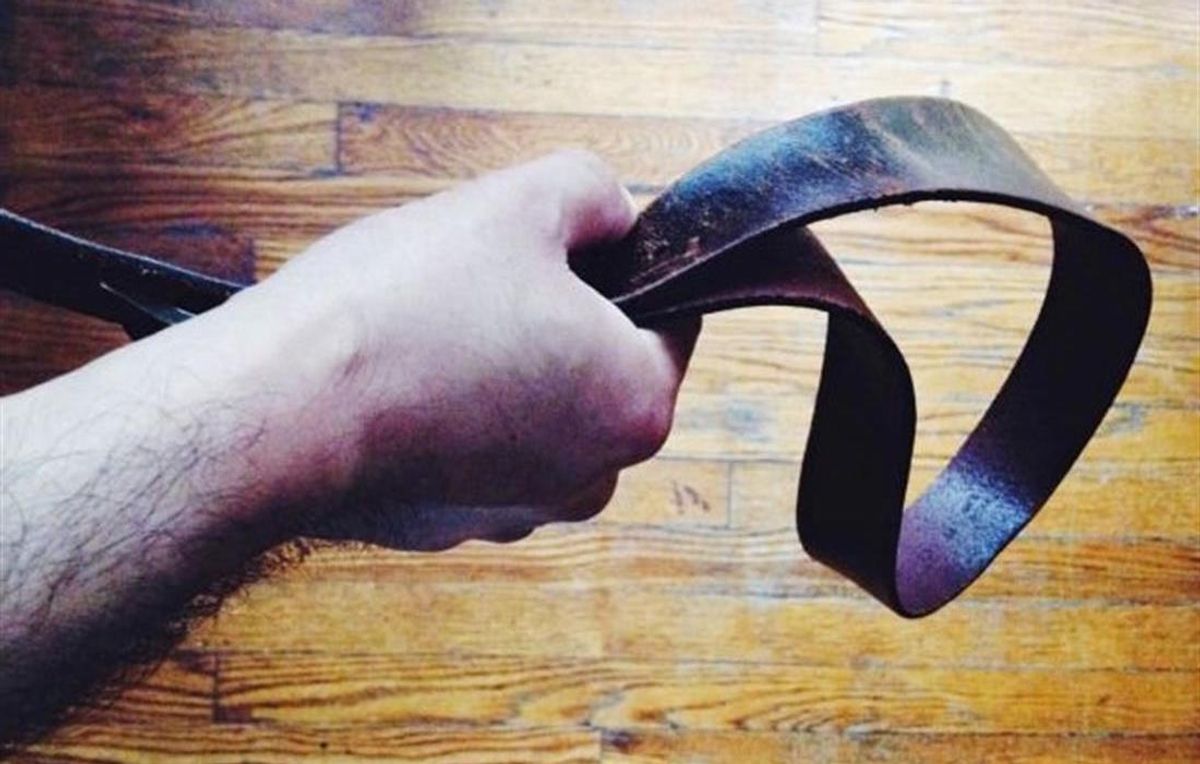 Call me old-fashioned, but when I look back I'm thankful that my family spanked me as a child.

There has been so much debate on whether or not spanking children harms them psychologically down the road. Studies have shown it does and it doesn't. So-called "pediatric experts" have sworn off spanking for good.

I only see one problem with this: there is a lack of discipline in kids being raised in Generation Z, and I've witnessed it first hand. Parents are letting technology raise their kids, as two-parent households often have both parents working and little face-to-face time between parents and kids. With a lack of actual parenting comes a lack of actual discipline.

Back in the old days, as my parents would say, they had to take hickory "switches" off the the limbs of hickory trees whenever they got in trouble so they could be disciplined with them. While some may find this extreme by today's standards, my parents and grandparents enacted the same kind of discipline onto me with a leather belt.


By doing this, my parents taught me at a young age that their word was the law, and that any disobedience from the law would leave my rear end sore for the next week. I was by no means a bad kid growing up, but every kid makes mistakes growing up and has to answer to their actions. When I was 10 years old, I told my mom to "shut her mouth" after she was bragging on me to some adults at the local tire store and maintenance shop.

There is no greater fear that enters a kid's mind than when they hear "your daddy is gonna whip you when he gets home."

Never has my gut wrenched more than during that ride home to receive my spanking. All the begging and pleading and apologizing meant nothing because of the disrespect I showed my mother. But even more so, my mom said for the first time in my life that she was "disappointed in how I behaved."

I begged and I begged my dad not to spank me with his belt. I would have rather spent all week out in the garden picking peas than get one of his spankings. But as he bared me against the refrigerator he said "I'm doing this for your own good, one day you'll thank me."

That was the day I knew I didn't ever want to get a spanking again, and more importantly, I didn't want to disappoint my parents again. That's why I say that my parents' words still carry weight today: guilt is a greater motivator than love. Fear of disappointing.

I don't think my parents "abused" me like many people would make out strong disciplining parents to be. I'm thankful my parents spanked me for doing wrong.

It made me realize that every action I make has consequences. I attribute those spankings to always making me think three or four steps ahead of my actions before I make them, which has kept me out of a lot of trouble and has made me wiser.

So many parents threaten their kids with spankings but never do it. I've seen this first hand, and I know that all it does is encourage more unruliness in kids because they can cross the line as much as they want with no consequences.

Other parents don't discipline their kids at all. Some of these undisciplined kids go on to think that they can get away with anything and that the world is going to submit all of their demands because mommy or daddy never took the time to enforce rules and teach their kids respect.

No, I'm not saying beating your kids black and blue is a good thing. That's abuse.

No, I'm not saying that verbal discipline doesn't work. It does, as long as that discipline is backed up by action.

No, I'm not saying that kids who aren't spanked turn into bad adults. Plenty of friends weren't spanked growing up and they have all of their eggs in their respective baskets.

I think my parents achieved the perfect balance in their discipline. It only took one or two good spankings in my life, and all they had to do was give me "the look" when I was doing something they didn't like.

Hate me for it or love me for it, but I believe physical discipline still has a place in our society.